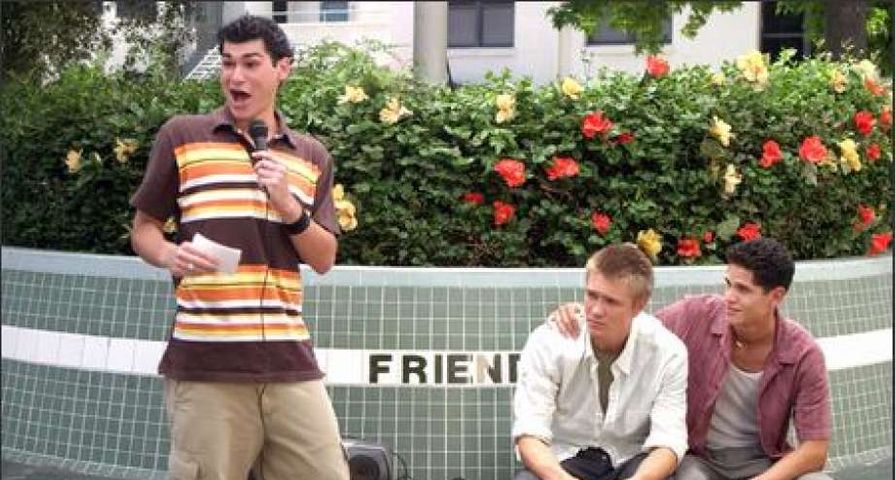 Celebrity deaths always make the headlines and often it seems are over-publicized for such a sensitive time, but that makes it all the more surprising when audiences and fans find out a star has passed away years before and they didn’t know. Looking back on some of the most popular teen films from the ’80s, ’90s and 2000’s, audiences often wonder what happened to the stars, and while some simply slip off the radar and out of the spotlight, it is shocking to learn that some have actually passed away. Here are 13 stars from former popular teen films you didn’t know had died:

Thuy Trang was one of the most recognizable young stars of the ’90s, thanks mostly due to her role as Trini Kwan otherwise known as the Yellow Ranger in the Mighty Morphin Power Rangers series. She additionally starred in the popular 1996 film The Crow: City of Angels but that would be her final role before she passed away on September 3, 2001 following a car accident. She was only 27. Trang and her friend Angela Rockwood were traveling in a car driven by a third friend when that person lost control of the vehicle. All three suffered severe injuries however Trang died en route to the hospital due to internal injuries she sustained from the accident.

Although Jonathan Brandis got his start in the ’80s, he catapulted into one of the biggest teen icons of the ’90s with roles in Ladybugs and Sidekicks and then with big roles as Bill Denbrough in Stephen King’s supernatural horror miniseries It and as Bastian Bux in The NeverEnding Story II: The Next Chapter. He later went on to star in the series SeaQuest 2032, which became his most memorable TV role, but on November 12, 2003 he passed away at only 27 after suicide by hanging. While the star did not leave a note, friends quickly speculated that Brandis had become depressed over his waning career and had also begun drinking quite heavily.

Many might not recognize the name Josh Ryan Evans, and those who do probably best know him from his role in the soap opera Passions. Evans however also starred in the 2000 live-action remake of How the Grinch Stole Christmas where he portrayed the character of a young Grinch. Evans continuously battled health issues due to his achondroplasia, a form of dwarfism, and at only 20 years old he passed away. On August 5, 2002, Evans died during a medical procedure in San Diego from complications related to a congenital heart condition.

Taylor Negron had amassed 130 acting credits to his name over his incredible career before his death. After getting his start in 1979, it wasn’t long he appeared in one of the most iconic teen films of all time as the pizza guy in 1982’s Fast Times at Ridgemont High. Of course, his film credits well exceed the film and he quickly became a recognizable star, but many don’t realize that he passed away in 2015. Negron died seven years after he was diagnosed with liver cancer.

Ashleigh Aston Moore was known to every young girl/teen in the early ’90s thanks to her starring role as Chrissy in the iconic coming of age drama Now and Then. Following the film, Moore’s career waned and by 1998 she was no longer acting, which means when she passed away in 2007, many had no idea. Moore died on December 10, 2007 in British Columbia after an accidental heroin overdose.

Christopher Lee Pettiet might not be a name many remember now, but back in 1991 he got his big break in the cult comedy Don’t Tell Mom the Babysitter’s Dead alongside Christina Applegate. He then landed his big TV role in Young Riders as Jesse James and while his future seemed bright, after the film and then Young Riders ending after only 21 episodes, he had trouble landing another big role. Pettiet died at 24 years old in 2000 from an accidental overdose after which his former acting coach founded a scholarship in Pettiet’s name to help young actors.

Sammi Kane Kraft only had one acting role and it was a major one. Kraft starred in the 2005 remake of Bad News Bears as Amanda Whurlitzer, and only two years later she tragically died at the age of 20. Kraft was the passenger in a car that rear-ended a semi truck before striking another vehicle. She was pronounced dead from her injuries at Cedars Sinai Medical Center.

In the early ’80s there was no bigger up and coming actress than Dana Hill. She starred in Fallen Angel, Shoot the Moon and Cross Creek, but without a doubt her biggest role was in 1985’s National Lampoon’s European Vacation as Audrey Griswold. With a lot of promise in Hollywood, Hill continuously struggled with her Type 1 diabetes diagnosis which mounted more and more health problems for the star. Then in 1996, at only 32 years old, Hill slipped into a diabetic coma and after suffering a massive paralytic stroke a month later she eventually passed away on July 15, 1996.

Alexa Kenin wasn’t a leading lady but you couldn’t miss her as the supporting actress in 1980’s Little Darlings, 1982’s Honkytonk Man, and most notably in 1986’s Pretty in Pink. Kenin starred in the iconic film as Andie Walsh’s rough-around-the-edges friend Jena Hoeman. Unfortunately, Kenin would never see how legendary the teen film would become as she died in September, 1985 at only 23 years old from an accidental drug overdose. Pretty in Pink was released the following year and 1989’s Animal Behavior in which she starred as Sheila Sandusky was also released posthumously.

Rob Knox may not be a name that many recognize, but the film he was in sure is. Out of his handful of acting roles he landed before his untimely death, Knox starred in Harry Potter and the Half-Blood Prince as Marcus Belby. Belby was of course one of the “special” students selected by Horace Slughorn to be a part of his Slug Club dinner parties but disappoints Slughorn when he reveals he actually doesn’t have much contact with his impressive Uncle Damocles. Unfortunately, Knox never got to see himself in the role as he was killed at 18 after being stabbed outside a bar in East London. Knox had stepped into a fight to protect his younger brother when one of the men threatening his brother fatally stabbed him.

When Brad Bufando passed away in November of 2017, headlines noted him as a Veronica Mars actor, but there is another role that most teens of the early 2000s would recognize him from. Bufanda portrayed David, one of the best friend’s to Chad Michael Murray’s character Austin Ames in the beloved 2004 teen rom-com A Cinderella Story. David was the friend who set up the lineup of ladies claiming to be Austin’s Cinderella and the friend who hit on Austin’s ex-girlfriend at the Halloween homecoming dance. Along with A Cinderella Story, Bufanda’s biggest roles were on Days of Our Lives, Veronica Mars, and Co-Ed Confidential. On November 1, 2017 Bufanda committed suicide by jumping off his residential tower of his apartment community in Los Angeles. He was only 34.

Back in 1987, there was no bigger teen film than Can’t Buy Me Love and while it marked the big break for beloved actor Patrick Dempsey, it was Amanda Peterson as Cindy Mancini who stole the show. While both gained teen idol status because of the film, fame became too much for Peterson to handle and in 1994 she effectively quit the entertainment industry. The early 2000s brought five arrests for the former star and her father revealed she had previously battled a drug problem, only adding to her personal life problems. On July 3, 2015, Peterson passed away at her home in Colorado only five days before her 44th birthday and an autopsy revealed she had died of an accidental drug overdose and had experienced a “morphine effect” that led to respiratory failure which triggered her death.

Jesse Nilsson first got his start in the popular after-school teen series Ready or Not and went on to appear in films such as Teenage Space Vampires, The Skulls and The Piano Man’s Daughter, but his most popular role was in 2000’s Model Behavior. The Disney film co-starred Maggie Lawson in two roles as both shy and insecure teen Alex Burroughs and famous teenage model Janine Adams, and Justin Timberlake as a young male model interested in Janine. Nilsson starred as Eric Singer, the most popular guy at Alex’s high school who agrees to go out with Alex when she and Janine switch places to live each other’s lives. Nilsson’s career seemed to be heading in the right direction, and many were taking notice of him before he tragically passed away at only 25 years old on April 25, 2003 from pneumonia-related heart failure.