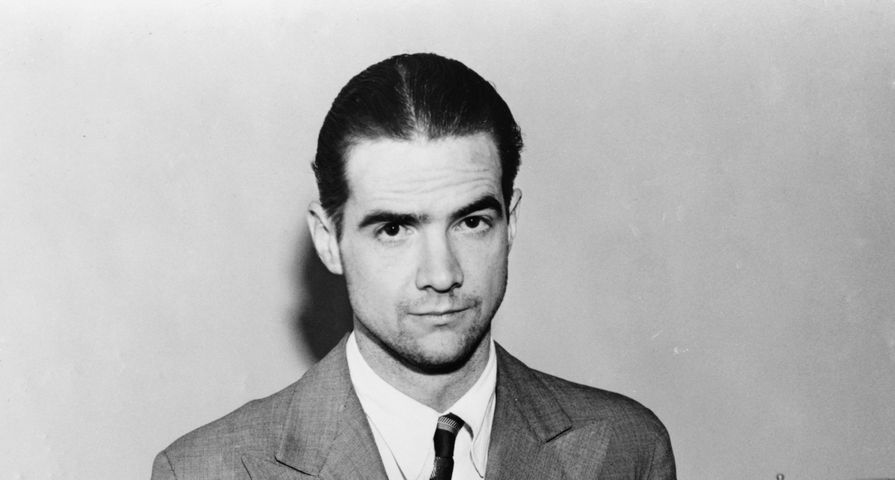 When you have millions of dollars, it would only make sense to have a will… yet, people don’t. It is estimated that over half the United States population, celebrity or good ole regular folk, don’t have a will. The following celebrities may have had millions at the time of their death, but they didn’t offer any direction to legal powers, suggesting where the wealth should go. Except in the case for a late legend, who had a will, but “sound mind and body” were briefly challenged.

Amy Winehouse was an incredibly talented singer and songwriter, but considering her talents, foresight wasn’t a strong suit. A member of the infamous 27 Club — celebrities who died at age 27 — Amy didn’t really consider anything outside of any given moment. She had millions of dollars at her disposal, but there was no real thought as to what she might do with that money if she died prematurely. Therefore, she never drafted a will. Yes, it was first reported that Amy drafted a will, but later revealed that her estimated $7 million estate was left into the hands of the legal system before being awarded to her parents. Her ex-husband, Black Fielder, was potentially in the mix of an original draft, but was left out of the fortune when Amy died in 2011. Some have imagined that her original will included him, but was never amended after their split.

Tupac Shakur lived fast, and died young. Unlike many celebrities his age, he had an incredible grasp on foresight. Most are well aware: the man known popularly as 2Pac, was gunned down in Las Vegas, Nevada, at 25, the victim of an ongoing, juvenile, east coast/west coast rap feud. Still, he thought ahead to lay down as much track as possible in the studio, providing for serious, posthumous earning potential; however, he had no will to offer specific parties his growing estate at the time of his death. This forced his mother — his closest surviving relative — to enter into a legal process in order to obtain the rights to his estate and legacy. Fortunately, Tupac was able to offer his mother the financial peace that he always desired, but something tells us that was the least of her concerns considering the bigger picture.

Learning that Sonny Bono didn’t have a will was a relative shock for his fan base, constituents and friends, but it was a total nuisance for his family. Without a will, there was even more legality to sift through after his untimely, and unexpected death. It didn’t help that his widow, Mary Bono, became engaged in a battle of “this is mine,” with Sonny’s ex-wife, Cher. And of course, there was an illegitimate child who showed up to the legal proceedings demanding a share of inheritance. This is the reason you draft a will, people. Unless you simply hate your family and friends, have a good amount of money and want to have a sinister last laugh from beyond the grave. Not to suggest that of Sonny. He was a swell fella. Sadly, handling his legal affairs relating to legacy wasn’t his forte.

Who got his voice, when Barry White died? Sadly, none of his warring relatives. Fortunately for us, Barry’s smooth bass vocals have lived on through the magic of music. Barry passed away in 2003 at the age of 58 after a long battle with various health issues. Ultimately, failed kidneys led to a stroke, which led to a debilitated lifestyle for the musical legend. When he passed away, he had a long list of current and former dependents, including eight children, two ex-wives and a current lady love with an alleged love child… but he had no will. One might think a business manager would suggest drafting a will as things took a turn for the worse, but according to Barry’s legal team, no such document existed. This created for a very interesting hash-out between surviving family members.

When Bob Marley was diagnosed with cancer in 1977, it was a prolonged death sentence. He knew that it was a matter of time before he would succumb to the disease, which happened four years later, when he was only 36 years old. How did he not draft a will in that four year span? The music legend claimed his religious beliefs disallowed for such a document. We’re not experts in Rastafarian culture, so who’s to say if this was letter of the law, or intent of the law stuff. Bottom line, Bob didn’t leave a will, and led to some serious headaches among surviving family members. Perhaps he didn’t realize how influential he would be down the line. His body of work continues to rake in 10-figure sums annually. After his death, his attorney convinced his widow to forge some documents so she might manage the estate.

He left a long, relatively coherent, yet drug influenced suicide note, but no will. Kurt Cobain shot himself in 1994 at the age of 27, and the legal battle began over claims to his very impressive estate. Not only that, but his growth potential became ever greater posthumously. Kurt was married to Courtney Love at the time of his death, and together they shared a child, Frances Bean Cobain. Instead of offering Kurt’s estate to Courtney, it was put in a trust for Frances, and Courtney was offered access to accounting figures. Courtney lost control of all things Kurt when Frances was granted her independence at 17, then all things relating to her father’s estate and legacy a year later. In the long run, this worked out just as it should have, though we all wish Kurt were still around with better perspective.

Things get quite complicated and complex when it comes to the King of Pop. Michael Jackson always managed his affairs well, regardless of what was reported. Even if he had no liquid cash available at any given moment, he was still worth millions upon millions upon millions. This, based on residual earnings, profit-shares, rights holdings, Real Estate, likeness: the list goes on an on. All this is to say, forget anything people ever tried to sell suggesting that Michael was in such debt he was going broke. Not even close. And Michael did have a will. However, his mother filed objection to block the probate of said will, even though it held her in esteem, and left his estate to her, Michael’s children and various children’s charities. It goes to show when big money is at stake, a person’s will can still be up for discussion and debate.

Abraham Lincoln was a lawyer, and he died without a will. It’s true. Honest Abe, didn’t expect to be cut down in 1865, but he somewhat predicted it. Regardless of the revisionist, victors’ history often written in American textbooks, Abraham Lincoln suggested two fears relating to his life during the Civil War. “I have two great enemies, the southern army in front of me, and the financial institutions in the rear. Of the two, the one in the rear is the greatest enemy…” From an influential strike of both (and Booth), Lincoln was killed at the age of 56. Two years after his assassination, his estate was divided among his surviving relatives, wife Mary Todd, and his two living sons Robert and Thomas. It was listed at $110,300 in 1865, an amount comparable to some $1.5 to 2 million in 2015.

Spanish master, Pablo Picasso enjoyed some impressive success during his lifetime, but it was only after his death that his artwork became coveted entities, drawing comparison to the masters who painted, drew and sculpted hundreds of years before him. When Picasso died, he left an enormous fortune. It consisted of his artwork, homes, bonds and gold assets. He never drafted a will, so it was a challenge to see that his estate went to the appropriate heirs. How much of a challenge? It took six years, and 30 million dollars in legal fees to get everything to the right parties. Picasso may have been known as a visual artist, but his lack of a will put him in the category of performance artist, as the drama played out in legal offices involving several individuals.

Howard Hughes was one of the most determined minds in the history of the modern world. An inventor, filmmaker, actor, producer, pilot, entrepreneur, supreme risk-taker: he was one of those people who did anything he was interested in, and he profited from those things. At the time of his death in 1976, his wealth was estimated at over a billion dollars. In a strange twist, it was alleged that he left his will with a good Samaritan who once helped him in the Nevada desert, and that individual took the document to the Latter Day Saints church headquarters in Salt Lake City, Utah. Ultimately, it was found — in a trial by jury — that the will was a forgery and Howard’s amassed wealth was then divided among 22 heirs, who were his cousins. Considering inflation, his wealth today would be around $6.22 billion.