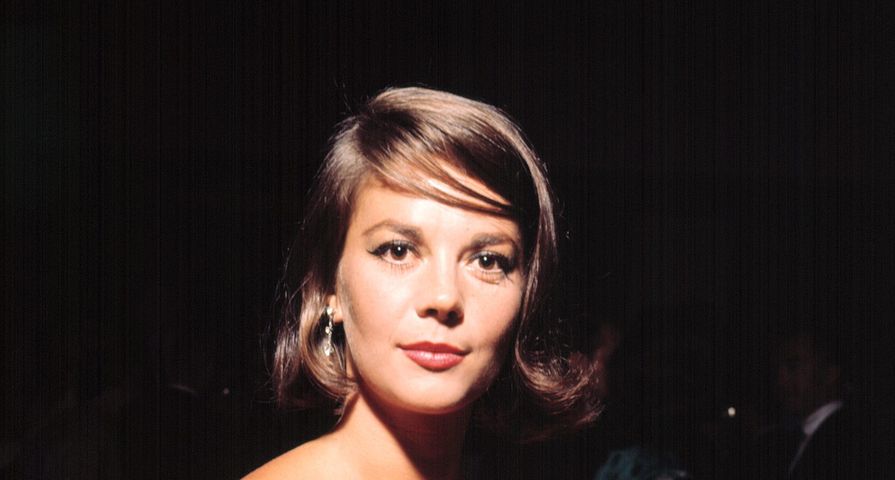 We’ve made mention of several actors who died before seeing their final film, but taking it a step further, many individuals, as well as several others, passed away while they were still working on their projects. This creates a tricky scenario for producers and directors, who must try to figure a way to finish a film and deliver a product to a studio. Here are 12 actors and actresses who died after being cast in a project, and how the creative team managed to finish the films and TV shows without them.

Diana Hyland was really enjoying some career spoils when she was diagnosed with breast cancer in 1977. At the time of her illness, she was romantically involved with John Travolta, the two of them having become close while working together on The Boy in The Plastic Bubble. Diana was a cast member of Eight Is Enough, and was only four episodes in when she received the tragic news of her cancer. She endured a mastectomy, and engaged in additional treatment, but the disease metastasized and Diana’s health waned at an increasing pace. According to Hollywood lore, she was comforted, and died in the arms of John Travolta in March of 1977. Eight Is Enough used her illness as part of the story line, hopeful for her recovery. When she passed away, they incorporated her death into the world of the show.

In 1991, the legendary Redd Foxx was 68 years old, and in the midst of rehearsals for the TV sitcom, The Royal Family. During a break from their work, Foxx agreed to an interview with Lifestyles of The Rich and Famous, but before it began, he fell to the floor and clutched a chair for support. His co-star, Della Reese, as well as many other on set, thought Redd was merely being Redd and having a laugh. Then, he began repeatedly asking Della to contact his wife, and she knew it was serious. He was transported to a local, Los Angeles hospital and died later that evening. Foxx was a part of the first seven episodes, and his death was written into the show so that they might complete a full season. Ironically, the show was developed by Eddie Murphy as a comeback vehicle for Foxx.

Aaliyah was just about to begin her work on the two sequels to The Matrix, when she was killed in a tragic plane crash. Aaliyah was in the Bahamas shooting a new music video, and the production wrapped early. She decided to return home with some of her crew aboard a small plane. The plane was loaded to 700 pounds of excess, and was traveling with too many passengers. Additionally, the pilot was unqualified, and the plane crashed shortly after takeoff. At the time of her death she had finished the unreleased Queen of the Damned, and was preparing to take on her role of Zee, with Neo, Trinity, Morpheus and the rest of the good guys who were literally raging against the machine in The Matrix: Reloaded, and The Matrix: Revolutions. After her death, Aaliyah was replaced by Marvin Gaye’s daughter, Nona.

It was a shock to learn of Philip Seymour Hoffman’s death, but it wasn’t a surprise. The prolific character actor had a known history of drug use and drug abuse, and had expressed that some of his greatest life fears were his children participating in the entertainment industry known as “Hollywood.” It seems strange, but obviously, the man so many knew as PSH was privy to things that he’d never wish anyone to see or experience. When he died–due to a drug overdose–he was in the midst of filming The Hunger Games: Mockingjay Part 2. His character, Plutarch Heavensbee, will be seen in the upcoming release of Part 2, slated for a November 20, 2015, release. This will serve as his final posthumous appearance in a feature film.

Steve Irwin has recently been thrust back into the spotlight through the popularity of his daughter, Bindi Irwin. There can’t be enough said about this guy. He was an example of pure passion. He allowed audiences to see his highs and lows as he labored in a lifelong pursuit of conservation and understanding of wildlife. While filming a segment for his show, Ocean’s Deadliest, the weather turned, and the crew took a break and came in from the depths. During that time, Steve began picking up footage for Bindi’s show, Bindi The Jungle Girl, and attempted to approach a huge stingray so they might get footage of it swimming away. The ray was frightened by Steve’s presence–they’re usually quite docile when sharing water with humans–and defensively struck Irwin with its barb hundreds of times within a few seconds. His heart was pierced, and he died within minutes.

John Ritter was another actor engaged in rehearsals for a television show when he fell ill. For Ritter, who was starring in 8 Simple Rules…he endured a sudden onset of vomiting, nausea and chest pains. There was a hospital located across the street from the studio, and John was rushed to the emergency room. He was first diagnosed with a heart attack, but symptoms worsened. Doctors then discovered an aortic dissection. John was immediately prepped for surgery, but died during the operation. His death came as a shock to the industry, as the comedic legend was just shy of turning 55 and thought to be in excellent health. The show continued after John’s passing, working his death into the story line. John remains a paradigm in the realm of film and television comedy.

The death of Natalie Wood remains unsolved. It was a shock to the world when it was announced that she drown off the coast of Santa Catalina Island. Natalie was shooting Brainstorm with Christopher Walken, when she and her husband, Robert Wagner, along with Christopher ventured to the island for dinner, a little R&R and a snooze on a yacht. The boat’s captain–and everyone present–offered similar stories regarding the night of Natalie’s death, but the stories were enough to fully close the investigation. It was reopened in 2013, and finally concluded that her death was due to unknown causes. There were reports of arguing between Robert and Natalie, but he always maintained that he retired to their stateroom after the two argued. Natalie’s autopsy revealed a blood alcohol content of .14 percent, and she had also taken a couple different medications capable of altering physical capacities.

In one of the most well-publicized celebrity deaths, Paul Walker was killed in a high speed car accident on November 30, 2015. At the time of his unexpected death, Paul was in the mix of Fast & Furious 7. His brother joined the production afterward in an effort to finish the film. Paul lived a relatively easy-going life before his death, but his posthumous legacy has been marred by drama. There are several more loose ends that the family is attempting to tie up. Most recently, a lawsuit against Porsche, maintaining that Paul survived the car crash and was unable to free himself from the seat belt before he was consumed by the subsequent vehicle fire. This was on the heels of Paul’s family trying to recoup automobiles that belonged to Paul, but were held elsewhere at the time of his death.

Here was a guy who was so body conscious that he wouldn’t eat meat. He was alleged to have once cried after a date with Martha Plimpton because she ordered soft-shell crabs; however, the best of intentions couldn’t keep River from the Hollywood vampires–they eventually took their toll. People who ascribe to clean living often have a vice, and for River, it was illegal drugs. If he didn’t partake often, it was on the occasion of Halloween night in 1993 that River mixed too many forms of funk in his body and it completely shut down. His death was marked by the famous 9-1-1 call from his brother, Joaquin. At the time of his death, River was acting in the film, Dark Blood, which was finally released in 2012 at several film festivals. There is still no concrete word on mass availability to the public.

The 10 Most Shocking Celebrity Deaths of the Past 5 Years!

No one expected the death of Heath Ledger. It was a “Wait!? What?” moment for fans, and a heart crushing blow to his family. It was also one of the first celebrity deaths that swept social media before offered by traditional new sources. According to official reports, Heath died of an accidental overdose of prescription drugs. It was only after his death was it revealed that Heath struggled with severe bouts of insomnia, and was also suffering from physical illness in the form of a cold, or perhaps pneumonia. According to friends and co-workers, he had struggled to sleep after shooting I’m Not Here and The Dark Knight, and it carried over into the filming The Imaginarium of Doctor Parnassus. Director Terry Gilliam used every bit of his creative thinking to complete the film by using other actors in fantasy-like states. It is definitely worth a viewing.

Marilyn Monroe, born Norma Jean Mortenson, was used and abused by an industry that has been known to consume tender hearts. The quintessential blonde bombshell and the legendary face of Hollywood was attempting to reengage with career pursuits in the early 1960s, while also enduring her drug and mental health issues. She was filming the comedy, Something’s Got to Give with Dean Martin and Cyd Charisse at the time of her death. It was also during this period that she famously sang Happy Birthday to President John F. Kennedy. This occurred just a few months before her death. After her death, the film was scrapped, and it was years before any of the footage was released to the public. The circumstances surrounding her death have been debated for 50 years, but the official cause was listed as an overdose on barbiturates.

Chris Farley lived about 10 lifetimes in his 33 years, but it made his end no less tragic. Chris struggled for years with alcohol and drug use, adding to the physical stress he endured from poor diet and lifestyle habits for years. At the time of his death in 1997, Chris was working on a little animated feature entitled Shrek. Before Mike Myers was cast as the voice of the title role, Chris Farley was Shrek–Myers was approached to replace Farley after his untimely death. Looking at Shrek it just makes sense. Chris Farley’s biggest fans were well aware that Chris’ next project would come from world of animation, but it was only recent that fans were offered a few of the voice-overs with co-star Eddie Murphy in the form of story reels–scene voice-over with original storyboards. What might have been…