Home » Entertainment » Celebrities » Cast Of Will & Grace: Where Are They Now?

Cast Of Will & Grace: Where Are They Now? 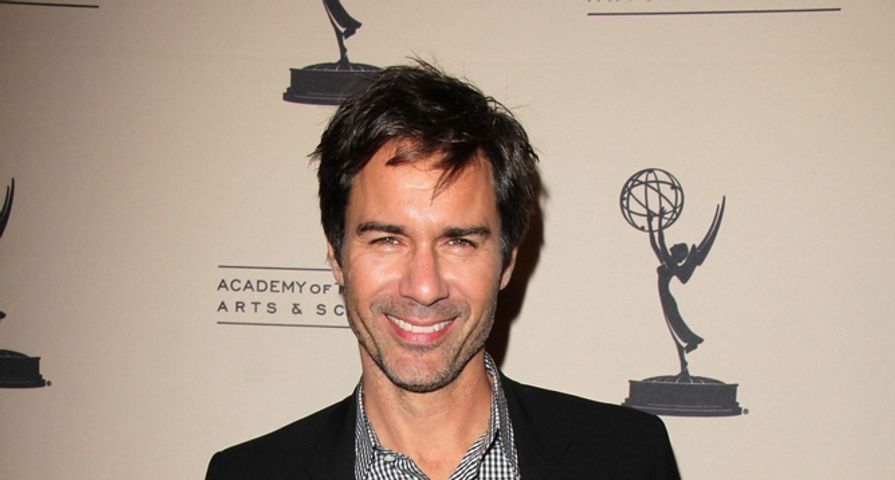 It’s hard to believe it’s already been a decade since the popular NBC sitcom, Will & Grace wrapped up its impressive eight season series. Not only was the show a big hit, but it was one of the most successful shows with a gay lead and broke down a lot of barriers in the industry with television series. It’s been such a long time since our favorite characters have graced our screens, some have moved onto more acting roles, while others have changed up their roles entirely! Here’s a look at where the main cast of Will & Grace is now:

Viewers were all so happy when Grace finally found true love with her husband on the show Leo Markus, played by Harry Connick Jr. This singer and actor has moved onto great things since appearing on Will & Grace. He currently sits as one of the judges alongside huge stars like Keith Urban and Jennifer Lopez for the popular reality show, American Idol. Besides his current reality television gig, he didn’t do much on the small screen after Will & Grace ended. However, he did release numerous albums and appeared in a wide range of films like Bug, P.S. I Love You, Living Proof, New in Town, Dolphin Tale, Angels Sing and Dolphin Tale 2. As an musician he’s kept busy with performances and appearances all over the world. Before landing his permanent position as a judge on American Idol he served as a guest judge for three years.

Michael Angarano had a reoccurring role on Will & Grace as Elliot, the son of Jack McFarland. Since the show ended he’s gone on to do a lot more acting. Fresh off the NBC sitcom he appeared in four episodes of 24 and landed a regular role on the historical drama, The Knick. He recently appeared in one episode of the show Drunk History as no other than Walt Disney. His career has been much more focused on movies with numerous roles since Will & Grace ended in 2006. Some of his more notable films have been The Final Season, Noah’s Ark: The New Beginning, The Brass Teapot, Empire State, Wild Card, and The Standford Prison Experiment.

Shelley Morrison was Karen Walker’s hard suffering maid and sometimes sidekick, Rosario Salazar. She originally was only supposed to appear briefly in one episode, but she was so popular that her character became a series regular. Morrison hasn’t taken on any big roles since appearing on Will & Grace, but she’s been in the industry for a long time starting off in the early ’60s. Most of her career has been with the theater and performing on stage, but she’s also produced and directed plays. Unfortunately, Shelley has been battling cancer for quite some time. It was last reported to be in remission, but has put a damper on her career. Her most recent work was voicing Mrs. Portillo in the animated Disney series, Handy Manny.

Sean Hayes has definitely expanded his talents since appearing as the hilarious Jack McFarland on Will & Grace. He’s recognized in Hollywood as an actor, comedian and producer. In 2007 he moved right onto films appearing in The Bucket List, and voicing “the Fish” in The Cat in the Hat. He also did a couple stints on Broadway with a stage debut in Damn Yankees and the musical Promises, Promises. Sean Hayes somehow managed to keep his sexuality quiet until 2010 when he confirmed that he was gay. In the same year he hosted the 64th Tony Awards and later appeared in the film The Three Stooges. While working on Will & Grace he and a friend created a television production company that has now gone on to produce multiple series like Hot in Cleveland, Grimm, The Soul Man, Hollywood Game Night and Sean Saves the World. He starred in, Sean Saves The World, but the show didn’t have a lot of success and ended after only one season. Since then he’s been doing fine working as a producer. He was a co-executive producer for Hot in Cleveland, and currently works as a co-executive producer for Hollywood Game Night and Grimm.

How could we forget the loud and rich Karen Walker who played the role of Grace Adler’s assistant? Megan Mullally has done a good job of keeping herself relevant in the acting world and managed to avoid being typecast into her previous role. Right after the show ended, she started hosting the short-lived talk show, The Megan Mullally Show. She was a guest-host on Saturday Night Live and Late Show with David Letterman. Her sitcom career is far from over, she’s moved onto guest starring roles on Parks and Recreation and 30 Rock. She’s even had some co-starring roles like on Party Down and on the adult swim series Children’s Hospital. Then in 2011 moved onto a reoccurring role on the ABC sitcom Happy Endings. In 2012 Megan got a reoccurring role on Breaking In, and voiced the character of Rose Stevens on Out There. She’s also had guest appearances on other small shows and appeared in a few films, although nothing major.

When Will & Grace finished, Eric McCormack had to close the chapter on what will probably be the best role of his career. He took a break from the small screen to go on stage to perform Some Girl(s). At the same time, McCormack produced a Lifetime comedy called Lovespring International. He went back to acting on screen with a co-starring role in the A&E television miniseries, The Andromeda Strain which wasn’t well received. He returned to television in a co-starring role on Trust Me. In between all of this he did a few films like Alien Trespass, had a guest-starring role on Law & Order: SVU and acted in the Lifetime television movie, Who is Clark Rockefeller? He soon nestled back into another starring role for the series Perception, where he also served as a producer. The show wrapped up last year and he hasn’t taken on any big projects since, although fans were ecstatic to see him back alongside Debra Messing for an episode of The Mysteries of Laura.

For most of us, no matter what roles Debra moves onto, she’ll always be Grace Adler from Will & Grace. She’s worked hard to shake her type cast with a steady stream of jobs since the show ended in 2006. She jumped right into a leading role as Molly Kagan in The Starter Wife which lasted for one season, but received 10 Emmy nominations. Reeling off the high off another lead role, she took on another sitcom pilot, Wright vs. Wrong, but it was never picked up. In 2011, she starred in Smash, but was cancelled after two seasons. She’s ventured over to the film industry with a few small roles, most notably the movie Like Sunday, Like Rain alongside Leighton Meester and Billie Joe Armstrong, but no feature films. Today, she’s doing well in her career with the lead role on the NBC crime series The Mysteries of Laura.