Home » Entertainment » TV » Celebrities You Forgot Appeared On ‘Will & Grace’

Celebrities You Forgot Appeared On ‘Will & Grace’ 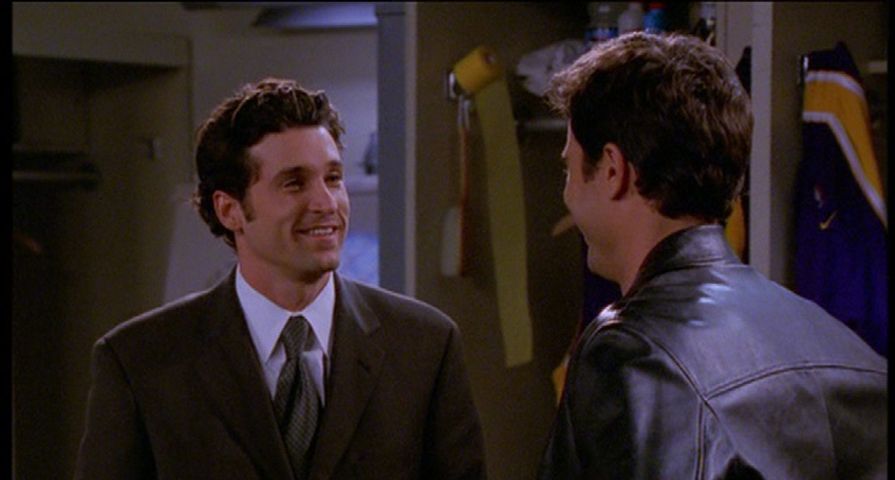 Source: Will and Grace Wikia

During its original eight season run, Will & Grace was one of the most groundbreaking sitcoms on TV and as such it garnered a lot of attention, and not just from audiences. Many celebrities wanted to be involved in the show and from numerous celebrity appearances of Hollywood stars playing themselves to beloved stars taking on short guest roles in the series, Will & Grace has become known for its numerous celebrity guest stars. Now that Will & Grace is back after an 11 year hiatus with its revival series, the show is promising even more huge celebrity guest stars and appearances, so take a look back at the original series with these 15 celebrities you forgot appeared on the show:

Woody Harrelson is one actor who has never been held to just one type of role and has become an icon because of his extensive work in film and television. Amid all of his starring roles, he appeared in eight episodes of Will & Grace in season three. Harrelson guest starred as Nathan, a tenant in the same building as Will and Grace who eventually strikes up a relationship with Grace after his girlfriend leaves him. Their relationship got messy really quickly and, after Grace proposed to him, Nathan broke up with her and it was revealed he already had another girlfriend and was heading off to the Bahamas with her which was the last anyone ever saw of Harrelson as Nathan.

In season four, Will & Grace pulled in another huge star when Michael Douglas appeared in the episode “Fagel Attraction.” In the episode, Douglas portrayed Detective Gavin Hatch who ends up taking Will’s statement after his laptop is stolen. After he asks Will to help locate a gang of laptop thieves targeting gay men by going to a gay bar, it is slowly revealed that Hatch is a closeted gay man who used his job to get Will to go out with him.

While he may always be best known for starring on Beverly Hills, 90210, he made his impression on several other television shows since. In 2005, Perry appeared in one episode of Will & Grace in season seven’s “The Birds and the Bees.” Perry guest starred as an Aaron, a neighborhood bird watching enthusiast who Karen mistakes for a peeping Tom because of his binoculars. After Karen and Jack confront Aaron, they discover he is a “hot gay nerd” and he immediately becomes a love interest for Jack.

Even J.Lo couldn’t resist a spot on Will & Grace, and loved it so much she appeared as herself in three episodes over the course of seasons six and seven. Lopez first appeared in the season six episode “I Do” after Karen and Lyle head to Las Vegas for their wedding along with Will, Jack and Leo. After performing at the wedding, Jennifer Lopez offered Jack the chance to go on tour with her as a backup dancer. She went on to guest star in the last episode of season six and the first episode of season seven as the storyline continued.

Kevin Bacon has made a lot of great movies and had a lot of iconic roles, so it is easy to forget that in the midst of all he guest starred on Will & Grace. The beloved actor appeared as himself in the aptly named season five episode “Bacon and Eggs” where Bacon is looking for an assistant and hires Jack, not knowing that Jack has been stalking him. When he tasks Jack with finding his stalker, Jack points the finger at Will. The episode is actually one of the best of the series and Bacon fits right into the dynamic and chemistry set up by McCormack as Will and Hayes as Jack. Bacon made one more surprise appearance on the series in the series finale where he is revealed to be Jack’s new husband.

Unlike some of the other celebrity guest stars on the show, Demi Moore took on a role instead of playing herself. Moore guest starred in the season five episode “Women and Children First” as Sissy Palmer-Ginsburg, a woman who babysat Jack when she was a teenager, who Jack describes as “a crazy lady with a rockin’ body.” In the episode, Sissy and Jack run into each other and Jack hires her to be his babysitter again, even though he is an adult. Jack and Sissy part ways again, however, after Will convinces him he is too old to have a babysitter.

Will & Grace was known for bringing on current stars, but they landed an iconic guest star with Gene Wilder. The legendary actor appeared in two episodes of the series in season five as Will’s boss Mr. Stein, first in “Boardroom and a Parked Place” and then in “Sex, Losers & Videotapes.” His second appearance in the series would actually end up being Wilder’s last ever acting role 13 years before his death in August 2016. Wilder was one of the few celebrity guest stars to earn a standing ovation from the studio audience and his performance also earned him the award for Outstanding Guest Actor in a Comedy Series at the Primetime Emmy Awards.

Glenn Close has 82 acting credits to her name and of course is known for her many Oscar-nominated performances, but in the middle of all those roles she found time for a guest appearance on Will & Grace. The actress appeared in the season four episode “Hocus Focus” as photographer Fannie Lieber. In the episode, Will wins a photo session with the famous photographer in a silent auction and since Grace is such a big fan, he asks her to join him. Naturally, things don’t go well, but in the end the pair discover that they want to have a baby together which was a huge Will & Grace moment.

Shortly after his starring role in Ocean’s Eleven and before taking on the first The Bourne Identity film, Matt Damon was a celebrity guest star on Will & Grace. The popular actor appeared in the season four episode “A Chorus Lie” as Owen, the man Jack has to compete against for the last spot in the Manhattan Gay Men’s Chorus. The drama ensues, however, when Jack discovers that Owen is straight and uses Grace to prove it, but even after revealing Owen is straight he still gets the part in the chorus over Jack.

Britney Spears has taken on a few acting roles through her career and in 2006 she made an appearance in Will & Grace‘s final season in the episode “Buy Buy Baby.” Spears guest starred as Amber-Louis, an ultra-conservative TV host who is hired to be Jack’s new co-host on his show after the network was taken over by conservatives.

Neil Patrick Harris was one of Will & Grace‘s first big name celebrity guest stars when he appeared in the season two episode “Girls, Interrupted.” The hilarious actor appeared as Bill, a “former” gay man who tries to convince Jack to become straight and works at converting other gay men. Looking back, this is perhaps one of the most important celebrity guest appearances on the show because, at the time, Harris had not come out publicly and in fact would not make a statement about his sexuality until six years later in 2006 following his first season starring in How I Met Your Mother.

For many Ellen DeGeneres is simply one of TV’s best talk show hosts, but she started her career acting, and in 2001 she appeared in Will & Grace. For once DeGeneres didn’t appear simply as herself and instead took on the role of Sister Louise for the episode “My Uncle the Car.” DeGeneres hilariously played a nun who buys Grace’s old car after Will convinces her to sell it, and it ends up being quite difficult getting the car back from Sister Louise after Grace decides she doesn’t want to part with it.

Former child star Macaulay Culkin made a surprising yet amazing appearance on Will & Grace in season five’s “May Divorce Be With You” as Jason “JT” Towne, a cunning young lawyer. After Karen discovers that Will is representing Stan in their divorce, she hires JT, who despite his youth, is apparently a very good lawyer. After Will takes pity on Karen and the young lawyer and helps them on the side, it is revealed that JT uses his young and naive ploy to get opposing lawyers to expose their strategy before going to court.

Season five saw a lot of huge celebrities make appearances on Will & Grace, and it doesn’t get much bigger than Madonna. The pop superstar starred in the episode “Dolls and Dolls” as an odd office worker named Liz who Karen thinks might make a good roommate. While things start off great for the two ladies, it all goes badly when they fight over the same man in a bar. It is always fun to see such big stars take on ridiculous roles, making Madonna’s celebrity appearance not only one of the biggest on the series, but also one of the best.

Before he was McDreamy and one of the biggest TV stars thanks to Grey’s Anatomy, Patrick Dempsey was building up his resume in many roles which included a three episode stint in Will & Grace. Dempsey first appeared in the season three episode “Love Plus One” as Matthew Moshea, a smart sports journalist who piques Will’s interest. Matt appears six episodes later after Grace challenges Will to date a “sports guy” so he calls up Matt. Although the two begin to date, Will struggles because of his lack of interest in sports and eventually dumps Matt after finding out Matt is still in the closet and introduces Will as his brother to his boss.