Home » Entertainment » Celebrities » Cast Of The Nanny: How Much Are They Worth Now?

Cast Of The Nanny: How Much Are They Worth Now? 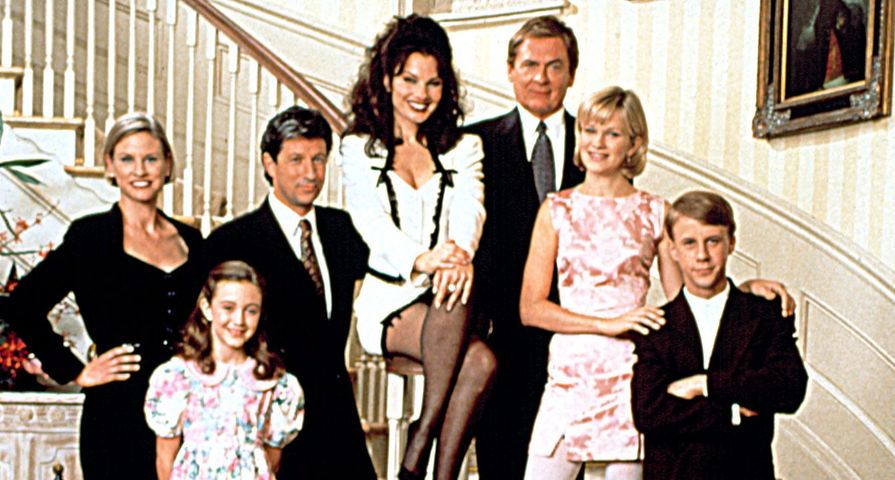 The ’90s were a great time for American sitcoms and one of the most popular was The Nanny featuring Fran Drescher as Fran Fine. The show is based on the real life of Fran Drescher who grew up in Queens, New York and many of the characters depicted are based on real life friends and relatives! The Nanny was a hilarious take on a Jewish fashion queen living in the big city who becomes the nanny of three children. It ran for six seasons from 1993 to 1999 and was so successful, that it spawned several adaptations and a reunion special in 2014 titled The Nanny Reunion: A Nosh to Remember. It’s been 17 years since the show last aired and we’ve decided to take a walk down memory lane and see how much the main cast is worth now!

Estimated Net Worth: $3 million. To this date, Renee Taylor is still most well recognized for her role on The Nanny as Sylvia Fine, Fran’s outspoken mother. In addition to acting, she’s also got a lot of writing credits to her name. She co-wrote the Broadway hit Lovers and Other Strangers and received Oscar nominations for the film adaptation. She also co-wrote the film Made For Each Other which received Writers Guild of America Award nomination. She returned to acting with a role in the film Delirious and a lead role in the HBO series Dream On. Taylor’s role on The Nanny came after that and continues to be her biggest hit. Since then, she guest starred on How I Met Your Mother, Disney’s Shake It Up, Happily Divorced, Temptation: Confessions of a Marriage Counselor, Bob’s Burgers, the Nickelodeon show Victorious and she voiced a character in the feature film Ice Age: The Meltdown. Renee Taylor’s long career in the entertainment industry has earned her an estimated net worth of $3 million!

Estimated Net Worth: Unknown. Laura Lane mainly focuses her career on the theater, but she’s also a well recognized for her role as C.C. Babcock on the television series The Nanny. Other than that particular role, she hasn’t done much except for a few one-episode appearances on the animated series Duckman, Burke’s Law, South Beach, L.A. Law and Hunter. Lauren also did a few small films, but nothing major. Her real focus is on stage with productions like August: Osage County, Harvey, God of Carnage and Cherry Orchard. It’s not surprising her net worth is largely unknown because she hasn’t participated in any big on-screen projects since The Nanny in the ’90s, but we estimate her net worth is somewhere around $700 thousand.

Estimated Net Worth: $1.5 million. Benjamin Salisbury hasn’t done much acting since he appeared on The Nanny as Brighton Sheffield from 1993 to 1999. Prior to joining the cast, he also played a role in the film Captain Ron and later in D3: The Mighty Ducks film. Salisbury has done some voice acting as the  Tin Boy in The Oz Kids series and made a comeback on the 2014 reunion show, The Nanny Reunion: A Nosh to Remember. More recently, he did a brief appearance on the series Numb3rs and was featured in a series of Domino’s commercials. Despite a lack of acting jobs, Salisbury is still doing quite fine for himself with an estimated net worth of $1.5 million.

Estimated Net Worth: Unknown. In addition to her role as Maggie Sheffield on The Nanny, Nicholle Tom is best recognized for her time as Ryce Newton in the first two Beethoven films and the television series. She hasn’t had any leading film roles since her time on the Beethoven series, but she did appear in films like The Princess Diaries, Bottoms Up, The Book of Ruth and The Sterling Chase. Lately, Tom has been more focused on a career in television. She held main and recurring roles on the Beethoven series, The Nanny, Superman: The Animated Series, Justice League Unlimited and The Minor Accomplishments of Jackie Woodman. Tom has also done a bunch of one episode appearances on shows like Castle, Cold Case, The Mentalist, Criminal Minds, Gotham, Mental and Without a Trace. It’s quite uprising that her net worth is unknown because she’s been extremely active in her career and has held some notable roles. We suspect her net worth is somewhere around $4 million, especially considering the success of the Beethoven series.

Estimated Net Worth: $1.5 million. This actress has been around for quite some time now! She’s been involved in the entertainment industry since she was only 2-years-old and cast in a TV commercial. But it wasn’t until the early ’90s when her career really took off! Beginning with a role in the feature film, The Baby-Sitters Club at only 8-years-old, she’s got quite an impressive film career with starring roles in A Cinderella Story, Mr. Nanny, The Hand That Rocks the Cradle, The Collector and Crazy Eyes. When it comes to television, Zima’s biggest roles have been as Grace Sheffield on The Nanny, Mia Lewis on Californication and Gretchen Berg on Heroes. Zima has also appeared on shows like Royal Pains, The Vampire Diaries, 7th Heaven, Gilmore Girls, King of the Hill and Law & Order. Madeline Zima’s total net worth is now estimated to be somewhere around $1.5 million!

Estimated Net Worth: $2 million. Daniel Davis is a prominent stage and screen actor. He’s best recognized for portraying Niles the butler on The Nanny, as well as guest appearances on Star Trek: The Next Generation. Davis has been in a few films, but not many. He’s made appearances in movies like Blind Justice, K-9, The Hunt for Red October, Havana, Thru the Moebius Strip and The Prestige. He’s only had one main role on television which was on The Nanny, but he’s also made appearances on shows like Cheers, Murder, She Wrote, Gotham, Dirty Dancing and The Practice. Davis mainly focuses on his stage acting in various Broadway productions, and he’s quite established in his career with an estimated net worth of $2 million!

Estimated Net Worth: $1.5 million. This British actor is a seasoned performer with many credits to his name. He can be found in roles on television, film and the theatre. Shaughnessy’s most prominent American roles have been on Days of Our Lives and as Maxwell Sheffield and the sitcom The Nanny. He also had notable roles on series like Living With Fran, The Bay, Sullivan & Son, The Mentalist, Mad Men, The Marvelous Misadventures of Flapjack, Saints and Sinners, Stanley, Sabrina, the Teenage Witch and Jury. Shaugnessy has definitely done more television acting than film, but he has appeared in a few projects like Denial, Second Chances, The Painting and Buttons. Not only has he done a lot of acting, but he’s well credited for it as well! He’s won a few Soap Opera Digest Awards, an Emmy Award and a Broadway World Boston Theater Award. His hard work has paid off because he’s now worth an estimated $1.5 million!

Estimated Net Worth: $25 million. Fran Drescher is a well recognized television and film actress, but she’s also credited as a model, activist and producer. Drescher is by far best recognized for longtime leading role on The Nanny and her trademark nasal, thick New York accent. Fran’s had a few main roles since The Nanny ended — she’s held notable roles on shows like Living with Fran, The Fran Drescher Show, Happily Divorced and a few appearances on Good Morning, Miami. In addition to these regular castings, Fran’s also done one episode appearances on shows like Strong Medicine, Entourage, Law & Order, 9 to 5 and Dream On. She’s had starring roles in the following films: The Hollywood Knights, Gorp, Jack, The Beautician and the Beast, We’re Talking Serious Money, Car 54, Doctor Detroit, Cadillac Man, and she’s voiced characters in the animated films, Shark Bait, Hotel Transylvania and Hotel Transylvania 2. Clearly, Fran Drescher has been busy throughout her career! Not many actors have an entire show named after them, or in Fran’s case, more than one! It’s no surprise she’s now estimated to be worth $25 million.