Home » Entertainment » TV » Cast of Orange Is The New Black: How Much Are They Worth?

Cast of Orange Is The New Black: How Much Are They Worth? 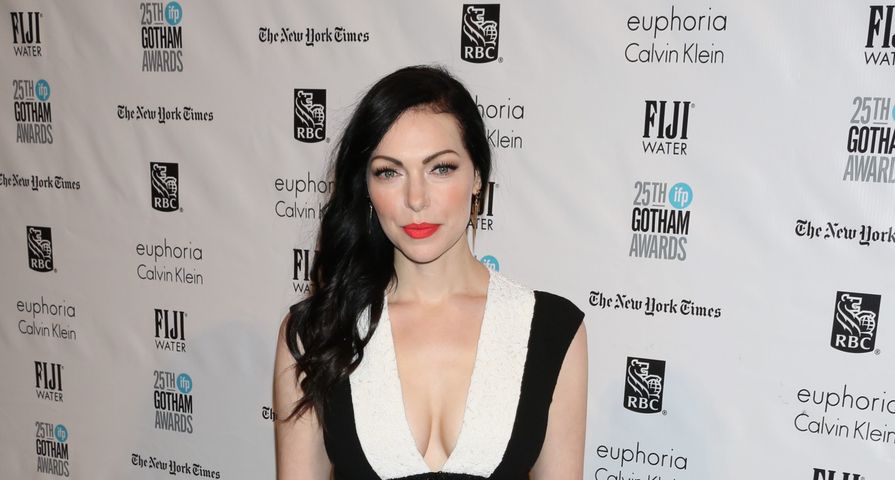 The cast of Orange Is The New Black has enjoyed three very successful seasons on Netflix, and they’ve locked into a fourth that will be released during the spring of 2016. People simply cannot get enough of the women at Litchfield Penitentiary. No, the cast isn’t raking in the green like the big three on Big Bang Theory, but they are amassing some pretty impressive wealth, and own the bragging rights of being on a much better show–relatively speaking. Let’s consider the cast, and the fat stacks they’re enjoying after three years of success.

Estimated Net Worth: $1 million. Samira Wiley is one of several actresses in the cast of Orange Is The New Black who have enjoyed some classical training, before hitting the small screen in the Netflix female prison phenomenon. Samira was born in Washington D.C., and scored her post secondary fine arts education at a little institution called The Julliard School. People may be surprised to see salary totals for the cast of OITNB are a little lower than those of network television. It’s the nature of the beast. Nonetheless, there’s nothing like a supremely popular, award winning show to guarantee bigger paydays down the line. That having been stated, a million bucks is still a million bucks, and that’s net worth. We imagine Samira to be wise and refined with her finances, regardless of her rough around the edges character, Poussey Washington.

Estimated Net Worth: $1 million. Uzo Aduba. A name like that should be in lights. A self-described jock, Uzo is another from the cast of Orange Is The New Black who enjoyed classical training while in college. For Uzo, it came in the form of classical voice, and from Boston University. The Massachusetts native stayed on the east coast to begin her career, and after enjoying several accolades in the realm of live theater, she began to do more auditions for film and television. She didn’t bag the role she originally auditioned for on OITNB, but the producers loved her so much, they had to have her as “Crazy Eyes.” This was somewhat shocking to Uzo who didn’t know what would merit such a casting decision, but the former track and field star ran with the role, and opportunity. Her stack of awards serve as proof from the pudding.

Estimated Net Worth: $1 million. Danielle Brooks is a Georgia native, and another new member to Club Millionaire (it looks better capitalized), thanks to her work on Orange Is The New Black. She is also a classically trained actress who scored a degree from Julliard. She and Samira Wiley were in school together. These are the little things–the instant chemistry–that makes a show like OITNB go. Danielle is just starting to enjoy the spoils of her work on Orange…and she is now landing other jobs that will help to build a solid career foundation and reputation. Up next–aside from another season of OITNB–Danielle can be heard voicing a character in the Angry Birds movie that is set for release in 2016. Like her fellow cast mates, Danielle cleans up wonderfully–another near unrecognizable woman when she’s not in her prison jumper.

Estimated Net Worth: $1.5 million. Fans of Orange Is The New Black could easily predict that Dascha Polanco would immediately spread her career wings and begin to fly. It took all of a season, before she was getting offers for films, locking down auditions for huge projects and landing roles in things like the soon-to-be released Joy, starring Jennifer Lawrence. Not bad for a Dominican-American gal who always wanted to be an actress, but never pursued it because she was self-conscience about her weight. After scoring a degree in psychology from Hunter College as a single mother, Dascha was working in the healthcare field when she decided to give her dream a go. It proved to be great decision. Dascha will appear in the 2016 film, The Perfect Match, but we imagine many other lucrative opportunities will develop after her appearance in Joy.

Estimated Net Worth: $1.5 million. At its essence, Orange Is The New Black is a fish out of water comedy. A formula that has worked time, and time again — It always holds potential. OITNB‘s fish is Piper Chapman, played by the supremely cool Taylor Schilling. Conversations about Taylor Schilling usually begin like this: “What else has she done? I’m so surprised she has done a ton of stuff!?” Taylor comes off as quite mature, but she’s barely 31-years-old. She hasn’t been in the mix long enough to have done a “ton” of stuff, but it’s coming. She has led the cast of OITNB with relative ease, suggesting to every director and casting director the world over, she’s got it. She’s another classically trained actress–Fordham University–and her future in the realm of entertainment is incredibly bright.

Estimated Net Worth: $3 million. Natasha Lyonne is old hat when it comes to acting. She’s been doing it as a pro for years–yes, she was Opal on Pee Wee’s Playhouse–and she continues to find her way into some of the most popular, outside the box productions annually. Natasha was an indie princess for quite sometime, and many fans enjoyed their first introduction to her alongside Orange Is The New Black alum, Jason Biggs, in American Pie. She already has six films in the pipe for 2016. Normally, someone who works as often as Natasha might have a higher estimated net worth, but she’s not overly concerned about pursuing big budget blockbusters. She’ll take the legacy roles in memorable films over the pursuit of a payday. Natasha is also a type who will work even more as she ages. We’re ready to see her as a mom in a sitcom.

Estimated Net Worth: $3 million. The adorable Taryn Manning is near impossible to look at as “Pennsatucky” on Orange Is The New Black. For many, OITNB has served as an introduction to Taryn, but she has been making bank as an actress for decades. She probably doesn’t enjoy being called adorable as a 37-year-old woman, but she is easily adored in pretty much every role she has played–even when she’s a villain. And how awesome was she in Hustle & Flow!? Is her estimated net worth accurate? If anything, it’s low. She’s a silent assassin in regards to the work she’s done, and the celebrity life she has avoided, but Taryn has been going at it since her teenage years, and has kept her head down, with a low overhead in terms of career maintenance. Presently, she has four films in the pipe, being prepped for 2016 releases.

Estimated Net Worth: $5 million. What would Orange Is The New Black be without Red? Kate Mulgrew is a theater, film and television veteran, and she lends that air to the cast. She was the perfect choice to play Galina Reznikov. Kate’s biggest fans likely knew her from Star Trek Voyager, or even further back to Ryan’s Hope, before ever coming over to see what she could do on Netflix as one of Litchfield Penitentiary’s most infamous residents. We’ll presume there was no coincidence in Kate Mulgrew and Taylor Schilling starring together on the short-lived series, Mercy, then being cast in OITNB. There is a lot of chemistry crossover on OITNB. Kate is another cast member similar to Taryn that we’d guess has accumulated more wealth than what career earnings might suggest. She has been industry active for 40 years.

Estimated Net Worth: $12 million. Don’t look now, it’s Donna Penciotti! It was great to see Laura Prepon lock down the dramatic role of a lifetime in Orange Is The New Black. Sure, the show is a dark comedy, but things weren’t working out for Laura in the realm of traditional sitcoms after the success of That ’70s Show. She was painted into a corner, and OITNB was the perfect way to take the paint can and figuratively throw it against the nearest wall. It broke the creative glass ceiling that was keeping her from playing a variety of roles. Laura’s estimated net worth tells you precisely how important she was to selling Orange Is The New Black, but also how successful That ’70s Show was. She has nothing slated at present, but when you’re a $15 million dollar presence in the industry, it’s because you’re saying no.