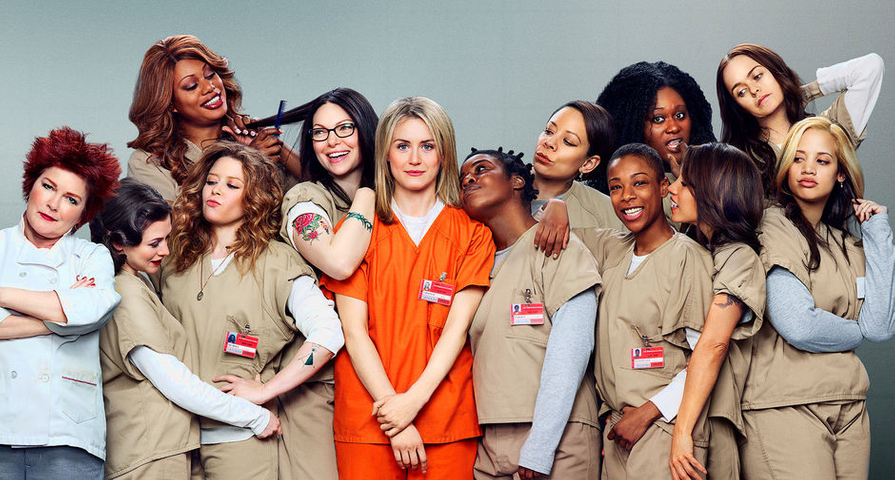 Orange Is the New Black was a breath of fresh air when it hit streaming service Netflix for its first season in 2013. It had been a long time since a show was led by such a excellent cast of strong, independent, witty and multi-dimensional female characters, and viewers responded very positively. Based on the memoir of Piper Kerman, “Orange Is the New Black: My Year in a Women’s Prison,” the show begins with a woman in her thirties whose past comes to haunt her after being convicted to fifteen months in prison for helping her ex-girlfriend transport drugs a decade previous. Taylor Schilling, Laura Prepon, Uzo Aduba and Kate Mulgrew are just a few of the ladies that has turned OItNB into a fan favorite and critically acclaimed series. Check Out 10 Things You Didn’t Know About Orange Is The New Black.

9. None other than Jodie Foster directed the Season One, Episode 3 “Lesbian Request Denied,” as well as the first episode of season two.

8. Also, Laverne Cox’s actual twin brother played her in her flashback sequence in “Lesbian Request Denied” which is shows her pre-transition and reveals why it looks so much like her.

7. The show is stocked full on references from the cast and crew’s previous work. In one episode Jason Biggs’ character Larry Bloom is watching the show Weeds which was of course created by OItNB creator Jenji Kohan. Kate Mulgrew (Red) is best known for her role as Captain Kathryn Janeway on Star Trek: Voyager and in one episode Nicky references Star Trek by mentioning “Spock” of course Red doesn’t know what/who that is because Spock wasn’t in her Star Trek series. And of course, Jason Biggs’ references American Pie a couple times in the very first episode.

6. Taylor Schilling (Piper) and Kate Mulgrew (Red) previously played a mother-daughter duo on the 2009 series Mercy before it was cancelled.

4. The episode title is said at least once at some point in every episode.

3. Jackie Cruz (Flaca Gonzales) was on reality TV. You might recognize her from Kim and Kourtney Take Miami where she was seen making out with Kourtney Kardashian at a club.

2. The scar on Natasha Lyonne (Nicky) that we see after her heart surgery is a real scar that Natasha has from her own surgery in 2012.

1. Laura Prepon actually auditioned for the role of Piper. Of course, she ended up playing Alex because the show’s creator Jenji Kohan stated, “She’s such a great actress, but ultimately, I though, ‘Laura Prepon in prison? I don’t worry about her.'” She was so great though they adjusted the role of Alex just for her.