Home » Entertainment » Celebrities » Cast Of My Wife And Kids: How Much Are They Worth Now?

Cast Of My Wife And Kids: How Much Are They Worth Now? 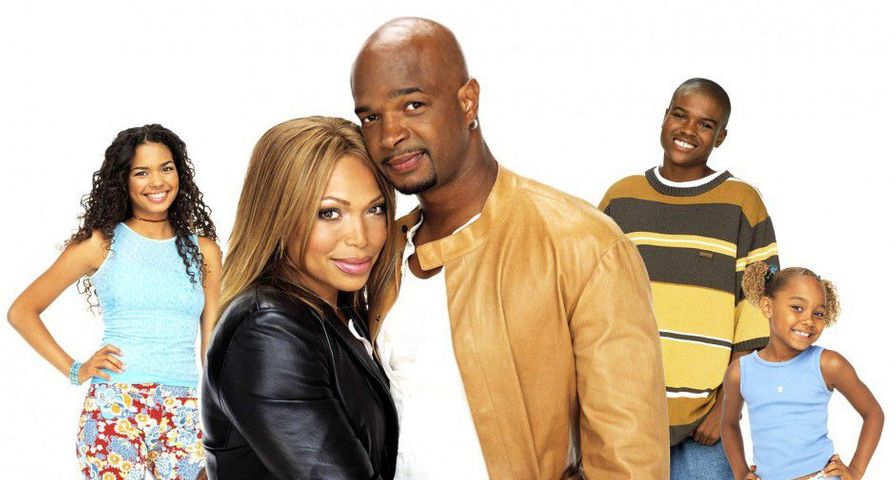 American family sitcoms is a highly saturated genre, but My Wife and Kids was definitely a breath of fresh air when it premiered on March 28, 2001 on ABC. Thanks to hilarious writing and perfect execution from the cast, the show became a hit with audiences as they followed the trials and tribulations of the Kyle family: Michael Richard Kyle, Sr., Janet Amrie “Jay” Johnson-Kyle, Michael Richard “Junior” Kyle, Jr., Claire Kyle, and Kady Kyle. It has now been 11 years since the show came to an end in May of 2005, so take a look on how the cast’s careers have fared since!

Estimated Net Worth: $10 Million. Meagan Good was one of a couple actors on the series that was replaced over its five season run. Meagan Good was the original actress to portray Vanessa Scott, Junior’s girlfriend, when she appeared in five episodes in 2003. Although she was replaced by a different actress, it hasn’t hurt her career at all. Good started acting at a young age appearing in Friday, Eve’s Bayou and some TV series. She went on to have recurring or starring roles in Cousin Skeeter, Raising Dad, The Love Guru, Jumping the Broom, Californication, and was most recently in new series such as Minority Report and Code Black. She is also well known for appearing in music videos for 50 Cent and Will Smith, and has done very well for herself with $10 million.

Estimated Net Worth: Unknown. Jazz Raycole is another My Wife and Kids star who was replaced. Raycole began her career in dancing starting from when she was 4 years old, and eventually decided to move into acting where she quickly found work. She started off with a voice role in the 1995 movie Babe and also appeared in the film Waiting to Exhale. After a few small roles on TV, she was cast as Claire Kyle on My Wife and Kids, but according to reports her own mother pulled her from the job because she disapproved of the teen pregnancy storyline surrounding Junior and his girlfriend Vanessa. She went on to have some more roles in shows such as Everybody Hates Chris, Jericho, Vanity and most recently the series Crazy Ex-Girlfriend, but her lack of major roles has left her with an unknown net worth, but with all of her credits it can be assumed she is sitting around the $500 thousand mark.

Estimated Net Worth: $500 Thousand. Andrew McFarlane began his career as a commercial actor and child model when he was just 12 years old, but quickly burst into acting with a roles in films such as Simply Irrestible and the Mary-Kate and Ashley film Our Lips Are Sealed as well as a small role on 7th Heaven. He is best known, however, as Tony Jeffers on My Wife and Kids, and went on to appear in The West Wing and The Secret Life of the American Teenager. His last acting role was in 2011, leaving McFarlane with a net worth of $500 thousand.

Estimated Net Worth: $400 Thousand. Brooklyn Sudano got her big break and start in acting all at once with her role on My Wife and Kids when she took over as Vanessa Scott from Meagan Good. Despite her starring role, she had trouble securing any more lead roles and went on to appear in many different series in single episodes; however, she has continued to act. Most recently she was seen in The Rock’s new series Ballers. Overall her 26 acting credits have resulted in an estimated net worth of $400 thousand.

Estimated Net Worth: $2 Million. Fans of My Wife and Kids will definitely remember Noah Gray-Cabey from his hilarious role as Franklin Mumford, a next door neighbor genius child who is in love with Kady Kyle. The role was his very first and he went on to appear in series such as Grey’s Anatomy, and Ghost Whisperer before he landed a recurring role in Heroes. He reprised his Heroes role in Heroes Reborn: Dark Matters and Heroes Reborn and was most recently seen in the new medical drama Code Black. Overall he has done very well for himself with only 15 acting credits, but a respectable net worth of $2 million.

Estimated Net Worth: $500 Thousand. Jennifer Freeman initially missed out on the role of Claire Kyle when Jazz Raycole was cast, but once Raycole was pulled, Freeman got her shot and ended up starring in the role for the remainder of the series. Prior to the part she had small roles on series such as 7th Heaven, Even Stevens, Lizzie McGuire and also appeared in films such as You Got Served and Johnson Family Vacation. Her acting career has been really quiet with only seven roles from 2005 to present, and she is left with an estimated net worth of $500 thousand.

Estimated Net Worth: $1.5 Million. Parker McKenna Posey was only a toddler when she began appearing in commercials and quickly went on to work as print model and appeared in ads for brands such as Disney and Old Navy. Posey began her on-screen career by appearing in music videos and then went to acting and was only 5 years old when she was cast as Kady Kyle. She has little acting roles since appearing in a few series and has two movies in the works right now. Thanks to her early start in the industry, however, Posey was able to build up an estimated net worth of $1.5 million.

Estimated Net Worth: $1 Million. George O. Gore II was only young when he took an interest in acting, and made his professional debut in the 1992 film Juice when he was only 10. He went on with roles in Law & Order, Eddie, The Devil’s Advocate, and New York Undercover before landing the part of Junior on My Wife and Kids. Aside from this role, he only has four more acting credits to his name including two voice acting credits and was last seen in the short lived 2013 series Second Generation Wayans. Despite his lack of roles, he still has an estimated net worth of $1 million.

Estimated Net Worth: -$15 Million. Yes, that says that Tisha Campbell-Martin has an estimated net worth of negative $15 million! As it turns out, the actress who has 49 acting credits to her name, filed for bankruptcy along with her husband Duane Martin in April 2016, claiming to be $15 million in debt. They claimed to only have $313,000 in assets between them with a combined monthly income of $7,655, but have monthly expenses of $17,000. Even though she’s suffering from financial troubles, she has continued acting past her role as Jay in My Wife and Kids. She has since appeared in Everybody Hates Chris, Rita Rocks, The Protector, and most recently in the series Dr. Ken, but it is clearly not enough to keep her lifestyle afloat.

Estimated Net Worth: $35 Million. Damon Wayans is not only an actor but also a writer, producer, and director and has done very well for himself in the entertainment industry. He is one of 10 Wayans children, many of whom went on to have a lot of success in the entertainment industry thanks to their comedy prowess. Damon along with his brother created the hugely popular series In Living Color and was also the creator of My Wife and Kids and wrote a few of the episodes. For his acting he is best known for Beverly Hills Cop, The Last Boy Scout, Major Payne, Bulletproof, In Living Color, My Wife and Kids and is set to star in the anticipated TV series version of the hit Lethal Weapon franchise, taking on the role of Roger Murtaugh. His time in the industry has definitely paid off with an estimated net worth of $35 million.