Home » Entertainment » TV » Cast of Melrose Place: Where are They Now?

Cast of Melrose Place: Where are They Now? 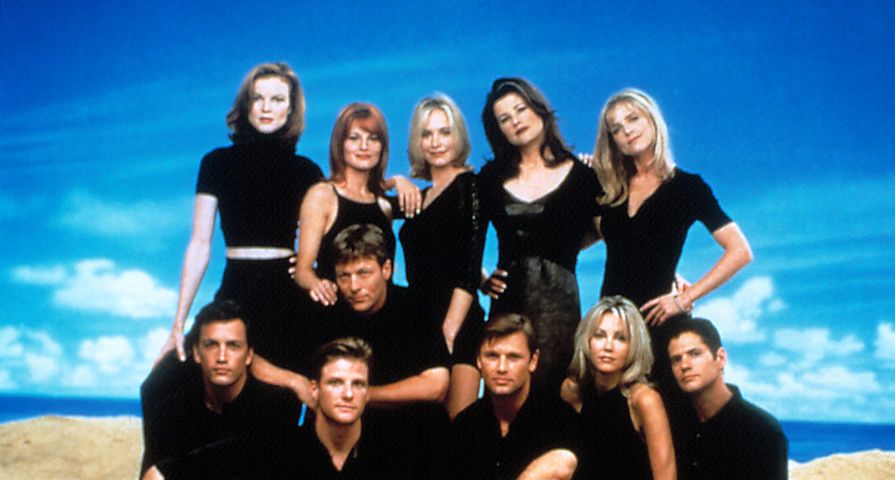 Set in West Hollywood, this popular American soap opera ran for seven seasons between 1992 and 1999. Originally a spinoff of 90210, it was wildly successful in its own right and launched the careers of several actors. The cast of Melrose was constantly evolving as new actors replaced old ones and only Thomas Calabro (Dr. Michael Mancini) managed to stay on the cast roster for the entirety of the show. The show was cancelled because of production costs, but many stars appeared in their original roles in the failed Melrose Place 2009 remake. Let’s see what the cast has been up to!

Thomas Calabro (Michael Mancini) has continued his acting career since starring in Melrose Place and his latest film The Man in 3B came out this year. He also appeared in an episode of Glee (2002) as Mr. Puckerman. After Melrose, Calabro was featured in several TV movies and TV series including Nip/Tuck (2005), Touched by an Angel (2001), and Cold Case (2005).

Heather Locklear’s (Amanda Woodward) star continued to rise since leaving Melrose Place.  She has appeared as a regular on several TV shows including Spin City (1999-2000), Lax (2004-2005), Hot in Cleveland (2013), and Franklin and Bash (2013). In her personal life, she divorced Richie Sambora (from Bon Jovi) in 2007 and was charged with driving under the influence of medication in 2008.

Since playing Billy on Melrose, Andrew Shue has taken a long hiatus from acting and did not appear on-screen until 2007 as Coach Owen Clark in Gracie. In the interim, he divorced Jennifer Hageney in 2009 and the following year married Amy Roach, the News Anchor for Good Morning America.

It was a rough go in Hollywood for Josie Bissett (Jane Andrews Mancini) after Melrose ended. From 1999 to 2008 she was only in three TV movies and featured in Law and Order (2003), as well as the Melrose re-boot. She eventually got a regular gig as Kathlee Bowman in The Secret Life of the American Teenager. She also wrote two books called “Little Bits of Wisdom” (2001) and “Making Memories” (2003), and even a children’s book entitled “Tickle Monster” (2008).

After leaving Melrose, Courtney Thorne-Smith (Allison Parker) signed on to play Georgia Thomas in Ally McBeal (1997-2002). Afterwards, she starred as Cherly in According to Jim and then played Lyndsey Mackelroy in Two and a Half Men as Alan’s love interest. She’s also had two marriages since Melrose. She was married to Andrew Conrad for less than a year and has been married to Roger Fishman since 2007.

Grant Show (Jack Hanson) has remained in the biz, and is currently starring in the TV series Devious Maids as Spence Westmore. He has had several recurring roles in popular TV shows such as Swingtown (2008), Accidentally on Purpose (2009-2010), Private Practice (2008-2011), and Big Love (2011).

Jack Wagner (Peter Burns) did not lose steam after Melrose was cancelled and had a very successful career in the soap opera business. He appeared in The Bold and the Beautiful for almost a decade as Dominick Marone (2003-2012), and was a regular in General Hospital (1983-2013) as Andrew ‘Frisco’ Jones. He is currently in the period TV series When Calls the Heart as Bill Avery.

Before Melrose ended Doug Savant (Matt Fielding) married Laura Leighton and they had two children together. Savant already had two kids with his pervious wife Dawn Dunkin, who he divorced a year before marrying Leighton. After a string of TV movies, Fielding was cast as Tom Scavo in Desperate Housewives alongside former Melrose resident Marcia Cross.

Post Melrose, Marcia Cross (Kimberly Shaw) mainly made appearances in TV shows such as Spin City (2000), Ally McBeal (2000), and King of Queens (2002-2003). She got a recurring role in Everwood (2003-2004) before getting her next big break as Bree in Desperate Housewives. Furthermore, she was nominated for five awards for DH. She married Tom Mahoney in 2006 and has twins with him.

Daphne Zuniga actually played Jo Reynolds in three different series: Melrose Place, Models Inc, and the Melrose reboot. She mainly appears in independent films such as A Remarkable Life, which is set to release this year. Her last big role was Victoria Davis in One Tree Hill (2008-2012).

Rob Estes (Kyle McBride) ended his marriage to fellow Melrose cast member Josie Bissett in 2006 and married Erin Bolte four years later and they have one child together. His last appearance as a regular in a TV series was as Rob Maroney in Unnecessary Roughness (2012).

Kelly Rutherford’s biggest role since Melrose Place was in Gossip Girl (2007-2012) where she played socialite Lily van der Woodsen.  Two years after Melrose, she married Carlos Tarajano, which lasted less than seven months, and then she married Daniel Giersch in 2006, and divorced him four years later.