Home » Entertainment » TV » Things You Might Not Know About Melrose Place 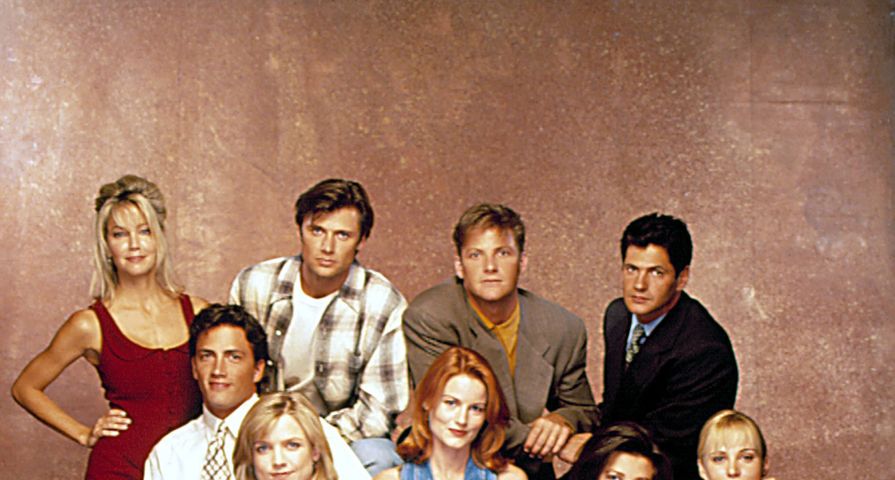 Melrose Place was an American drama set in the fictional town of Melrose Place in California.  The show ran for 7 seasons and aired from 1992 to 1999.   It follows the lives of young adults exploring relationships and creating drama. Giving way to the surplus of teen dramas in the ’90s, Melrose Place featured stars like Heather Locklear, Andrew Shue, Jack Wagner, Marcia Cross and Kelly Rutherford. Even though a few came back for the attempted reboot in 2009, it just showed nothing is better than the original. Check out 11 Things You Didn’t Know About Melrose Place.

Before starring on Melrose Place as Matt Fielding, Doug Savant delivered pizzas for Dino’s Pizza in Burbank, California.  He met his wife Laura Leighton (Sydney Andrews) while filming Melrose and eventually left the show in 1998, because his character was not getting any new storylines.  Leighton left the show the same year.

Josie Bissett (Jane Andrews Mancini) was married off screen to Rob Estes (Kyle McBride) from 1992 to 2006.  The couple had two children, Mason True Estes and Maya Rose Estes before their divorce.

Heather Locklear (Amanda Woodward) flunked her cheerleading tryout in high school and became a member of the drama club instead.  Her daughter with Bon Jovi rocker Richie Sambora, Ava Sambora did become a Viewpoint Patriots cheerleader however.

Ten years after Melrose Place’s series finale, a remake aired by the same name.  After one season with 18 episodes, the show was cancelled due to bad ratings.  The Beverly Hills 90210 remake faired far better with five seasons.  The original Melrose Place was a spinoff of the original 90210.

Andrew Shue played Billy Campbell for 192 episodes, and is the younger brother of Elizabeth Shue who is well known for Cocktails and Adventures in Babysitting.  Both siblings named their sons after their brother William Shue, who passed away in 1998 at the age of 26 after a freak accident while on family vacation. According to his IMDB page Shue was “intending to swing on an old rope tied to a tree and splash into a pond, the rope broke, dropping William onto a broken tree branch instead, impaling him.” The Shues also attended the same high school as Zach Braff in New Jersey.

In Season One, Linden Ashby appears on Melrose as Charles Reynolds for two episodes.  In 1997, he joins the main cast as Dr. Brett ‘Coop’ Cooper.  Rob Estes first comes to Melrose Place as Sam Towler and then makes a comeback in 1996 as Kyle McBride.

5. And Then There Was One

Melrose Place ran for 7 seasons, and yet only one main character was on the show for the running of the entire series: Thomas Calabro who played Michael Mancini.

At the end of Season Three, Kimberly was supposed to blow up Melrose Place, but the finale was re-written after Oklahoma City was bombed a month before the episode was expected to air.  Similarly, Spider Man originally had a sequence with the twin towers which was scrapped after 9/11.

3. Your Very Own Melrose Pool Water

The show’s staff sold swimming pool water on EBay after the series finale aired.  The show was canceled in 1999 due to high production expenses and low ratings.

In 1996, Lisa Rinna joined the Melrose crew as Taylor McBride.  The part of Taylor was originally assigned to Hunter Tylo, but she was fired when her pregnancy became known as it violated her change-in-appearance contract clause.  Tylo successfully sued executive producer Aaron Spelling and was awarded $4.9 million.  Similarly, Stephen Fanning was supposed to play Billy Campbell, but was replaced by Andrew Shue after he became “too fat.”