Home » Entertainment » Celebrities » Cast Of Hawaii Five-0: How Much Are They Worth?

Cast Of Hawaii Five-0: How Much Are They Worth? 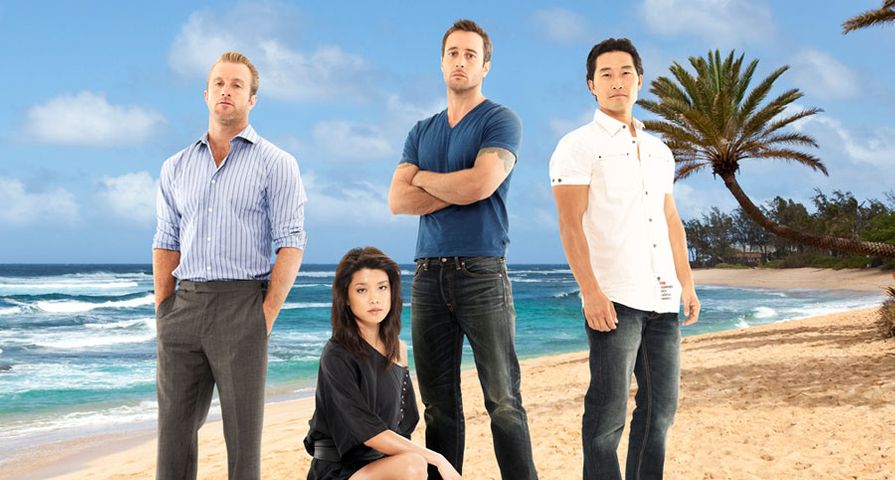 In the ’70s Hawaii Five-O was one of the biggest hits on television, and in 2010 it finally made its return with a fantastic reboot. The new Hawaii Five-O has now been on for nine seasons, making it yet another hit thirty years after the original. With so much success, the cast is obviously enjoying the benefits of the hit series, which makes us wonder, how much they are getting for being stars of the show? Check out how much the cast of Hawaii Five-O is worth:

Estimated Net Worth: $5 Million. Jorge Garcia is one of the most recognizable faces in the industry with his talent and signature hair. He got his start acting in the late ’90s beginning with many small roles, but started to turn heads with roles in Becker and especially his one episode appearance in Curb Your Enthusiasm. Thanks to that one episode role, the producers of Lost offered him the role of Hugo “Hurley” Reyes, stating they had created the role specifically for him. After Lost, Garcia appeared in Alcatraz, Californication, Once Upon a Time and, of course, Hawaii Five-O as Jerry Ortega. As a fan-favorite actor, Garcia has done well for himself with a net worth of $5 million.

Estimated Net Worth: $800 Thousand. Michelle Borth has been off and on as a recurring, main, and guest star on Hawaii Five-O since its very first season, and it has been her biggest role so far. Before the series, Borth appeared in many TV shows and films, but got her big break with Tell Me You Love Me, The Forgotten, and Combat Hospital. Due to her lack of major roles, Borth’s net worth sits at an estimated $800 thousand.

Estimated Net Worth: Unknown. Dennis Chun hasn’t had a prolific career in Hollywood and only appears in series and films shot in his native home of Hawaii. He began acting with a small role in a 1972 episode of The Brady Bunch and then appeared in the film Inferno in Paradise before getting a small role in the original Hawaii Five-O series. Now, Chun is best known for his role as Sgt. Duke Lukela through 64 episodes of the new series, but because of his lack of roles, his net worth remains unknown.

Estimated Net Worth: $10 Million. Chi McBride began his career at a young age with a focus in music, but quickly found his talents in acting and switched careers. He has many, many roles to his name, but it all began back in 1992 with a part in the film Revenge of the Nerds III: The Next Generation and he also appeared in an episode of The Fresh Prince of Bel-Air. McBride had many appearances in different films and series, but got his break in the comedy series The John Larroquette Show. He is now best known from roles in The Terminal, I, Robot, Boston Public, Gone in Sixty Seconds, and of course as Lou Grover in Hawaii Five-O. Thanks to so many roles which now includes lots of voice acting, McBride has a very respectable net worth of $10 million.

Estimated Net Worth: $500 Thousand. Taylor Wily has a grand total of six acting credits to his name, but that doesn’t stop him from being recognizable. Many audiences will know him as Kemo from the hilarious film Forgetting Sarah Marshall, and now as Kamekona on Hawaii Five-O. Despite being popular with fans, Wily has few acting credits and so he only has an estimated net worth of $500 thousand.

Estimated Net Worth: $5 Million. Masi Oka has a lot of skills and talents, and one of them just happens to be acting! After small roles on TV, he got his big break with a role in the film Austin Powers in Goldmember. From there he appeared in projects such as Luis, Along Came Polly, Scrubs, Reba, Get Smart, and Fired Up! but became most well known from his roles in the series Heroes. He never slowed down with his roles and is now one of the stars of Hawaii Five-O as Max Bergman. Thanks to his continuous roles and hard work, Masi Oka has an estimated net worth of $5 million.

Estimated Net Worth: $10 Million. Grace Park has stunned fans with every single one of her roles, and it all began back in 2000 when she had a small appearance in the Jet Li and Aaliyah led film Romeo Must Die. She went on to land several roles in different TV series, but became well known with her roles in Edgemont and then Battlestar Galactica. For seven seasons, she starred as Kono Kalakaua in Hawaii Five-O and has made herself an incredible net worth of $10 million.

Estimated Net Worth: $8 Million. Daniel Dae Kim began acting back in 1991 and appeared in many series such as Law & Order, All My Children, and Beverly Hills, 90210, before landing bigger roles in Crusade and For Love of the Game. He built on his resume with roles in Angel, Star Trek: Enterpirse, 24, Spider-Man 2, and Crash. He hit it big in 2004 when he was cast in the massively popular series Lost, and was one of the main stars on Hawaii Five-O for seven seasons. Overall, Kim has made an estimated net worth of $8 million.

Estimated Net Worth: $16 Million. Scott Caan comes from a famous family, but he has made a name all for himself. He actually got his start in the industry working as a roadie for different bands, and eventually turned to acting when he got his big break in the 1999 film Varsity Blues. His film credits then quickly added up with roles in Boiler Room, Ready to Rumble, Gone in Sixty Seconds, American Outlaws and Ocean’s Eleven, among many others. In 2010 he landed the role of Danny Williams in Hawaii Five-O, and has made a whopping $16 million.

Estimated Net Worth: $7 Million. Alex O’Loughlin is an Australian actor who got his start in commercials and short films before working his way to mainstream Australian television. He quickly became known to more audiences with roles in The Shield, August Rush and the Jennifer Lopez film The Back-up Plan. His biggest success has been landing the lead role of Steve McGarrett on Hawaii Five-O which has helped him accumulate his estimated net worth of $7 million with a salary of $115 thousand per episode.