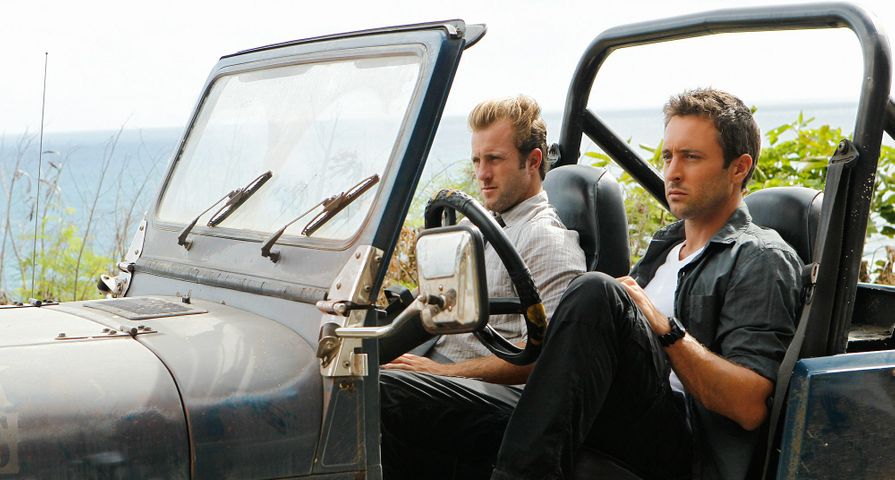 Doing a reboot or remake is always risky, but it is safe to say CBS knew what they were doing when they remade the hit ’70s series Hawaii Five-O. The new series aired in September of 2010 and has quickly became a huge fan favorite with it’s intense drama and amazing cast. While the show has done very well, it wasn’t an easy road to make it happen! Now, the remake is arguably just as popular as the original and fans tune in episode after episode and season and season to follow the adventures of the new cast and crew, so for those fans and those new to the series here are 10 things you didn’t know about Hawaii Five-O!

While the reboot finally worked out in 2010, it was a long road for it to actually happen. After the original series ended in 1980 there were many rumors about bringing it back, and it all started well before 2010. In 1996, an one-hour pilot episode  for a rebooted series was written and produced by Stephen J. Cannell and was set to star Gary Busey and Russell Wong, but never made it to air. Then, in August of 2008 another attempt was made to remake the series and was to be a present-day sequel of the original and was headed by Criminal Minds showrunner Edward Allen Bernero. This time, however, the version didn’t go past the script. A year later it was once again announced that Alex Kurtzman and Roberto Orci were to script a pilot episode, and finally in May of 2010 it was picked up by CBS and Hawaii Five-O officially had a new life.

It is not a lie to say that Scott Caan and Alex O’Loughlin were the perfect picks to star as Danny Williams and Steve McGarrett for the series, and while the two are close now, and even have birthdays only day apart, things did not start off smoothly for the two stars. The two had great chemistry on-screen and were professional on-set, but off-screen things were rocky. “He’s alpha and I’m alpha so at first our egos kind of bumped,” Caan revealed in an interview. “We were both sizing each other up, thinking, ‘Alright, if we had to fight, how am I going to win this fight.'” Luckily the two put their egos aside and realized they got along really well. “We’re really good friends now. I support Alex and have his back – I have nothing but nice things to say about him. But I don’t envy him – he’s got three kids and a dog and two assistants. Alex likes to complicate things.”

The series both old and new has millions of fans so star Scott Caan doesn’t feel the need to be another one despite the fact he stars in it. In fact Caan just isn’t all that interested in watching TV at all even though it is how he makes his living. “I don’t want to get too attached to watching a show because there’s too many other things I want to get done. I have heard there’s fantastic television out there. People I respect are telling me they don’t watch movies any more, that they are watching Breaking Bad and Clarie Danes’s new show – I don’t even know what it’s called. I’m just quoting other people here; I don’t know if this is true,” he explained in an interview.

Alex O’Loughlin and Scott Caan may be the two leads of the series, but actor Daniel Dae Kim was a large part of the show’s success as well. Instead of the lead actors, he was actually the first one to be cast thanks to his recent success on the series Lost and producers said he could easily pass for a native Hawaiian despite his Korean heritage.

The hit drama series Lost came to an end the same year that Hawaii Five-O was rebooted, and it seems the crashed plane in Lost may have actually landed in Hawaii given the number of connections between the two shows. As of the most recent season, there have been at least 18 actors who were on Lost who also appear on Hawaii Five-O.

Fans of Hawaii Five-O are well aware that the number one villain in the series is Wo Fat, but many aren’t aware of the interesting story of how the character got that name. Leonard Freeman, who is the creator of the original series, came upon the name when wandering around Honolulu’s Chinatown. He spotted a restaurant called Wo Fat and decided almost immediately it was a perfect name for a villain. While the restaurant has long since been closed down, the character has already been seen in more episodes than in the original series.

The car driven by the original Steve McGarrett played by Jack Lord, which is a 1974 Mercury Marquis, became iconic of the entire series and they have made sure to keep it in the family. Stuntman John Nordlum has owned the car after the series ended and let it be used in the new series which the new Steve McGarrett says belonged to his father, John. They paid tribute to the original by keeping the license plate the same: F6-3958.

Hawaii Five-O makes a lot of sense for the name of a police procedural series set in Hawaii as Five-O is a slang term used for police. As it turns out, however, the title isn’t a reference to police officers at all. The show is called Hawaii Five-O in reference to the fact that Hawaii became the 50th state to join the union in 1959.

When a long-running series sets up shop for filming there are often mixed feelings from local people about having a large cast and crew constantly there, but the show’s economic impact has been so positive it has been dubbed “The Five-O Effect.” According to Hawaii News Now, the entire state, not just the town where the majority of the show is filmed, has benefited from the hit show being shot there. Kona Brewing Company saw an increase of 60% on sales after their beer was featured as McGarrett’s favorite drink in many episodes. Other businesses as well as tourist attractions have also seen increases in sales thanks to fans from out of state visiting landmarks seen in the show.