Home » Entertainment » Celebrities » Cast Of Gilmore Girls: Where Are They Now?

Cast Of Gilmore Girls: Where Are They Now? 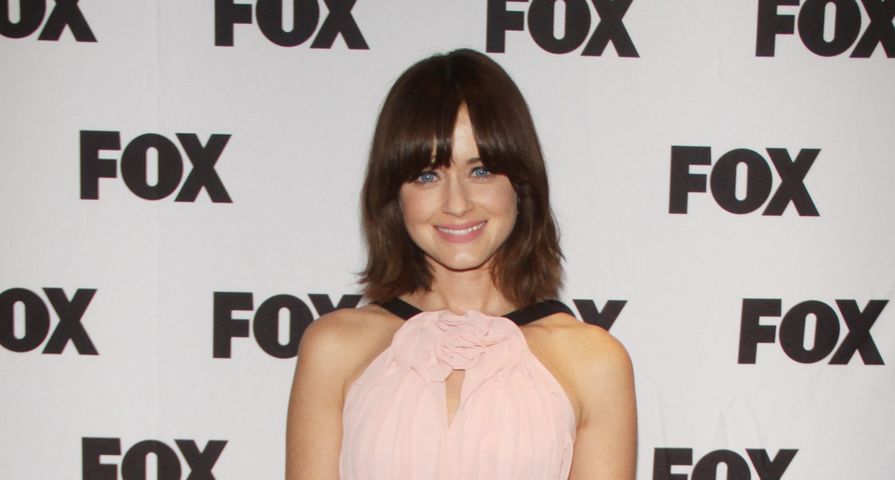 Gilmore Girls featured the often hilarious mother and daughter duo Lauren Graham and Alexis Bledel as Lorelai and Rory Gilmore.  The show featured the trials and challenges of being friends with your kids, while still being their parents. Gilmore Girls ran for seven seasons from 2000 to 2007. The show has not been on the air for eight years and fans often ask, where are the former residents of Stars Hollow are today? Well, it’ll never be known whether Rory ever made up with Logan or if Lorelai and Luke actually got married, but the actors’ known whereabouts are about to be revealed…

Who can forget Rory’s first kiss to hunky Dean Forester (Jared Padalecki)? After calling it quits (for the last time) with Rory and Gilmore Girls, Padalecki became Sam Winchester in the TV series Supernatural (2005-2011). He also provides Sam’s voice in the animated series. Since Gilmore Girls, he married Supernatural co-star Genevieve Padalecki and they have two sons together.

While Paris Geller may have gone to medical school, Liza Weil played Dr. Glass in Anyone But Me (2010-2011). She also appeared in every Shonda Rhimes show including Grey’s Anatomy (2009), Private Practice (2011), Scandal (2012), and currently stars as Bonnie Winterbottom in How to Get Away with Murder. She was also another Gilmore Girls alum to appear in Bunheads (2013). Off-screen, she is married to Private Practice star Paul Adelstein and they have a daughter together.

Nerdy entrepreneur Kirk Gleason has continued to flesh out his acting career, including playing Sebastian on Bunheads with former co-star Kelly Bishop (Emily Gilmore). Last summer he played Kraglin in Guardians of the Galaxy (2014) with Chris Pratt and he is currently filming The Belko Experiment.

Since Rory turned down his marriage proposal, Czuchry (Logan) has appeared in two TV series and played Chris Kennedy in Friday Night Lights (2008) and Cary Agos in The Good Wife (2009-2015).

Out of all the Gilmore Girl alum, McCarthy (Sookie St. James) has had one of the most successful careers. She has starred in Mike and Molly (2010-2015), and a string of Hollywood comedies including The Hangover Part III (2013), The Heat (2013), Identity Theft (2013), and Bridesmaids (2011). McCarthy will be appearing next in Ghostbusters, which is currently filming and expected to hit theaters in 2016.

After getting his act together in San Francisco (although he didn’t get back together with Rory), the former Gilmore flame Jesse Mariano (Milo Ventimiglia) went to star in several TV shows such as Heroes (2006-2010), Wolverine (2011), Mob City (2013), Chosen (2013), Gotham (2015), and The Whispers (2015). He also created a comic called REST and dated Heroes co-star Hayden Panettiere.

TV’s beloved grandfather Richard Gilmore was a very successful actor before and after Gilmore Girls and has 131 acting credits to his name. He was featured in Grey’s Anatomy as Dr. Norman Shales (2007), did several TV movies, played Lionel Deerfield in the Good Wife (2010-2013), and appeared in the Wolf of Wall Street with Leonardo DiCaprio (2013). Unfortunately, Hermann passed away last year from brain cancer. His last movie Coach of the Year will come out this year.

It’s sad to say that Lane never fulfilled her dream of being a rock star drummer, but she did appear in several popular TV shows since Gilmore Girls ended. She played Sister Amy in Private Practice (2008), Dr. Cheng in House M.D. (2010), Brittany Sturgess in Shameless (2012), and BirdBird in Learning Town (2013). She is currently teaching and performing improv shows in LA.

After working at Luke’s Diner, Todd Lowe (Zack Van Gerbig) decided he liked being at a restaurant so much, he moved to Bon Temps and became the cook (Terry Bellefleur) at Merlotte’s in HBO’s True Blood (2008-2014). He is also in a band in real life called The LA Hootenanny.

Even though Christopher couldn’t make it work with Lorelai, he is making it work in his acting career. He played Kate Walsh’s love interest Kevin Nelson in Private Practice (2007-2009) and is currently portraying Dr. Ben Barliss in the TV series Proof (2015).

In 2007, Luke Danes (Scott Patterson) hung up his flannel shirt and baseball cap to play Gary Tolchuk in Aliens in America (2007-2008) and appeared in Saw V (2008) and Saw VI (2009) as Agent Peter Strahm. Since Gilmore Girls he had an art show featuring his paintings.

Emily Gilmore (Kelly Bishop) is no longer planning DAR events, but she is still in the acting biz and had roles in Law & Order: SVU (2000-2009), Mercy (2010), and Bunheads (2012-2013). She also appeared in Friends with Kids (2011) starring Jon Hamm. Hamm had a brief cameo on Gilmore Girls in 2002. On and off-screen Bishop advised Lauren Graham about her love life and she suggested she date Peter Krause years ago

After playing caffeine addict Lorelai Gilmore, Lauren Graham went on to star in a new TV show, Parenthood (2010-2015) with Erika Christensen, Mae Whitman, and Dax Shepherd. She’s also made other TV appearances in Web Therapy (2014) and The Odd Couple (2015). Currently, she is in a relationship with Parenthood co-star Peter Krause.

Since wrapping up Gilmore Girls in 2007, Alexis Bledel (Rory Gilmore) has been very busy starring in films and making TV appearances including Post Grad (2009), The Sisterhood of the Travelling Pants 2 (2008), Mad Men (2012), and Us and Them (2013-2014). In her new movie, Jenny’s Wedding (2015), which is set for release this summer, she plays Katherine Heigl’s (Jenny) fianceé as they struggle to plan their wedding while getting Jenny’s family onboard with their nuptials. Off-screen, she married Vincent Kartheiser, her on-screen love interest from Mad Men, in 2014. Sorry Logan.