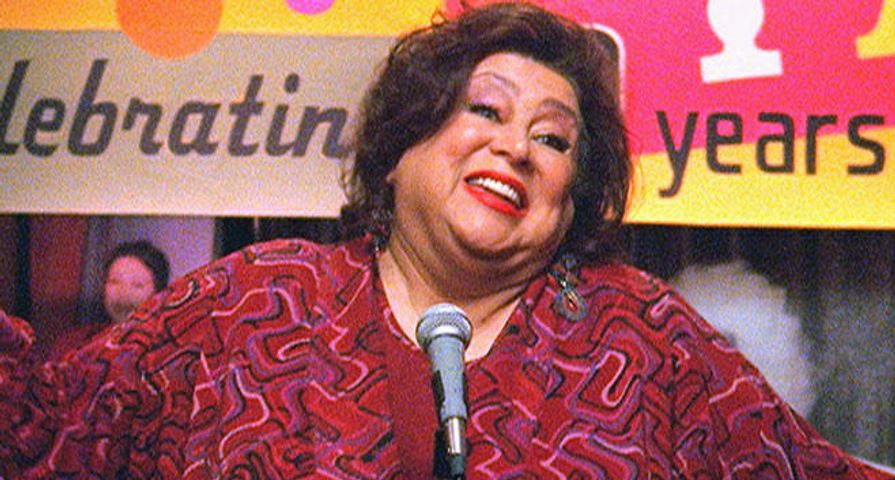 Gilmore Girls is one of those iconic shows with a huge cult following. With a total of seven seasons under its belt, the series ran from 2000 to 2007 and was incredibly successful during it’s time on air — so much so that it was recently revived in a highly anticipated four-part Netflix miniseries called Gilmore Girls: A Year in the Life! A critically acclaimed show, Gilmore Girls goes down in history as one of the best shows ever thanks to it’s quick witted dialogue, pop culture references, and most importantly, the amazing cast! Of course the two main leading ladies played a huge part in that, but there were also some pretty awesome minor characters who brought a lot of life to Stars Hollow! Here’s a list of 9 minor characters from Gilmore Girls who stole the show!

Before viewers met Lane’s long-time love, Zach, there was Dave Rygalski, her first boyfriend. He was a cute and witty guitarist who also happened to have a huge crush on Lane. These two were adorable together! It was a classic tale of “high school puppy love” and he seemed to be a perfect match for Lane. His character was bold but sweet as he worked up the courage to stand up to Mrs. Kim to ask Lane to the prom. He even read the whole Bible in one night just to impress her. Even though his character was short lived as he moved to California to attend university, he was definitely not forgotten!

Finn and Colin weren’t introduced until later on in the series in season 5 and 6, but during their short stint, they offered a great deal of comic relief — especially Finn! These two were friends of Logan Huntzberger and the infamous ‘bad boys’ at Yale who loved to pull pranks like when they busted into Rory’s class to perform a bit pretending they were fighting over her affection. Finn was the better half of the duo. He played an eccentric Australian who was constantly trying to get Rosemary to go home with him and his catch phrase was, “Have we met before?” He was also full of witty one liners and comebacks which made him even more memorable.

TJ was introduced in season 4 as the new boyfriend and husband-to-be of Luke’s sister, Liz. The banter between Luke and TJ is great and provides a lot of comedic relief. TJ is one of those characters who means well, but is constantly screwing up! He can’t seem to get anything right and despite Luke’s dislike for him, he’s always bailing him out. Like a child he never seems to recognize that he does anything wrong — remember when he knocked a giant hole in Lorelai’s house? Yikes! Poor TJ, he’s always the butt of the jokes on Gilmore Girls, but it makes him very memorable!

Babette might have played a small role on the show, and was even short in stature, but she was far from minor! Babette was the loud and nosy neighbor of Lorelai and Rory often seen around town singing and telling crazy stories about her past. She and her husband Morey were always popping up unexpectedly in any given scene, especially if it meant spreading or learning of any juicy new gossip in Stars Hollow. Babette is always concerned about the well-being of Rory and Lorelai and is often found calling for them for help or popping over unexpectedly whenever she suspects trouble. Her over-the -top personality made her an obvious scene stealer — in a good way!

We don’t meet much of Luke’s family (aside from Jess) until Liz comes into the picture in season 4. When her character is introduced, it’s clear she has a bit of a sketchy past when it comes to boyfriends and steady work, but this time it’s different! She doesn’t seem to have much of a motherly impact on Jess and is more focused on herself and her love life than she is on raising him. Despite her bad track record, she ends up sticking around and marrying TJ. The banter between these two is hilarious! Liz is such a sweet character — she’s kind of like TJ in the sense that, as much as Luke gets annoyed with her, he can never say ‘no’ or be mad at her. By season 6, she becomes Luke’s a main confidante, especially when he and Lorelai break up.

Patty is a character who is most definitely larger than life. We love her because she’s so friendly and caring, but she’s also constantly butting into other peoples business! She’s best known in Stars Hollow as the many-times divorced dance instructor who loves to nostalgically tell stories about her past as a dancer to the kids in her dance lessons. She and Babette are often seen as a pair around town, especially when it comes to digging for the latest juicy gossip. Miss Patty’s dance studio is a staple in Stars Hollow. It’s the location for all those hilarious town meetings and is often seen in scenes as Lorelai and Rory walk around town which helps make Miss Patty one of the most memorable minor characters!

Mrs. Kim wasn’t always the most likable character on Gilmore Girls, but she grew on us. Despite the fact that she was a minor character, she managed to shape a lot of storylines for her daughter’s character, Lane. Her main role on the show was to act as the insanely strict mother of Lane who set high standards and strict guidelines for her teenager daughter, causing Lane to have to sneak around behind her back and eventually move out. The rules she set for Lane and everyone else were so unattainable it was laughable! It actually ended up providing comedic relief! For the first couple seasons viewers were probably convinced Mrs. Kim was a robot with no emotion, but when Lane moves out and forges her own path, we start to see a softer side to her which made her even more enjoyable to watch!

Similar to Mrs. Kim, Taylor Doose isn’t always a favorite character on the show, but he’s still one of the best. As the self-appointed community cheerleader, Taylor is the driving force behind all those beloved Stars Hollows community events. He’s always trying to rally the community and create more tourism for the town. Doose did play a minor role on the show, but it hardly ever seemed that way because he was loud mouthed, opinionated and extremely stubborn with rules! The town hall meetings he ran offered up some of the best scenes in each episode. Despite the fact that he was constantly causing trouble for people like Luke and Lorelai, underneath his scruffy beard and toupee, we knew he meant well.

Michel easily lands in the number one spot on this list because he provides some of the best entertainment with his sassy attitude and sarcastic humor. His over-the-top diva behavior makes Michel go down in history as the world’s worst employee. The best part? He makes no apologies about it! He’s also secretly amazing which is why he never gets fired. The Inn would not be the same without Michel. We also love his character because he is the epitome of irony as he works in customer service, but hates people and cares more about his dogs and Celine Dion than anything else in the world.