Home » Entertainment » TV » Gilmore Girls: A Year In The Life – 11 Most Surprising Moments 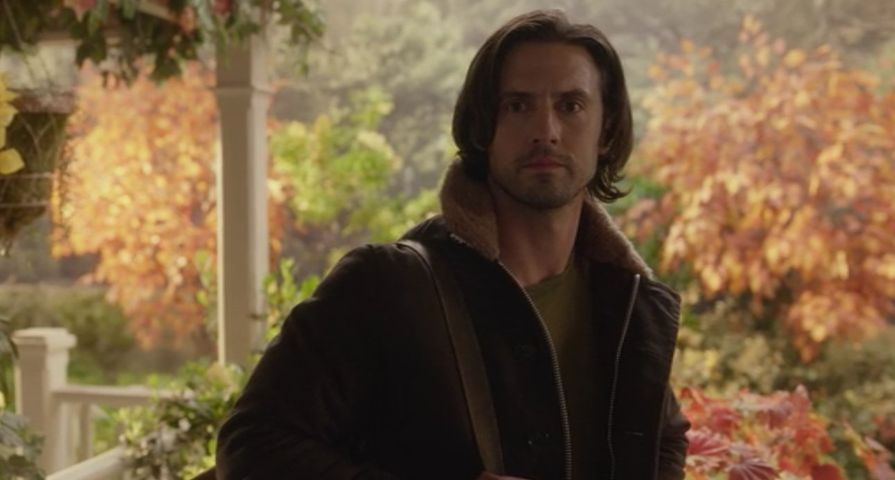 Gilmore Girls: A Year in the Life was full of surprises – some of the good and others not so good. There were also a lot of unanswered questions, which makes us think that there will be more episodes, but we’re going to have to wait and see. Since there were so many surprises, we’ve rounded up the 11 most shocking moments from the revival series – so here they are:

On the WB series, Gilmore Girls, Rory didn’t really date much. She had three boyfriends in total and she was pretty serious about all of them. In the revival, she’s dating a forgettable guy named Paul. It’s unclear what the two have in common, but it’s obvious that she isn’t into him. This seems out of character for Rory. She was never one to just date for sake of dating, so how did she end up with this totally boring guy and why doesn’t she break up with him?

In Gilmore Girls: A Year in the Life, it’s made clear that Lorelai and Luke have been dating since the original series went off the air, which makes sense. It was obvious in the last episode of season seven that they were headed for a reconciliation. What is surprising, however, is that in all of those nine years since the series finale that they never got married until now.

Rory was one of the most driven characters on the original series. She had a plan since high school that she was going to go to Harvard. Although she doesn’t end up there, she ends up at Yale where she studies English and becomes interested in journalism. That passion led her to the Yale Daily News where she ended up becoming editor. Unfortunately, since finishing college and going to work on Barack Obama’s presidential campaign, she’s hit a wall. She’s now a freelance journalist with bylines in Slate, The Atlantic and The New Yorker, but none of this has led to more substantial opportunities. Given all of her promise, how did she end up back in Stars Hollow working for The Gazette for free? Maybe the book she’s writing about her relationship with her mother will end up being a smash hit but, at this point, it’s not helping to pay the bills.

Rory did lose her virginity to Dean while he was married to Lindsay, so maybe it shouldn’t be too much of a shock that she’s having a clandestine relationship with Logan while he’s engaged to another woman, but still. Rory is in her thirties now. We really thought she would know better than to go after another unavailable man, but apparently not.

Years have past since Paris’ high school crush on Tristan but, when she sees him during her and Rory’s visit at Chilton, she totally loses it and ends up having a meltdown in the girls’ washroom. We love Paris’ wild mood swings, but why would she get so worked up over a boy she never even dated? Doyle was her one true love – not Tristan.

6. Rory’s Encounter with the Wookie

Rory makes a lot of mistakes in Gilmore Girls: A Year in the Life, but this one was really shocking. While writing a piece on the psychology of lines for GQ, she ends up having a one stand with a guy in a Wookie costume. Oh, Rory. Like many of the other things she does in these four episodes, this one does not make sense and seems out of character. She’s never had a one-night stand before, so why would she start now?

The musical number during the “Summer” episode was a total surprise and it was also a waste of time. We only had four ninety-minute episodes to catch up with Rory, Loreli, Emily and the other characters, and this took precious time away from that. The musical didn’t help further the plot in any way either. It’s the sort of thing that should have ended up on the cutting room floor.

Emily comes a long way in Gilmore Girls: A Year in the Life. She struggles with losing Richard and trying to find herself and, by the end of the fourth episode, it’s clear that she’s found peace. While we assumed she would stay in Hartford to be close to Lorelai and Rory, she ups and moves to Nantucket and gets a job as a docent at a whaling museum. Emily…working?! Now we’ve seen it all!

3. Jess Still Has Feelings for Rory

After all of these years, who knew that Jess still has feelings for Rory! He didn’t have to say it – it was obvious from how he looked at her after she told him she had a few chapters finished for her book on relationship with her mother. He stared into the window after her and the look on his face said it all – he still loves her after all of these years.

One of the saddest realities on Gilmore Girls: A Year in the Life was the absence of Sookie. She made a brief appearance in the final episode “Fall,” but it wasn’t enough. As one of Lorelai’s best friends and as a co-owner of the Dragonfly, her presence was sorely missed. It was pretty clear that Lorelai was feeling that as she struggled to replace her with other chefs.

Even as Rory struggled through all four episodes of the revival series, it was still a shock when she told her mother at the end that she was pregnant. Looking back though, some of the signs were already there, like her conversation with her dad Christopher. It looks like she’s probably going to raise the child on her own, just like her mother did. Although there is no word on who the baby daddy is, our bet is on Logan since he was the last person she hooked up with.