Home » Entertainment » Celebrities » Cast Of Drop Dead Diva: How Much Are They Worth?

Cast Of Drop Dead Diva: How Much Are They Worth? 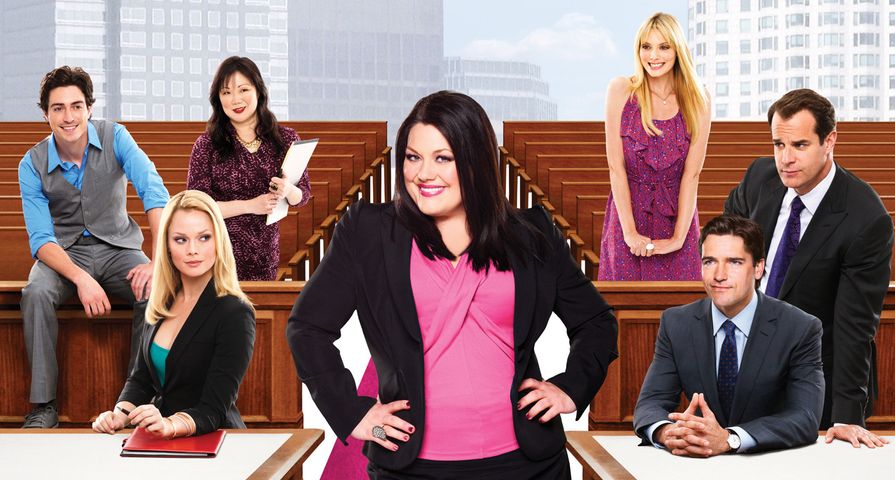 Drop Dead Diva might have flown under the radar while on air, but it actually experienced a lot of success and continued on for six seasons from 2009 to 2014! This American legal comedy-drama aired on Lifetime starred Brooke Elliott as a fashion model trapped inside the body of a plus-sized lawyer. The show gave face to a lot of new actors alongside some more experienced performers creating a much more diverse cast.  In an odd twist of events, the series was cancelled during the fourth season, but then brought back after the finale experienced a season high viewership, which means they had an extremely loyal fan following! It’s only been two years since the show went off the air, but we’re curious to see where the cast is now! Here’s a look at how much they are worth:

Estimated Net Worth: $1.5 million. Ben Feldman hasn’t been acting for very long, but he’s had some pretty notable roles thus far in his career. He’s starred in the films 400 Days, As Above, So Below, The Perfect Man and When Do We Eat?, as well as appeared in Friday the 13th, Cloverfield and Extreme Movie. Feldman had main castings on television in popular series like Living with Fran, Drop Dead Diva, A to Z and more recently, Superstore. One of his more famous roles was on Mad Men, first as a recurring character and then in season 6 when he was promoted to a main character. This role also earned him an Emmy nomination in 2012! In addition to these roles, Feldman has appeared on shows like Numbers, Las Vegas, The New Adventures of Old Christine, The Mindy Project and Silicon Valley. He’s worth an estimated $1.5 million.

Estimated Net Worth: Unknown. Josh Stamberg is a well credited actor, so it’s surprising not much is known about his net worth. He’s appeared in a lot of films, but hasn’t starred in many of them. He’s been involved in projects like, Saving Lincoln, Afternoon Delight, Fracture, A Lot Like Love, Love for Rent, Crazy Little Thing, and Must Love Dogs — just to name a few. When it comes to television, his main castings include series like Courting Alex and Drop Dead Diva, he also had a recurring role which turned into a main casting on The Affair. In addition to these, he’s had notable roles on CSI: Miami, Six Feet Under, Monk, Men in Trees, The Whole Truth, Criminal Minds, Parenthood, Unforgettable and Perception. His lack of leading roles might be why not much is known about his net worth, but we’d guess it’s somewhere around $2 million.

Estimated Net Worth: $3 million. Margaret Cho is a jack of all trades! She’s credited as an actress, comedian, fashion designer, author and singer-songwriter. She is most well known for her stand-up routines and her public advocacy for the LGBT community. She has done various tours putting on performances, released singles and even wrote two books. Her most famed acting roles have been in the films It’s My Party, Falling for Grace and Face/Off. More recently, she had a main role on the show Drop Dead Diva as Teri Lee. She’s had notable roles on series like All-American Girl, ‘Til Death, Drop Dead Diva, 30 Rock and appeared in an episode of Sex and the City with Heidi Klum. Her career as an entertainer and advocate has done her well because she’s now worth an estimated $3 million!

Estimated Net Worth: $2 million. This actress is also a dancer and Broadway performer — she even won a Tony Award for her role on stage in the musical 42nd Street! Her Broadway career was quite short, now she appears more frequently on screen with main castings on series like Kevin Hill and Drop Dead Diva, as well as a recurring role on Cashmere Mafia. She has also done many one episode appearances on shows like NCIS: Los Angeles, White Collar, Ghost Whisperer, Cold Case, Las Vegas, Out of Practice, and Medium, just to name a few. Kate Levering will soon be appearing on the new NBC drama, Cruel Intentions (based on the 1999 movie) alongside Reese Witherspoon and Sarah Michelle Gellar. Today, she’s worth an estimated $2 million!

Estimated Net Worth: $2 million. April Bowlby doesn’t have an extensive resume, but she’s been involved in some big money-making projects! She is most widely recognized for portraying Kandi on Two and a Half Men, as well as Stacy Barrett on Drop Dead Diva. Bowlby has only had one main casting on television which was on Drop Dead Diva and her role on Two and a Half Men was recurring, but she’s also appeared on popular series like How I Met Your Mother, Kath & Kim, Mom, You’re the Worst, Psych, CSI and Stacked. Her film career isn’t as extensive as her television career, but she has appeared in films like All Roads Lead Home, The Slammin’ Salmon and From Prada to Nada. Her hard work has all paid off because she’s now worth an estimated $2 million!

Estimated Net Worth: Unknown. Jackson Hurst’s list of acting credits is extremely minimal. He’s done appearances on shows like Scandal, The Closer, Unforgettable and Inspector Mom, but his only main casting was on Drop Dead Diva as Grayson Kent. He’s also appeared in a few films like The Tree of Life, Hidden Moon, Prime Suspect, and The Mist, but none of these were leading roles or particularly big projects. Hurst’s lack of credits and leading roles makes it hard to determine his net worth, but he’s probably somewhere around $500 thousand.

Estimated Net Worth: $5 million. This actress is more of an on-stage performer, but she does claim the leading role on the popular television series, Drop Dead Diva as Jane Bingum. Her other notable credits are in musical theater in productions like Beauty and the Beast and Wicked, as well as the Broadway productions of Taboo and The Pirate Queen. Elliott’s other on-screen credits are in the film What Women Want and the CBS pilot of Upper Middle Begin. He leading role on Drop Dead Diva has most likely contributed the most to her net worth leaving her with an estimated $5 million!