9 Great TV Shows That Should Never Have Been Cancelled 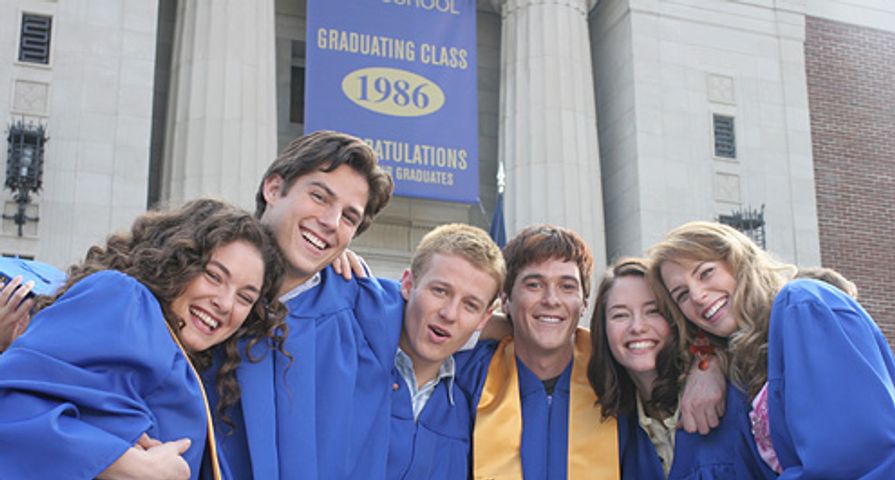 From Freaks And Geeks to My So-Called Life, some of the best shows on television were cancelled after only one or two seasons. Here is a list of nine great television shows that should never have been cancelled.

Based on a novel by the same name, Love Monkey starred The Flash’s Tom Cavanagh as Tom Farrell, a talent scout and musical act recruiter for a New York record company. The show also starred Judy Greer, Jason Priestley, and Larenz Tate as Tom’s circle of friends. Love Monkey included great humor and great music from artists such as LeAnn Rimes, Natasha Bedingfield and, at the time, an undiscovered Teddy Geiger.

Another great television show that ended far too soon was Eli Stone. Set in San Francisco, the show starred Elementary’s Jonny Lee Miller as Eli, a lawyer who began to have premonitions, which he was able to use to help him take on and win cases in order to help others.

Before she was Tibby in The Sisterhood Of The Travelling Pants or Jenny Harper on Two and a Half Men, Amber Tamblyn brought audiences to tears almost every week with her emotional portrayal of the kind-hearted, albeit often sarcastic and misguided, Joan Girardi, a skeptical teen whose life is turned upside down when she is visited by God, in the form of a cute teenage boy.

This fairy-tale premise tells the story of The Piemaker (also known as Ned, played by Lee Pace) who discovers at a young age that he has special powers allowing him to bring things back to life. As an adult, he uses these powers to bring his long-time crush, Charlotte “Chuck” Charles (played by Anna Friel) back to life, only to realize his powers are far more complicated than he first imagined.

Before they were famous, Anne Hathaway, Jesse Eisenberg and Eric Christian Olsen starred as the Green siblings in this lesser-known dramedy about a mildly dysfunctional family in the late ’90s.

Created by Girls producer Judd Apatow and starring Jay Baruchel, Undeclared followed freshman Steve Karp as he headed off to college…with his dad. Between the series regulars and the guest appearances, the series had a star-studded cast of comedic actors, including Seth Rogen, Jason Segel, The Big Bang Theory’s Simon Helberg, The Office’s Jenna Fischer, Masters of Sex’s Lizzie Caplan, The Good Wife’s David Krumholtz, and comedian Kevin Hart, as well as great cameos by Amy Poehler, Ben Stiller, Ted Nugent, Adam Sandler and Will Ferrell.

This next Judd Apatow series launched the careers of many well-known comedic talents, including James Franco, Jason Segel, Martin Starr, Busy Phillips, Linda Cardellini and Seth Rogen. The series flew under the radar during its first and only season, but became wildly popular after show’s cancellation and is currently available on Netflix.

2. My So Called Life

Much like Freaks And Geeks, MSCL is considered by many to be a cult classic. While it may have ended after just one season, it received high praise following its cancellation in early 1995. It also had a great soundtrack and helped launched the careers of Homeland’s Claire Danes and Suicide Squad’s Jared Leto.

This may be the most frustrating cancellation on the list. Reunion was told through a series of flashbacks, as well as scenes from present day (or, at that time, 2006). The present day plot revolved around the investigation of a murder, while the flashbacks presented backstories of the victim’s high school friends. The show had a great cast including Grey’s Anatomy’s Chyler Leigh, The Mentalist’s Amanda Righetti, Will Estes of Blue Bloods and Sean Farris of Pretty Little Liars. The pilot episode took viewers back to 1984, and in each of the following episodes the flashbacks jumped ahead by one year, each episode revealing further clues to help the audience determine who the killer may have been, a mystery was set to be revealed in the season finale. The only problem was…they cancelled the series mid-season!