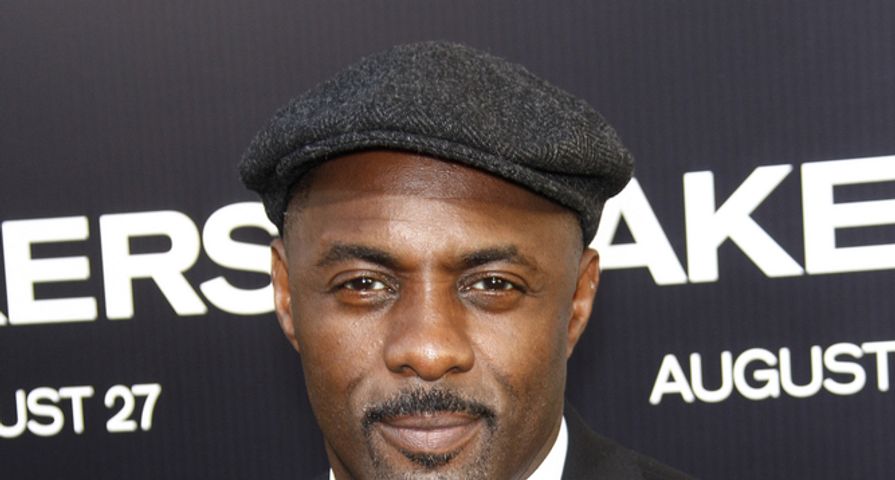 For actor Idris Elba, the road to stardom wasn’t easy. He had to work a lot of bad jobs and deal with a lack of financial resources, but now that he’s made it, he’s living the good life. With a Golden Globe nomination for his role on the television series Luther, as well as BAFTA and Golden Globe nominations for his performance in Beasts of No Nation, he now has his choice of acting roles. Now we’re just waiting for the day when he finally gets an Oscar nomination! Since it’s his birthday, we have 9 things you didn’t know about the mysterious but talented actor:

He was born Idrissa Akuna Elba on September 6, 1972 in East London, England, to Winston, who worked in the Ford motor factory at Dagenham, and Eve, who worked as a clerical assistant for the government. Both of his parents are from Africa. They met and married in Sierra Leone; however, while his father is of Sierra Leonean descent, his mother is from Ghana.

Before he was famous, he used to work the night shift at the Ford factory where his dad worked in London. His job was welding side panels onto Ford Fiestas. He would often fall asleep on the job and would get in trouble with his boss because the cars would move on to the next fitter with the panel missing. Before he came to work for what would be his last day on the job, he bought a one way ticket to New York City. Rather than work on this day, he used his dad’s keys to steal a sports buggy and drove around the factory, drinking beer. When he returned to his station, his supervisor and his father were furious, so he returned the keys, walked out of the plant and then flew to New York City the next day.

When the Beasts of No Nation actor moved to New York City, he had very little cash and no backup plan. He stayed at the YMCA in Union Square, but he wasn’t able to book any acting gigs, so the little money he had ran out. He tried to get into the Lee Strasberg Theatre and Film Institute in Manhattan, but was rejected, so he was unable to stay in the U.S. and ended up moving back to London.

Early on in his career, he moved back and forth between New York and London in search of work. When he was in New York, he would stay in Brooklyn and work on his American accent at a Fort Greene barbershop called Ace of Spades and he would DJ at New York dives to make ends meet. He also worked as a bouncer at a comedy club called Carolines and sold drugs to boost his meager income.

While he was back in London, trying to get his career off the ground, The Wire actor met makeup artist Hanne “Kim” Norgaard. They married in 1999 and she had their daughter, Isan, in 2001 while they were on a break. They divorced in 2003. After his marriage ended, he had a long-term affair with Desiree Newberry, a pole dancer, then in 2006, he married Sonia Nicole Hamlin, a lawyer, but he left her after only a six weeks because he was told that being married would damage his career.

After his relationship with Hanne “Kim” Norgaard ended, he ended up homeless. “The apartment we had lived in together was in Jersey City. So when I left I was sofa-hopping, here and there and got to a place where I was parking the van in Jersey somewhere and just camping down for the night,” he said. “It was very tough back then – I couldn’t get an acting job so I slept rough in my van for eight weeks. I took any job I could to earn money, but even so I never once buckled on acting.”

The struggling actor got his big break as crime boss Russell “Stringer” Bell on the HBO show The Wire. He first tried out for the part of Avon Barksdale, which went to Wood Harris. Elba believes that it was inability to get the American accent right that prevented him from getting his acting career off the ground but, for this audition, he had producers convinced that he was American. When they asked him where in the U.S. he was from, and he responded in his British accent, they were stunned.

In 2013, he told GQ that the son he thought he fathered with his ex, Naiyana Garth, in 2010 was not in fact his. People close to him had alerted him to that and the actor also noticed that the boy, Winston, didn’t look anything like him. He then took a paternity test, which ended up confirming the rumors were true. “To be given that and then have it taken away so harshly was like taking a full-on punch in the face: POW,” he said.

In addition to acting, the Prometheus actor is also active in the music industry. He’s appeared in music videos for Fat Joe, Angie Stone and Giggs in 2001 and Busta Rhymes in 2009. In 2006, he released his first EP, Big Man. He released his first single “Please Be True” in 2009 and performed on the intro on Jay-Z’s American Gangster album. In 2010, he released his EP High Class Problems Vol., which earned him a Billboard Music Awards nomination. In 2011, performed on the intro on Pharoahe Monch’s album W.A.R. and in Mumford & Sons video for “Lover of the Light” in 2012. In 2014, he released his latest EP Idris Elba Presents Mi Mandela and released an album a year later, Murdah Loves John (The John Luther Character Album).