8 Things You Didn’t Know About “Supergirl” 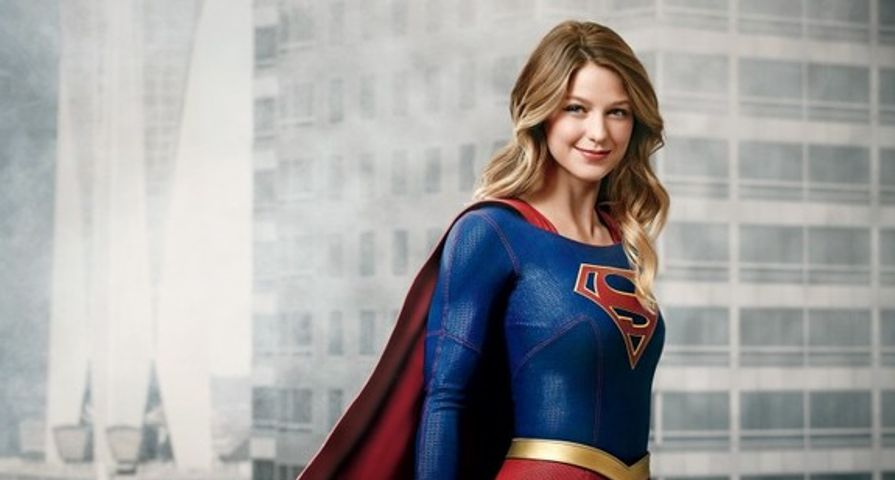 Supergirl had a lot of pressure on it when CBS brought the series to air in October, 2015. Following the massive success of Smallville from 2001-2011 on the CW, it was clear the audience was there, but superhero fans are fickle and hard to please, so producers, networks and the cast have been working hard to make Supergirl a hit. After a bit of a bump in the road and a switch from CBS to The CW, it seems Supergirl is getting another chance. With the third season on the go, check out 8 things you didn’t know about the superhero series!

Right after Melissa Benoist was told she landed the lead role of Supergirl herself, the actress took to reading the New 52 ‘Supergirl’ comics in order to try to get to know her character and what to expect. Unfortunately, shortly after, producers informed her they were going in a different direction with the character. Then, just before Supergirl‘s series premiere, DC Comics actually canceled the Supergirl comic book and would return as Supergirl: Rebirth, and would incorporate elements from the series instead.

Although Supergirl made it through and was ordered for a second season, there were some major changes during season two. Calista Flockhart went from having a prominent role as Cat Grant to a “reduced number of appearances.” Kara was promoted, so they added actor Ian Gomez as her new boss, Snapper Carr.

In early 2016 it was rumored that Supergirl was going to be cancelled, but instead it just made the switch from its original network, CBS, to the CW instead. After a lot more rumors about the state of the show, CBS president Glenn Geller finally admitted it was all about ratings and money. “The ratings did start a little higher and they came down a bit. I think it found the right home. It’s a win-win for us. We co-own the CW and we made a great deal with Warner Bros.” Of course, the biggest selling point in putting Supergirl on the CW is that is the network where Smallville had its success after the WB merged into the CW.

Fans are well aware that Blake Jenner, who portrays Adam Foster, is actually Melissa Benoist’s husband in real-life, but there are also strange ties within the Supergirl universe and its stars. Season two saw see the introduction of Tyler Hoechlin as Clark Kent/Superman, and interestingly enough, in real life, Hoechlin attended prom with Katie Cassidy, who is best known as Laurel Lance/Black Canary/Black Siren on Arrow and The Flash.

Warner Bros. teamed up with Collen Atwood yet again in order to create the highly anticipated Supergirl outfit. Atwood was also the designer behind the costumes for The Arrow and The Flash, making her the obvious choice for the job. Atwood used Eurojersey fabric to create the suit, and unfortunately many were not fans of the costume despite it not being focused on showing skin and it being much more workable than the costume in the comics. The dull colors had some comparing it to a “cheap Halloween costume,” but some did appreciate the mix of modern superheroes with classic nostalgia.

Warner Bros. was well aware it could not just make a female version of Smallville and have it work, and a few years of work went into the series before it actually premiered. The biggest pushing point for the show when it was picked up by CBS and was being marketed as a “procedural.” “There will be [crime] cases, but what Ali Adler and Greg Berlanti pitched was a real series arc for her. The beauty of it is now with shows like The Good Wife and Madam Secretary, you can have serialized story elements woven into a case of the week. She’s a crime solver, so she’s going to have to solve a crime.”

As it turns out, the network wasn’t the only move Supergirl made. After filming in Los Angeles for the first season, the show got switched to film in Vancouver in order to cut production costs. Unfortunately, the location move is why Calista Flockhart’s role had to be cut down. In her original contract, the actress stipulated that she work near her home in L.A., so after the move to Vancouver, Flockhart reached a deal in which she will be a recurring character and production flies her out every few weeks to film.

In January of 2015 it was officially announced that Glee actress Melissa Benoist had won the coveted title role for the series. Benoist was a favorite from the start, but that didn’t stop her from going through a grueling casting process. She was the first actress to audition, and they loved her, but they proceeded to audition over 1,000 more actresses, and they also considered Claire Holt, Gemma Atkinson and Elizabeth Lail for the role. Benoist had to go through three months of auditions and call-backs before they finally told her she got the part.