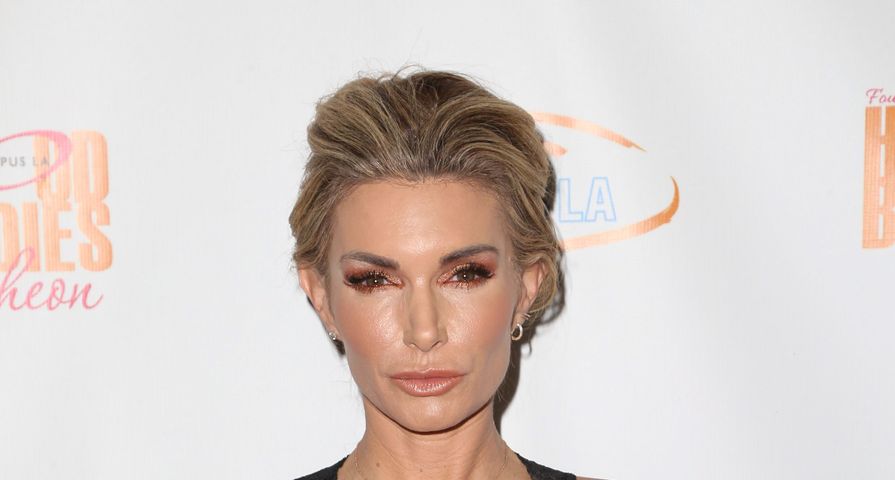 Eden Sassoon is going to be a friend to the cast on The Real Housewives of Beverly Hills this season and, unlike some other women who have come onto the show and then disappeared, she has some seriously deep roots in Beverly Hills. Some think that she’ll probably fit in well with the cast, but this remains to be seen. In the meantime, get to know Eden Sassoon better with these 8 fun facts:

The newest addition to The Real Housewives of Beverly Hills is divorced with two children, Olivia and Tyler, and she shares custody of them with her ex. Although she is reportedly single, she was rumored to have dated singer/songwriter Jesse McCartney, who is more than a decade younger than her, from 2011 to 2012.

When she was growing up, she moved around a lot, but not in the way one might assume. According to her, her family would move from block to block around Beverly Hills, which left Eden feeling unsettled. There was also a lot of pressure in her household to look good. “I kind of was like, ‘Wait. Why am I being judged for being a few pounds overweight? Why do I have to exercise? Why do I have to do things with such discipline? Why can’t I just be a kid and play and do things how I want to?’ It didn’t make sense. But there was a certain structure in the Sassoon household that came from a certain dis-structure,” she told Rverie in an interview in 2015.

Her father is the late hair pioneer, Vidal Sassoon. He had a haircare line by the same name and famously gave Mia Farrow her pixie hairstyle on the set of Rosemary’s Baby. Her mother was the Canadian-born actress, Beverly Adams. Eden has three siblings: Catya, who died of a drug induced heart attack, Elan, and David, who was adopted and disinherited by her father.

She struggles with addiction. In an interview with Focus magazine in 2014, she discussed overcoming her addiction and how she changed her life for the better. “The addiction’s been lifted. But it’s the work and the truth and the honesty that I put into my life – but I always have. You’re not really truthful if you’re still, you know, kind of masking an addiction,” she said. “So I think sobriety is a big thing. … There’s nothing to cover up, there’s no pills, there’s no grabbing for alcohol, there’s no smoking. You know, you might find me going to two classes at SoulCycle or taking an extra Pilates class, or maybe indulging in pizza.”

Eden’s passionate about philanthropy. She founded Beauty Gives Back, a nonprofit organization that encourages the professional beauty industry to help fight against the global water crisis. Along with a team of hairdressers, she does fundraising for The Thirst Project, an nonprofit organization that aims to bring safe drinking water to communities around the world where it is not readily available.

The entrepreneur grew up in Beverly Hills and was a friend and classmate of Monica Lewinsky, who made a name for herself after she was caught having an affair with then-president, Bill Clinton. In an interview with CNN, Eden described her friendship with Lewinsky: “She was not my best friend. She was sort of a hanger-on. She was very outgoing, sweet, charming. If you needed anything, she’d always help. Growing up in Beverly Hills, well, you know it’s different, and perhaps being overweight, she’d overcompensate to please.” Ouch.

She is familiar with some of the other members of the Real Housewives of Beverly Hills’ cast. She is a friend of Lisa Rinna and her family has a history with Lisa Vanderpump. “Eden’s father used to come into the restaurants all the time. Since filming started, she and Lisa Rinna have gotten really close,” a source told E! News.