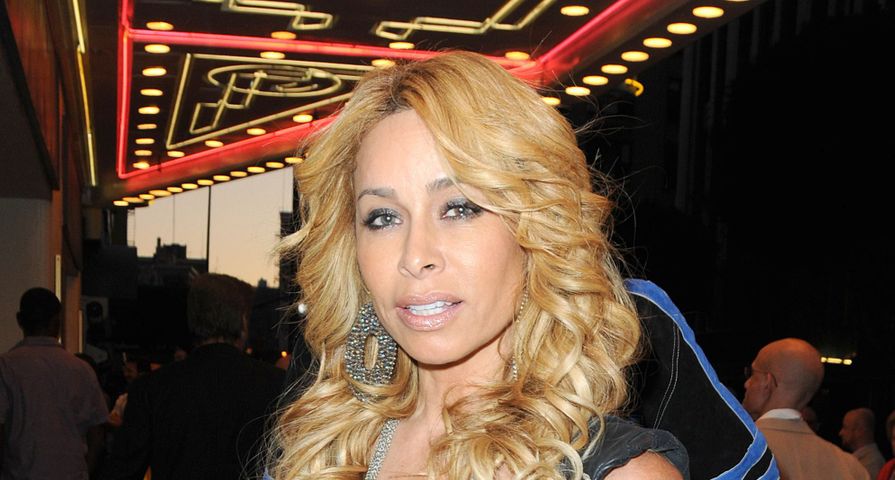 For those of you who watch Real Housewives of Beverly Hills, you’ve probably heard of Faye Resnik. She’s a good friend of Kyle Richards and has become a controversial figure on the show, even though she doesn’t show up that often. After looking into Faye, we realized that there is a lot of about this woman that many of us don’t know, so here are 10 things to get you better acquainted with the controversial television personality!

Her real name is Faye Hutchison, but she decided to keep her third husband Paul Resnick’s name.

Faye’s biological father abandoned her family when she was really young. Her mother remarried and, according to her, her stepfather regularly beat her. As she got older, the beatings became progressively worse. Her mother at some point during her childhood became a Jehovah’s Witness, which made her childhood even more chaotic. Faye’s mom believed that Armageddon was going to come in 1975.

She was a good friend of O.J.’s late wife Nicole Simpson. They met in 1990; Faye reportedly stayed with her at one point; and they even vacationed together in Mexico. During O.J.’s murder trial, his team blamed Faye for Nicole’s death, claiming that drug dealers, to whom Faye owed some money, were responsible.

5. She Capitalized on the O.J. Simpson Trial

After O.J. Simpson was put on trial for murdering Nicole, Faye capitalized on it by collaborating on two books about the trial, Nicole Brown Simpson: The Private Diary of a Life Interrupted and Shattered: In the Eye of the Storm. In the first book, she created a lot of controversy by claiming that she had a one night stand with Nicole and that Nicole had an affair with O.J.’s friend Marcus Allen, who also happened to be married.

She caused controversy when she appeared in the March 1997 issue of Playboy because the only reason she was even famous was because of her friend Nicole Simpson’s death.

She was and still is a friend of Kris Jenner. Kris officiated her wedding last year to Everett Jack Jr. While Kris might be a fan of Faye’s, her late ex husband Robert Kardashian wasn’t. When Faye released her tell-all book about Nicole, Nicole Brown Simpson: Diary of a Life Interrupted,” Robert called her crazy and claimed that she barely knew Nicole. “She’s crazy. She’s a drug addict and she doesn’t know a thing about O.J. or Nicole. She only knew Nicole for 18 months,” he said.

According to Wikipedia, she had a coke habit in the ‘80s and the ‘90s and attended multiple drug rehabilitations.

She owns her own interior design business, Faye Resnick Design. She designed Kyle Richards’ Beverly Hills boutique, Kyle by Alene Too, as well as Paris and Nicole Hilton’s homes.