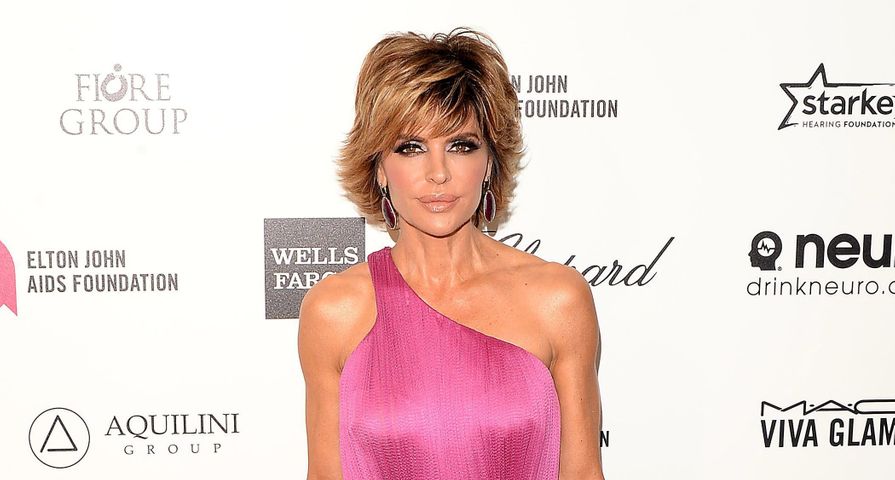 Lisa Rinna is a veteran in the entertainment industry, making appearances on everything from daytime soap operas, to popular primetime series, to talk shows and even hosting on the red carpet — she’s done it all! Some of her biggest acting successes have been on Days of Our Lives, Melrose Place, the Broadway production of Chicago, and her current position on Bravo’s reality series The Real Housewives of Beverly Hills. She is married to fellow actor Harry Hamlin from Mad Men; they share two children and have been married for 20 years. Lisa Rinna is definitely a fan favorite on RHOBH because she provides tons of witty one liners, has no filter, drops constant f-bombs, and always sports a great sense of humor. She prides herself on being a straight shooter who doesn’t hold back which can also be a downfall for her. Despite being on a popular reality show and in the public eye for over 30 years, there’s much to know about this actress. Here’s 10 things you didn’t know about Lisa Rinna:

Lisa Rinna grew up in Medford, Oregon where she attended Hedrick Junior High School. She was on the cheerleading team all throughout high school and was known for having the skinniest legs on the squad.

Lisa has always been a bit of a drama queen, and now we know why! She attended the University of Oregon after high school to study drama, but dropped out after her first term when she was denied entry into the advanced acting program.

Memories…… Going through old photos with the family. Long hair clearly pissed me off.   A photo posted by Lisa Rinna (@lisarinna) on Nov 8, 2015 at 2:33pm PST

Similar to many other actresses in Hollywood, Lisa has had work done, but what makes her unique is that she is open and candid about it, especially her most obvious tweak — her lips. She has enlightened her fans about the many things she’s done to keep herself, as she would say, “fresh as a daisy.” She has admitted to having silicone and Juvederm injections in her lips, but also confessed that using Juvederm and silicone was a huge mistake. In 2013 she did an interview with Kathie Lee and Hoda and told viewers that she had to have most of the silicone in her lips removed because it had become ‘hard.’ She even filmed the removal of her injections for a television show at the time.

Some might not know that filming for the Real Housewives of Beverly Hills isn’t Lisa Rinna’s first reality television gig. Back in October of 2010, Lisa and Harry had their own reality series called Harry Loves Lisa and it was actually a huge hit. The show was all about portraying that “hectic Hollywood lifestyle.” It focused on married life and raising two pre-teen daughters in Beverly Hills while balancing careers in acting. The show only ran for six episodes, but when it aired, it was the highest rated TV Land reality premiere since 2007.

She is not afraid to address the fact that she’s done a lot of things in the past to make a buck and has no shame against it. For example, she was mocked by Brandi Glanville on The Real Housewives of Beverly Hills for doing a Depends undergarments commercial, but she said it made her $2 million bucks, so who’s laughing now?

Lisa and Harry opened a designer clothing boutique in 2003 and named it “Belle Gray,” after their two daughters Delilah Belle and Amelia Gray. The store was robbed while she and her husband Harry Hamlin were being interviewed by Kathie Lee Gifford and Hoda Kotb on The Today Show back in 2010. In 2012 the couple was forced to close the store due to poor sales and because the two were both so busy with their acting careers they couldn’t continue to manage the store. To compensate for the store closing, in 2012 she joined QVC where she now sells her Lisa Rinna Collection.

On September 14, 2012 Lisa Rinna suffered neck trauma after she was involved in a serious car accident in Los Angeles, California. It happened when she was driving home from dropping her youngest daughter off at school when a driver in the lane beside her took a sharp turn to the right and clipped the side of her Mercedes, running her car off the road.

Lisa Rinna is an only child who grew up with two step-sisters from her father’s previous marriage. She revealed during an episode of Real Housewives of Beverly Hills that her 21-year-old step sister died when she was only six-years-old from a drug overdose. The emotions from her past were stirred up while filming when she was caught reacting strongly to Kim Richard’s ongoing battle with addiction to alcohol and the fact that no one was “addressing the problem.”

She posed in the September 1998 edition of Playboy magazine when she was six months pregnant. Lisa has been open about the fact that the shoot wasn’t easy for her because at the time she was considered “older” and quite far along in her pregnancy. In an interview with People, she said the photographer told her, “I do not want you long and sinewy and angular and muscular. I want you soft,” which left her feeling uncomfortable because at 35-years-old posing for Playboy she wanted to “amp it up.” She posed for Playboy again in 2009.

She suffered postpartum depression after having her first daughter Delilah and kept the whole thing secret from her husband, family and fans. Lisa opened up about the experience in her book Rinnivation: Getting Your Best Life Ever, she started out writing the book thinking it would be about health and fitness, but she tapped into something much deeper within her and divulged secrets about her life no one knew. She admitted in her book that her depression got so bad she had visions of killing her husband and family. In an interview, she said, “I was so hopeless and felt so lost that when I finally 10 months later opened up to him and told him how worthless I felt. My self esteem was gone I didn’t want to have sex obviously, that was part of it, but opening up about something I felt so much shame about was the most valuable thing that I could have done.”