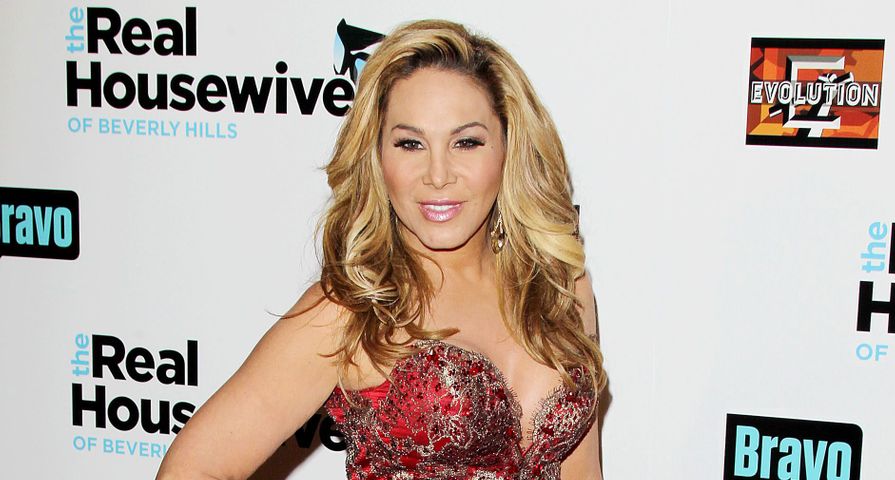 Bravo’s popular reality series known as the Real Housewives has become an extremely successful franchise and now spans multiple cities with new shows popping up all the time. The premise of the show is drama, drama and more drama, but sometimes the women who are cast don’t live up to the high expectations or just can’t seem to mesh with the other housewives, making the show fall flat. When housewives are deemed “too boring” or their social lives don’t fit in with the storyline of that particular season producers have no problem booting them from the show! There are many women who have been a staple character for the series and their presence has been seen over several seasons, some have even been around since season one! However there are many that come and go for a fleeting moment of fame. Here’s a list of six housewives who were booted from the show:

We all remember Carlton Gebbia as the Wiccan housewife who had a particular taste for the Gothic culture. She definitely stood out among the other Beverly Hills barbies on the show! Carlton was featured for only one season of RHOBH and was not asked to return for season 5. The rumor was that she just didn’t resonate with fans of the show and didn’t come off as a particularly “likable” character. Unlike some women who get fired from the series, Carlton didn’t seem all that displeased in the media. She told E! News that getting her pink slip was bittersweet and that we hadn’t seen the last of her. “I sort of look at it as a blessing in disguise because my husband does have a project in the works, a reality show. It’s something that would give me the opportunity to work with him. I was contractually obligated for a three-year deal and if that’s the case, I’m not anymore.” Despite her claims of a show in the works we have yet to see Carlton back on-screen! She said she has no hard feelings against Bravo and enjoyed the experience, but won’t miss the “knives coming at my back.” Ouch!

Marisa Zanuck did a one season stint on the Real Housewives of Beverly Hills for the third season of the show. She made quite a name for herself as she continually degraded her husband on camera by making odd comments that he “wasn’t her type” and she was attracted to other men. She portrayed a very odd dynamic between the two and seemed to regret it all when the show went to air. Other than her odd behavior, there wasn’t much to Marisa in terms of drama on the show, thus she wasn’t asked to return for another season. She told Celebuzz at the time that she was okay with the fact that she wasn’t asked back. She also offered comment as to why some women lie about being fired and claim they “quit” the show instead. “Let’s be honest, nobody is going to quit the show unless they have a spin off because they either need the money or have a business to promote. If a housewife doesn’t fall into those two categories, then perhaps she was attracted to the show by the lure of fame and in that case won’t be giving it up anytime soon.” Those are some wise words!

The question of whether Adrienne Maloof, who was a three season veteran of the show got fired or quit was a hot topic after she refused to show up for the season 3 reunion taping. According to Buzzfeed, a source close to the show stated that she was fired. It’s unclear whether she didn’t show up to the reunion because she was fired or if she was fired after she refused to show up. Adrienne Maloof’s team released a statement that she didn’t show up for legal reasons — during the third season she was tied up in a legal battle with Brandi Glanville after Brandi infamously outed the fact that Adrienne used a surrogate for the birth of her twins. But this seems unlikely because Brandi was the one being sued and she showed up ready to fight it out. Maloof’s PR representative said Cohen had called Adrienne the day before the taping of the reunion begging her to show up which “doesn’t sound like a firing to me,” but if that was the case he would most likely had Bravo’s best interest at heart and would want all the seasons cast members to show up. It doesn’t necessarily mean she wasn’t fired. Bravo has never released a statement about it and Adrienne has made guest appearances in later seasons, so viewers will likely never know what truly happened!

Taylor Armstrong was a part of a casting shake up in 2013 when she was fired at the end of season 3. Her departure from the show probably isn’t that big of a shock to many viewers because she’s had such a tumultuous time while filming the reality series. First her husband committed suicide. As a result she suffered financial problems. She then opened up about the physical and emotional abuse she suffered during her marriage to Russell Armstrong, and was questioned about having a drinking problem by Andy Cohen and the other housewives. Apparently Taylor didn’t take her firing so well which is understandable because she was suffering through some financial problems so her salary from the show was her main source of income. Her time on the Real Housewives wasn’t necessarily boring at all by any means, but in season 3, she had just began dating her now husband, John Bluher, so she was distancing herself from the other housewives. If Bravo had kept her on she wouldn’t have tied in well with their future storylines. Taylor now makes guest appearances on the show from time to time, but is no longer a regular cast member.

The former Miss Puerto Rico joined the cast of Real Housewives of Beverly Hills back in season 4, but sadly wasn’t asked to return for season 5. She got the axe at the same time as Carlton Gebbia — these two women were initially brought onto the show to replace Taylor Armstrong and Adrienne Maloof. Joyce Giraud was fired because she was simply too boring. The biggest storyline on her character was dependent on Brandi’s dislike for her, without that she didn’t bring much to the table.

The infamous cussing, drinking and wine tossing housewife otherwise known as Brandi Glanville announced her exit from the show after season 5. It’s still unclear whether she was fired from the show, quit on her own accord or came to a mutual understanding with Bravo. At the end of season 5, Brandi had completely fallen from grace and was on the outs with every single cast member, except Yolanda Foster and Kim Richards. When Brandi announced she wasn’t returning, it was already clear Kim Richards wouldn’t be returning because of her recent relapse and Yolanda had been demoted to a recurring character due to her illness. It’s pretty clear if Brandi wasn’t fired, she saw that the odds weren’t in her favor and she wouldn’t be able to film with the other women because none of them were on friendly terms. In an interview with Howard Stern, Brandi said she didn’t want to do the show again because it was causing so too much drama and was hurting her public image. We think she made the right decision! Despite wanting to cut ties with the show she did appear as a guest star on two episodes of season 6, but only to film with Yolanda.