8 Celebrity Power Couples With The Highest Net Worth 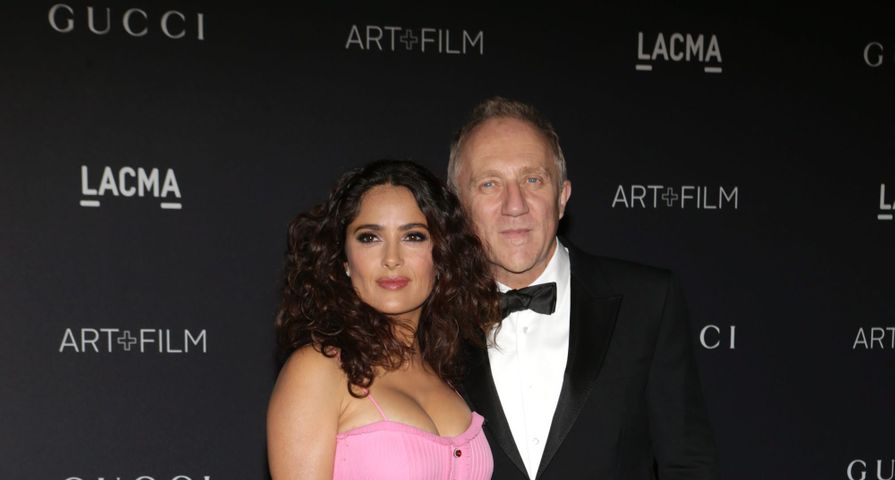 When it comes to amassing wealth and bolstering influence, it helps to have a partner in crime. The couples on the following list have no need to live off their spouse, but when considering their net worth in tandem, some of the figures become borderline absurd. The consistent variable for the 16 individuals and eight couples below: they all let their money make them more money, and they’re all skilled enough to have their hands in several different ventures outside of what they “do.” Here are eight couples who have amassed so much wealth it might make you blush.

Estimated Net Worth: $234 Million. They’re a fascinating couple, a most unexpected couple and the couple boasting the greatest age disparity on this list. She’s 51. He’s 73. Though it could be argued that there are several heterosexual men in their late 20s and early 30s who would marry Harrison Ford at 73. Harrison and Calista have enjoyed impressive careers in the industry, and they’re quite wise with their dough. It’s not as much a game of making more when they’ll likely be worth $300-500 million when passing things on to their son as inheritance. Harrison is about to enjoy a resurgence in popularity thanks to Star Wars: The Force Awakens, and Calista is presently enjoying her resurgence on the hit show, Supergirl. If you’re Liam Flockhart, you’re probably sick of hearing how cool your parents are. That inheritance is lookin’ good, either way.

7. Will and Jada Smith

Estimated Net Worth: $260 Million. This couple has endured more hearsay regarding their relationship than could be delivered by the village idiot representing himself at trial. Will and Jada keep on ticking. We’d imagine some of the rumors about relationship issues are true, just as all relationships have issues, especially relationships so complex as a marriage. That said, it hasn’t stopped them from working and it hasn’t killed their earning power. Will stands to win big if Suicide Squad hits hard. If it misses, he may wish he had done the Independence Day sequel. Jada has enjoyed her steady stint on Gotham, and was last seen in Magic Mike XXL. Regardless of how one feels about their offspring, they have taught them how to make big money, too. No one is hurting for cash in the Smith household.

Estimated Net Worth: $431 Million. They may not be the richest on this list, but they’d definitely be the top two if it were a “best looking” competition. Tom Brady is on a tear in the 2015 football season, enjoying his revenge tour. People will learn not to make Tom look bad in the public eye. And Gisele? This woman has more money than people realize. Both parties in this marriage are scoring endorsement deals to stack on top of their already lucrative salaries. Of all the couples on this list, Tom and Gisele enjoy one of the higher ceilings, and it doesn’t seem to be made of glass. We’re presuming Gisele will develop a fashion line at some point, and it wouldn’t be that big of a surprise to see she and Tom do it together. Though we’re guessing Tom will play until he’s 42.

Estimated Net Worth: $440 Million. Power. Couple. All it takes is two words from one of these individuals, and a project happens. Those two words? I’m interested. That is where their wealth has come from. Both have commanded impressive salaries for their acting roles, but it is their payday as a producers that really scrapes the cream from the crop. When people like this get to the point of working for profit shares, getting paid to act is mere maintenance money. Both Brad and Angelina have made statements that they’ll dial back the acting roles, and focus on other ventures like project development and producing, but we’ve yet to see the step back. The closest Angelina has come to stepping away is instead stepping to the other side of the camera to direct and she has proven to have wonderful sensitivities in the craft…even more earning potential.

Estimated Net Worth: $1.08 Billion. Of the couples on this list, Jay-Z and Beyonce may have the highest ceiling, and most earning potential. At this point, they’ve allowed their millions to work for them, and they’ve busted the 10 figure mark. That is a lot of zeroes. More money than a person could ever spend living on the day to day. Jay-Z has his hands in everything, and Beyonce commands seven figures for showing up at something. Once Jay-Z’s management company hosts a small army of entertainers and athletes there will be no stopping the exponential growth. And for Jay it’s not about the money so much as it’s about the influence and the opportunity to do whatever he wants to do whenever he wants to do it. The marriage for this couple was great for them personally, but even greater for them from a career standpoint.

Estimated Net Worth: $1.15 Billion. It may come as a shock to many that Janet Jackson is married. For those outside the loop, Janet married Wissam Al Mana in 2012. Wissam is a Qatari businessman, meaning he’s either a wild financial success, a shop owner, an oil worker, a tour guide or a herder. There isn’t a whole lot of opportunity when you come from Qatar, unless you have ties to the black gold flowing form the Middle Eastern ground. For Wassam, opportunity came in the form of moving to England at a young age, and developing several interests and business savvy. He moved to the United States, got his hands in the mix of several fields, and has enjoyed lucrative results. His wife? We all know where her coin came from, and she’s planning to make more on tour in 2016…but not at the Super Bowl Halftime Show.

Estimated Net Worth: $3 Billion. They are likely the most revered couple on this list. All the other couple’s on this list would offer Steven Spielberg and Kate Capshaw the head of the table. Steven Spielberg has become a cinematic legend, and Kate Capshaw has become known for stealing Steven’s heart while starring in Indiana Jones and the Temple of Doom opposite Harrison Ford. Kate continued to work after Temple of Doom, but she eventually devoted her full time to being a mother to seven children–she and Steven share six together. Judging Steven’s work by combination of talent level, source material and support system, Kate Capshaw is a huge part of the $3,000,000,000 net worth. This couple shows no signs of slowing down in their 60s, and we can expect Steven to continue writing and directing for another 15 years…at lease.

Estimated Net Worth: $14 Billion. Now jumping into the world of the absurdity, let’s consider for a moment how much $1 billion is. A billion is 1,000 million. If you had a million dollars, one thousand times…only then could you understand a billion. And for Salma Hayek and her French husgand, François-Henri Pinault, who is an incredibly successful businessman. He functions as the CEO of Kering, as in the luxury goods holding company. He and Salma married in 2009, after having a child together and briefly separating. The story line very similar to Salma’s movie Fools Rush In, opposite Matthew Perry. To satisfy curiosity, Salma’s estimated net worth is an impressive $85 million, but that is only a drop in the bucket when compared to François-Henri’s billions. One thing both individuals enjoy…? Residual income. A lot would have to happen for Salma or Francois to bounce a check.