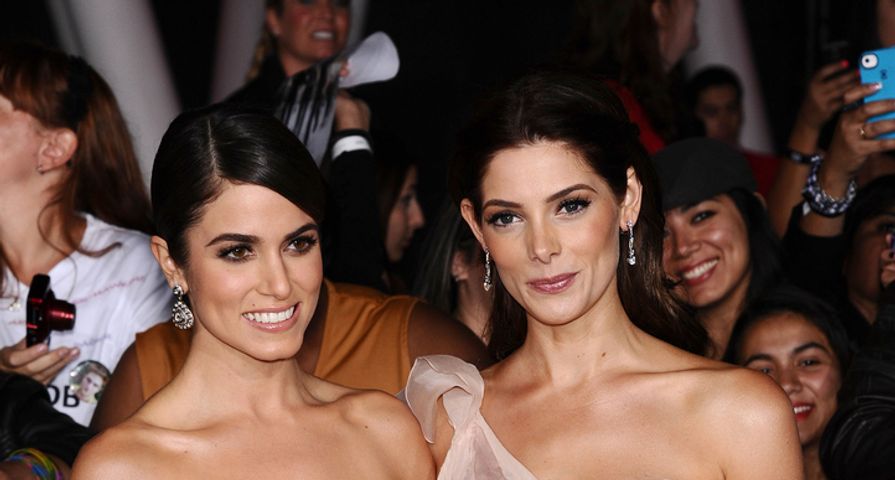 For many people, having a friend date your ex is a definite no-no; however, in the world of celebrity, the opposite seems to be true! There have been a number of instances where two celebrity friends will date the same man or woman and, surprisingly, it doesn’t have cause any issues. Here are 8 celeb friends who dated the same person:

Taylor Swift and Selena Gomez have been friends since Taylor was sixteen and Selena was thirteen, but in 2009, they both did the unthinkable and dated the same guy, Taylor Lautner. Selena dated him first and, after they broke up, he dated Taylor a few months later. Neither relationship was long-lasting and the two singers are still friends!

Kate Hudson and Cameron Diaz have a lot in common including their taste in men! Diaz hooked up with Alex Rodriguez just a few months after he and Hudson called it quits in 2010. Hudson was said to be livid with Diaz for doing this, but just a couple of years later, they were spotted at the Oscars hugging and sipping champagne together. This reportedly wasn’t the first time that two of them hooked up with same guy. In 2007, after Diaz and Justin Timberlake broke up, Hudson allegedly hooked up with him!

Jennifer Aniston and Courteney Cox became the best of friends when they worked together on the hit NBC series Friends and they are still friends to this day. During the ‘90s, the two of them dated the lead singer of the Counting Crows, Adam Duritz – but not at the same time. He first dated Aniston, but didn’t consummate it, and then moved on to Cox. She appeared in his band’s music video for the song “A Long December,” but the relationship was short-lived.

Kristen Wiig and Drew Barrymore are really good friends and when Wiig started dating Barrymore’s ex, The Strokes’ drummer Fabrizio Moretti, she was as supportive as ever. It all seems so wacky and incestuous, but that’s kind of how life works,” she told Allure in 2012. “It seems fitting that they would find each other. I was like, ‘Right, of course, that makes perfect sense.’” Even though the relationship made a lot of sense according to Barrymore, Wiig and Moretti broke up in 2013 after a year and a half of dating.

Taylor Swift and Joe Jonas dated for a few months back in 2008 and their breakup was kind of messy. According to Swift, he broke up with her via phone! She even wrote a couple of scathing songs about the split, “Last Kiss” and “Forever and Always.” Even though girl code dictates that a friend can’t date one of her friend’s exes, Swift approved when her BFF Gigig Hadid began dating Jonas. Like Taylor’s relationship with the pop singer, Hadid’s relationship with Jonas was also short-lived. They broke up several months after they began dating.

Since they were both models, Anne Vyalitsyna and Behati Prinsloo ran in the same circles and were said to be close friends. Two months after Anne and Adam Levine broke up, he was spotted kissing Behati in Hawaii. When Anne was asked about Adam and Behati’s relationship in 2014, she had a really classy response. “I will love him forever. He is such a wonderful guy. But we didn’t work out cares? I’m such a believer in love,” she said during an appearance on E!’s Fashion Police.

Joe Jonas dated Gigi Hadid for a few months in 2015 and, when they broke up, she didn’t waste any time and quickly began dating Zayn Malik. Jonas and Malik had actually been friends prior to Malik and Hadid’s hookup. Upon learning about their relationship, Jonas unfollowed Hadid on Instagram and deleted a picture of him and Malik with Kanye West, which was captioned, “Squad.” It looks like Malik broke the bro code!

Ashley Greene and Nikki Reed had been friends since they first met on the set of Twilight. In 2009, Greene dated Ian Somerhalder, and then in 2014, he began dating Reed. He and Reed were the real deal – they quickly got engaged and were married in 2015. Green couldn’t have been happier for her friend and her ex. “I’m so excited for her,” she told People. “I saw her at Coachella and she was just glowing, and now, I mean, I get why. She’s just so happy. That’s what you have to find in life and when you do find it, I think you should run with it and I think that’s what she did.”