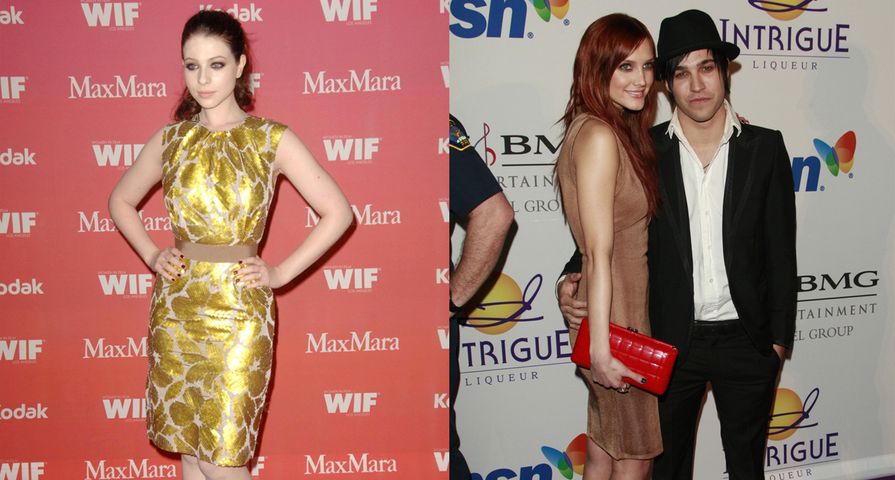 Celebrities love their love triangles, don’t they? They are many that we are familiar with like Rihanna, Chris Brown and Karrueche Tran’s, but there are a number that many of us have never heard of or have completely forgotten, like these 7!

Eva Longoria reportedly cheated on J.C. Chasez with Tony Parker, who she married in 2007. They broke up in 2010 when Eva found out that Tony had been “sexting” with one of his teammates’ wives.

Miley Cyrus and Nick Jonas were a thing for a couple of years before they broke up in 2007. Shortly after that, he hooked up with Selena Gomez, but he reportedly wasn’t over Miley. Selena wrote about it in her song “I’m Sorry.” “A boy I kind of fell for, but he couldn’t let his ex-girlfriend go, and it was really difficult. And I felt like in a way, I wasn’t good enough. So the song is basically me saying that I’m sorry that it didn’t work out or that she used to be who she was, but you have to let me in and you have to know that I’ll do everything I can to make you happy and be the best I can be.” Oh, the throes of teenage drama!

January Jones reportedly had an affair with Bobby Flay back in 2010 when he was still married to Stephanie March. No one would have even suspected that anything was going on with them; however, when Jones hit three parked cars, the first person she called was Bobby. He came to the scene to help her out. He claimed that they had only met once before and she had his number because she wanted to use his interior decorator. Yeah. Right.

According to David Spade, Jack Nicholson asked his girlfriend Lara Flynn Boyle out right in front of him. Although she initially claimed that she wasn’t interested, she later confirmed that she was dating Jack after the two were in a car accident together. She reportedly crawled out of the sunroof, claiming that she couldn’t be seen there because she was still dating David. After this, Lara and David finally broke up and she continued to date Jack for a couple more years.

Justin Timberlake reportedly cheated on Jessica Biel with Olivia Munn back in 2010. Us Weekly claimed that Olivia hooked up with Justin because he told her things were over with Jessica. It turns out he was just saying that to get into Olivia’s pants. They allegedly spent three days together in New York City. He was promising her that she would be his girlfriend, but then he decided he needed to get back to Jessica and unceremoniously dumped Olivia.

Billy Bob Thornton was engaged to and living with Laura Dern when he hooked up with Angelina Jolie. “I left our home to work on a movie, and while I was away, my boyfriend got married, and I’ve never heard from him again,” Laura said. She reportedly hooked up with Billy Bob when he was still very much with his fourth wife, so we suppose it’s true that what goes around comes around!

Michelle Trachtenberg and Pete Wentz were an item before he hooked up with Ashlee Simpson. In 2009, it became apparent that there was some bad blood between these ladies. At a DJ Hero launch party in Los Angeles, Ashlee picked a fight with Michelle, reportedly telling her in front of every, “I hope you know, the whole time you were dating Pete, I was f–king him!” Ouch! Who knew Ashlee could be so nasty?