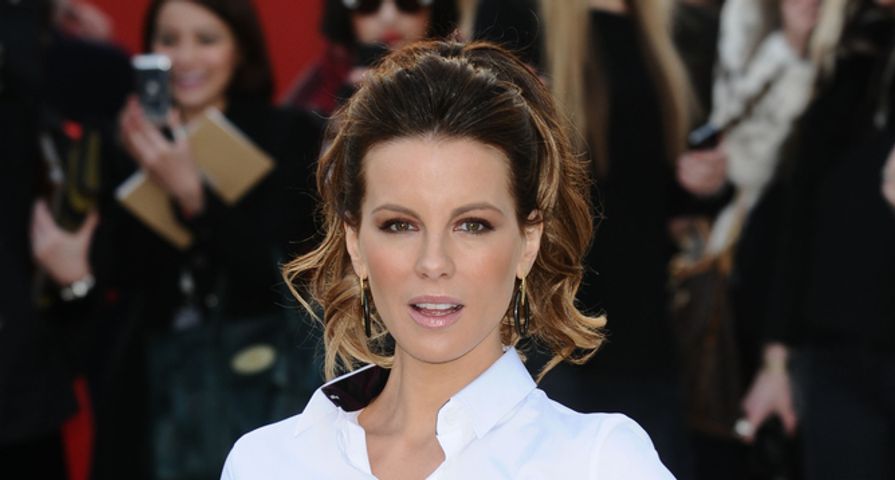 Some of Hollywood’s best and hottest actresses aren’t even from the U.S.! In fact, some of them are from abroad! It wasn’t easy, but we have compiled a list of 20 of Hollywood’s hottest foreign actresses! Enjoy!

Keira Knightley is one of Hollywood’s most promising young actresses and she is also one of the most stunningly beautiful actresses on the planet! With those regal features and her poised demeanor, it should not be surprising that this British actress is taking Hollywood by storm! We expect great things from her in the coming years!

Mia Wasikowska is definitely an unconventional beauty with her fragile and dainty features and statuesque physique. It looks like this young Australian actress, who starred in Tim Burton’s “Alice in Wonderland” opposite Johnny Depp, has an extremely bright future as well!

This young British beauty is best known for her portrayal of Effy Stonem on “Skins.” With her dark hair, petite frame and delicate features, Kaya Scodelario is breathtakingly beautiful. It also helps that there is something mysterious about her – it must be her eyes!

According to The Telegraph, Carey Mulligan looks like “the most delicate of English roses” and we couldn’t agree more! Her beauty and her talent are indisputable. At the age of 25, Mulligan was nominated for an Academy Award and a Golden Globe for her performance in “An Education” and something tells us she’s going to be staying on the big screen for many years to come.

Isla Fisher is an Australian actress who is best known for her roles in “Confessions of a Shopaholic” and “Arrested Development.” With her petite frame and striking red hair, Fisher is a sight for sore eyes! She also has a lot of confidence! “I love the power women have. I think women rule the world because they rule men. Manipulating men — that’s our job. That’s what we’re on the planet for,” Fisher said.

Cate Blanchett is one of the most talented women in Hollywood today! This Australian actress has been nominated for four Academy Awards and won an Oscar for Best Supporting Actress in “The Aviator.” With her supple curves and flawless skin, Blanchett is easily one of Hollywood’s hottest foreign actresses.

This British beauty is best known for her role as Meryl Streep’s haughty senior assistant in “Devil Wears Prada.” With her enviably toned body, Emily Blunt looks every bit the part of the sexy assistant to a major executive at a fashion magazine and, when it comes to look versus talent, Blunt has both!

With her dark hair, mysterious eyes and curvaceous figure, this Mexican actress is not just a pretty face! Salma Hayek starred in and co-produced the film “Frida,” which is based on the Mexican painter Frida Kahl. For this project, Hayek garnered Golden Globe, Oscar and Golden Satellite nominations for Best Actress.

With her blond hair, blue eyes and slender frame, this Australian actress is the most conventionally beautiful woman around! Naomi Watts – best known for her roles in “Mulholland Dr.” and “21 Grams” – is more than a beautiful face. Watts has been nominated for two Academy Awards so far and it looks like the sky is the limit for this beauty!

With her irresistible French accent, her innate ability to sing and her beautiful face, Julie Delpy is absolutely captivating. She has directed, written and acted in more than 30 films and is best known for her role alongside Ethan Hawke in “Before Sunrise,” “Before Sunset” and “Before Midnight.”

Kate Beckinsale is one of the most Beautiful British actresses around! With her long flowing dark hair, striking hazel eyes, full lips and athletic curves, Beckinsale looks as close to perfect as any woman we know! With her signature role in the “Underworld” movies,” it easy to see how Beckinsale has become quite the sex symbol!

Kate Winslet is effortlessly gorgeous with her voluptuous figure and natural good looks. This British actress is also considered one of the best actresses around – she has been nominated for six Academy Awards in total and won for Best Actress for her performance in “The Reader” back in 2009.

This Spanish beauty oozes with sex appeal with her exotic looks and curvy physique! Elsa Pataky is a model, actress and film producer and she also speaks five languages! Right now Pataky is currently expecting her second child with her Australian husband Chris Hemsworth.

Considering that she made her mark as a model in Germany and then as an actress in Hollywood, Diane Kruger’s presence on this list is unsurprising, to say the least. Kruger’s first  mainstream role was in “Troy” where she played Helen who, in Greek myth, is considered to be the most beautiful woman in the world. Her abduction by Paris is what started the Trojan War. Sounds like Kruger fit the part to us!

This South African actress got her start as a dancer and then as a model. Charlize Theron has more feminine grace and class than most actresses of her generation – and she’s also more talented. Theron has been nominated for two Academy Awards and won one for her performance in “Monster.”

Audrey Tautou – best known her role in “Amelie” – has a delicate and unusual sort of beauty. With her dark hair and small features, this French actress looks effortlessly stunning. Whether Tautou is sporting a pixie cut or long locks, she demands everyone’s attention. It also doesn’t hurt that Tautou is an exceptional actress!

Best known for her role in “Slumdog Millionaire,” Freida Pinto – who is from Mumbai, India – is a former model and seasoned TV host. With her flawless skin and timeless sense of style, Pinto is exquisite! We definitely hope to see more of her on the big screen!

Sienna Miller, with her statuesque frame and subtle curves, is easily one of Hollywood’s hottest actresses! This British actress is not only stunning – she also knows how to style herself like a pro! Miller once said that sexiness is “when people are comfortable with themselves” and it is obvious that she definitely is!

Penelope Cruz’s sex appeal is undeniable. This Spanish actress is not only incredibly attractive, but she is also insanely talented! Back in 2008, she won the Academy Award for Best Supporting Actress for her role in “Vicky Cristina Barcelona.” Cruz also hooked up with the extraordinarily handsome Javier Bardem on set and the two are now married with two children!

Marion Cotillard is exquisitely beautiful and she is also exceptionally talented. With roles in “La Vie En Rose,” “Inception” and “The Dark Knight Rises,” this French beauty is taking Hollywood by storm! With one Academy Award under her belt, we expect many great things from this critically acclaimed actress!