9 Actresses Who Are In Desperate Need Of A Career Comeback 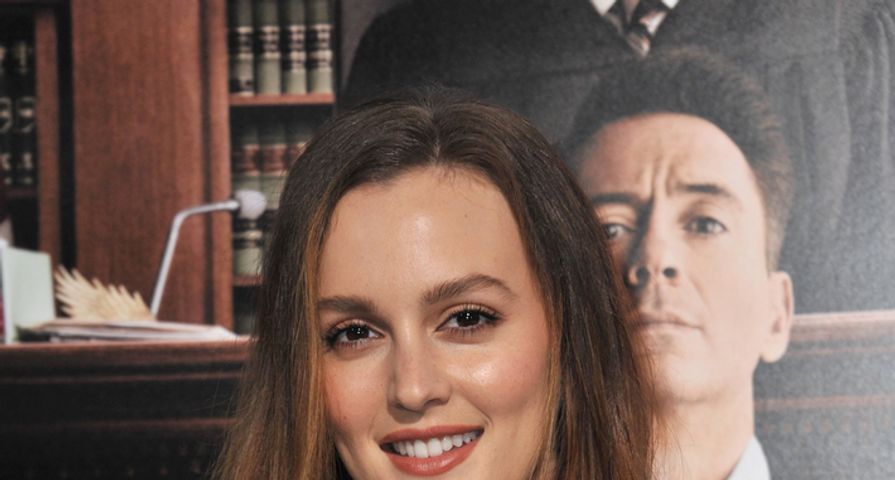 Some actresses will never get the comeback they are so desperately wanting (we’re looking at you, Lindsay Lohan); however, there are several actresses out there who, at the height of their careers, decided to just disappear one day and haven’t been heard from since? Right now, we are thinking about those women. They obviously had the acting chops to become successful actresses but, for whatever reason, they have since fallen off the radar. We don’t think these actresses should be forgotten. In fact, we think that they are in desperate need of a career comeback right about now.

Jennifer Connelly made a name for herself as one of Hollywood’s up and coming actresses with her performance in “Requiem for a Dream;” however, she really got Hollywood’s attention when she won the Best Supporting Actress Oscar for her role in “A Beautiful Mind.”

In recent years, Connelly hasn’t really done anything of note. She made some questionable decisions when she decided to take part in “He’s Just Not That Into You” and “The Dilemma” and the one big film that should have put her name back on the map – “Noah” – underused her talents. She needs something – anything – of quality to help re-launch her stagnating career.

Kate Hudson’s glowing performance as the “Band-Aid,” Penny Lane, in “Almost Famous” showed everyone, including the Academy, that she has what it takes to be a great actress. Unfortunately, since that role, she hasn’t really had another opportunity to really shine. She’s done countless rom-coms, but all they do is line her pockets – they don’t challenge her and they don’t impress the critics.

Hudson needs another opportunity like the one she got in “Almost Famous.” Otherwise, she’s just going to end up being another forgotten actress.

During the ‘90s, Winona Ryder was one of the most famous actresses in Hollywood. Since her shoplifting arrest, however, she’s all but disappeared. She has only appeared in a handful of films and her last big role was in “Black Swan,” as an aging ballet star.

Ryder may say that she has no interest in being a movie star, but we think she needs to make a comeback. She’s just so talented. It would be a complete waste if we were to just let her fade into oblivion.

Renee Zellweger was considered one of the most talented actresses of her generation. She won an Academy Award, a BAFTA Award, three Golden Globe Awards, and three Screen Actors Guild Awards, all before she turned 40. Since she won the Oscar, she’s stopped receiving those quality roles that are what made her famous to begin with. Now she only makes headlines because of her ever-changing face.

We think Zellweger is due for a comeback. Acting abilities like hers just don’t go away. Just because she’s gotten older doesn’t mean that she should be cast aside like some sort of has-been.

During the ‘90s, Christina Ricci was one of the most in-demand young actresses in Hollywood. She seemed to transition from the child and teen roles to young adult roles almost seamlessly; however, by the mid 2000s, the big film roles that she had come to count on were already drying up. She went from having a role in the Oscar-winning movie “Monster” to guest starring on shows like “Grey’s Anatomy.”

Ricci’s biggest roles in recent years were in the doomed television series “Pan Am” and the Lifetime original movie “Lizzie Borden Took an Axe.” We think that she is in dire need of a comeback. She proved many years ago that she has the acting abilities – now she just needs a good role in which to exercise them.

During the ‘90s, Liv Tyler was one of the hottest young starlets in Hollywood. She had roles in “Empire Records,” “That Thing You Do!,” Inventing the Abbotts” and “Armageddon.” Her biggest role to date, however, was as the elf Arwen in “Lord of the Rings” film trilogy and the last installment came out in 2003.

Tyler has continued to act, but her career isn’t what it once was. She hasn’t had a career defining role since the ‘90s and we think she deserves at least one more opportunity to show us all what we’ve been missing.

Kirsten Dunst is another child star who seemed to successfully transition to adult roles. She’s had roles in smaller, off beat films like “The Virgin Suicides,” “Eternal Sunshine of the Spotless Mind” and “Marie Antoinette” and big blockbusters like the “Spider-Man” franchise.

Since Dunst spent time in rehab back in 2008, she’s been really low-key. She’s continued to act, but her career is lacking the momentum that it once had. Since she really does shine in those smaller, off-beat films, we think she needs to lock one down fast and make that comeback we’ve all been waiting for.

Since her role in “Buffy the Vampire Slayer,” Sarah Michelle has been looking for her next big role. She tried movies, but that hasn’t really worked out, and she’s also tried to go back to television, but nothing has really stuck.

We think that Gellar has what it takes to carry a television show, but she needs another good opportunity like the one she had in “Buffy.”

Leighton Meester was the real star of “Gossip Girl.” Her portrayal of Blair Waldorf on was the most acclaimed on the show. Many critics considered her to be the show’s breakout character. In spite of this, Blake Lively came off as the show’s real star. She was the one who landed on the cover of Vanity Fair’s Hollywood’s New Wave issue and she’s the one who was offered all those plush movie roles.

Meester has mostly stuck to indies and music since “Gossip Girl” wrapped back in 2012. She’s had roles in “The Roommate,” “Monte Carlo” and “The Oranges,” which all won her rave reviews. She also released her debut LP Heartstrings back in 2014. We really think she’s due for another big role sometime in the near future. She needs another opportunity, like the one she got in “Gossip Girl,” to shine.