14 Things You Didn’t Know About Beauty And The Beast 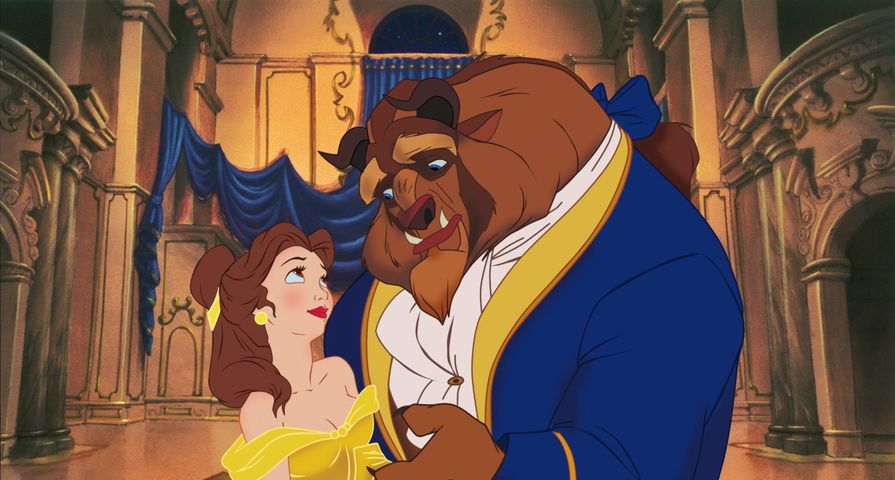 15 Actresses Who Were Supposed To Make It Big But Didn't

Disney’s 1991 film Beauty and the Beast is a beloved classic — but there’s a lot of history and strange facts surrounding the animated feature, which is based on an old traditional French fairytale that’s been explored in a number of movies, books, musicals, TV shows and plays over the years. Disney took several decades trying to crack its family-friendly, animated movie, which became the first animated film ever to be nominated for the Academy Award for Best Picture. The studio re-booted the film with a live-action version starring Emma Watson and Dan Stevens in 2017. For those of you Disney fans, here are 14 things that you didn’t know about Beauty and the Beast.

14. Belle Reads A Scandalous Book In The Movie

In the movie, Belle is seen reading The Dream of a Woman by Remy de Gourmont — a book that’s not exactly G-rated! The book tells of an affair and perhaps a romance between two female friends. At the time it was published, it was seen as an unimportant book, but one that might arouse interest because of its tawdry plots. At Walt Disney World, you can see a copy of this book on the table in Maurice’s cottage in Belle’s Village in the New Fantasyland section of the theme park.

13. Its Oscar Nomination Made History

12. First Disney Movie To Be Adapted Into A Broadway Musical

Beauty and the Beast the musical premiered on Broadway at New York’s Palace Theatre on April 18, 1994, marking Disney’s first Broadway musical adaptation (followed by Broadway versions of Aladdin, The Lion King, Mary Poppins, Tarzan and The Little Mermaid, among others). Beauty and the Beast the musical ran until 2007 (switching theaters in the process), making it Broadway’s ninth-longest running production in history (as of December 2014), spanning 5,461 performances. It was nominated for a number of Tony Awards in 1994, including Best Musical and Best Actor, Best Actress and Best Score, but won only Best Costume Design (awarded to Costume Designer Ann Hould-Ward).

11. It’s Based On A Traditional Fairytale

Beauty and the Beast is a traditional French fairytale, but the most well-known book version is Jeanne-Marie Le Prince de Beaumont’s Beauty and the Beast and other Classic French Fairy Tales, which was published in 1756. Beaumont’s version is shorter than the previous one written by Gabrielle-Suzanne Barbot de Villeneuve in 1740 (the oldest known written version of the tale), which might be the reason why it was more commercially successful. Beaumont cut out backstories for both Belle and the Beast and also pared down some of the elaborate magic of the castle included in Villeneuve’s version.

10. It Was One Of Many Attempts At The Film

Walt Disney first attempted to adapt Beauty and the Beast into an animated feature film during both the 1930s and 1950s, but the studio ultimately scrapped the adaptation because the writers found the story too hard to adapt. Apparently, Walt never got to the point of having a treatment he approved of. Later, in 1988, Disney hired British direction Richard Purdum to adapt the film — and he developed a dark, non-musical version that took place in 18th century France. Jeffrey Katzenberg, who was the chairman of Disney at the time, decided not to move forward with the film after he saw the first story reels.

9. The Beast Is Meant To Look Like Several Animals

The animators of the film crafted the body parts of The Beast on a variety of different animals. Although he was given the eyes of a human, he’s meant to have the mane of a lion, the head of a buffalo, the brow of a gorilla, the tusks of a wild boar, the legs and tail of a wolf, and the body of a bear.

8. Disney Didn’t Credit Any Of The Original Book Writers

The 1991 Beauty and the Beast screenplay was written by Linda Woolverton, with 10 other writers getting additional story credits. The French version of the Disney movie credits Jeanne-Marie Le Prince de Beaumont as the writer of the novel that the film is based on, but the English version of Beauty and the Beast fails to mention her or Gabrielle-Suzanne Barbot de Villeneuve at all. The 1991 Disney movie also uses some ideas from the 1946 live-action French film Beauty and the Beast, directed by Jean Cocteau. The 1946 film includes a Gaston-like rival who tries to win Belle’s affection and also features household objects that come to life.

7. Disney Released A Live-Action Version In 2017

Following the success of live-action versions of Maleficent (2014) and Cinderella (2015), Disney released a live-action version of Beauty and the Beast in 2017. It was directed by Bill Condon (Twilight Breaking Dawn Part 1 & 2) and written by Evan Spiliotopoulos (Hercules) and Stephen Chbosky (The Perks of Being a Wallflower). The star-studded cast included Emma Watson as Belle, Dan Stevens as the Beast, Emma Thompson as Mrs. Potts, Ian McKellen as Cogsworth, Ewan McGregor as Lumiere and Stanley Tucci as Cadenza, among others. Composer Alan Menken returned to score the film’s music, with songs from the original film and new material was written by Menken and Tim Rice. The movie did include songs that were written for the Broadway musical.

6. The Famous Dance Is Recycled

The film’s finale includes a classic dance between Belle and the Beast after the Beast has transformed into his old handsome self (in it, Belle wears her famous golden gown). But if you think the dance scene looks familiar, you’re right. When the film was being made, animators were running out of time, so they reused animations from a dance between Princess Aurora and Prince Phillip in the 1959 Disney movie Sleeping Beauty. Thin girl, handsome guy — it’s all part of the same formula anyway, right?

5. The Musical’s Song “Human Again” Was Supposed To Be In The Movie

When the Broadway musical version of Beauty and the Beast premiered in 1994, it included a new song, “Human Again” — but it wasn’t technically new. The song was supposed to be included in the original 1991 film but was cut just before the movie went into production. It was added back in with a new animation when the film was re-released on DVD in 2002.

4. Chip Was Originally A Music Box That Didn’t Talk

Chip, the now-famous adorable chipped teacup, was originally envisioned as a non-talking music box inspired by Dopey from Snow White and the Seven Dwarfs. He was also only supposed to have one line in the movie, but producers were so impressed by voice actor Bradley Pierce that they decided to expand the character of Chip and give him more lines.

3. It Spawned Two Sequels And A TV Show

2. Belle Was Inspired By Katharine Hepburn

When Linda Woolverton wrote the screenplay for Beauty and the Beast, she drew on inspiration from Katharine Hepburn’s performance as Jo March in the 1933 film adaptation of Little Women. Woolverton wanted Belle to be a strong, independent female character.

1. The Beast Is Named Adam

In the movie, we never learn what the Beast’s name is; he’s simply referred to as “The Beast” and “The Prince.” But in a Beauty and the Beast CD-ROM game that came out after the movie, he’s called Adam — a name that is also said in the musical version of the Disney movie.