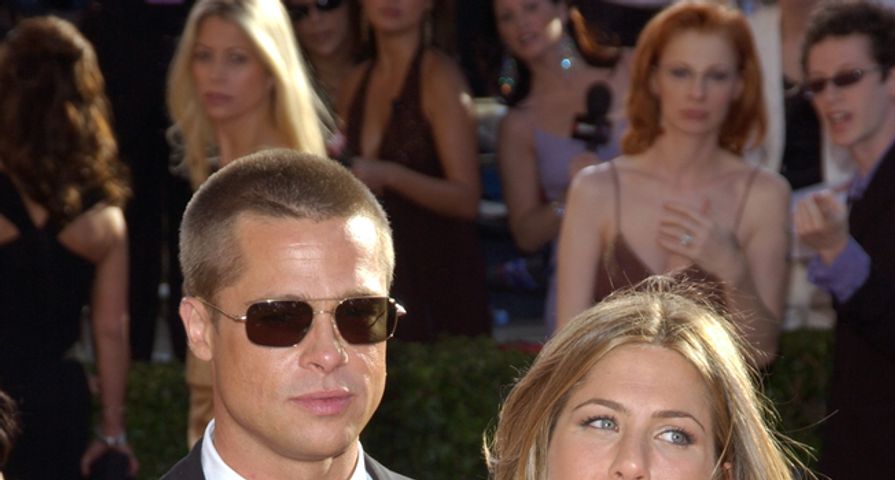 Hollywood romances don’t usually end with the storybook fairytale ending we’ve all come to appreciate in theatres. Some of Hollywood’s most admirable couples have parted ways over the years, many to the dismay and disapproval of fans. Here are 14 couples we were sure had staying power in Hollywood. Needless to say, we were wrong.

This on-again/off-again couple has charmed celebrity watchers since they first met as actors on the set of the much-loved movie, The Notebook. Ryan and Rachel exude a chemistry that audiences can feel and it endures both on set and off. Now, they are split as a couple and seeing other people, but all bets are on for the two to eventually marry.

While married to Jennifer, Brad admits to having a problem with illegal drug use and possessing a lack of ambition. The high profile couple met in 1998 and married in 2000. They divorced in 2005 after rumors began circulating that Pitt was having an affair with his Mr. and Mrs. Smith costar Angelina Jolie. Pitt denied having an affair but admitted that he fell in love with Jolie while filming the movie. Just one month after Pitt and Aniston’s divorce was finalized, paparazzi cameras caught Brad, Angelina and her son Maddox enjoying time together on a beach in Kenya.

TomKat married in 2006, after an arranged introduction by the Church of Scientology. They have a 7-year-old daughter, Suri Cruise, together. Almost exactly five years after their wedding, the minimum required by their prenuptial contract, Katie Holmes filed for divorce. Scientology was reportedly the cause of their crumbling union.

Married for three years, Jessica and Nick had the boy and girl-next-door good looks and charm. America fell in love with the ditzy blonde and her seemingly down-to-earth husband while watching them on their hit show Newlyweds: Nick and Jessica. Unfortunately, Jessica wanted more out of life, according to the rumor mill, and filed for divorce in November 2005.

This creative couple married in June of 1999 and formed their own film company, Coquette Productions. Although married for over a decade, the couple divorced in 2012, partially because of David’s problems with alcohol. Jennifer Aniston is the godmother of their only child, Coco.

Reese and Ryan met at Reese’s 21st birthday party in 1997 and married just over 2 years later. They have two children together, daughter Ava and son Deacon. Years of marriage counseling were not enough to keep Reese and Ryan’s eight-year union together. According to Ryan, battles with depression and his dark side took their toll, but Reese balanced their relationship with her lightheartedness. Unfortunately, they couldn’t make it work in the end and the loveable couple divorced in October of 2007.

Ashton and Demi began dating in 2003 and married in 2005. Some maintain that the marriage may have be doomed from the start thanks to Demi’s constant worry about the 15-year age difference. In November of 2011, Demi announced her decision to end their marriage amidst rumors of Ashton’s infidelity. Since the divorce, Ashton has sparked a relationship with his That 70’s Show star Mila Kunis while Demi has struggled to find love.

This golden celebrity couple’s marriage lasted less than two years. They announced their engagement in May of 2008 and married just 4 short months later. In December of 2010 the cute couple announced that they had separated.. Ryan, although a very private person, admitted that he thought he’d never get married again because of the great pain involved with divorce. However, by September 0f 2012, Reynolds had already re-married after falling in love with his Green Lantern co-star Blake Lively.

By Hollywood standards, Jennie and Peter enjoyed a long marriage, which lasted 11 years. In the latter part of their relationship, countless rumors surfaced alleging infidelity the part of both spouses, but the celebrity couple insist that they were separated before either of them dated other people. Garth and Facinelli have three daughters together.

Unbeknownst to Sandra, after their marriage in 2005, Jesse did not give up his playboy lifestyle or love of romancing other women. Sadly, as Sandra admits, she was attracted to bad boys. Their marriage survived five years – not bad by Hollywood standards.

Justin Timberlake and Britney Spears were the “It” couple of young Hollywood in the late 90’s/early 2000’s. In December of 2002, the iconic duo called it quits amidst reports that Spears had cheated on Justin. Later that year, Justin released a song called Cry Me a River which is believed to be about Britney’s infidelity. Fuelling the speculation even further, Justin used a Britney lookalike in his video for the song as well. Britney went on to marry – and later divorce – Kevin Federline while Justin remains happily married to Jessica Biel.

Maria Shriver and Arnold Schwarzenegger were one of Hollywood’s seemingly happy and carefree couples. However, after speculation from Maria of a scandalous affair with their house cleaner (and a subsequent love child) the marriage came to an end quickly. On May 9, 2011, the once-happy couple, who have 4 children together, announced their separation after 25 years of marriage.

Heidi Klum and Seal seemed to have all the ingredients for a successful celebrity relationship. They seemed happily in love and they renewed their vows every year in an elaborate ceremony. Unfortunately, the couple filed for dissolution of their marriage in 2012, after almost 7 years of marriage. Shortly after the split, Heidi confirmed that she was dating her bodyguard, Martin Kristen.

Despite getting married on 7/7/07, due to the lucky seven superstitions, Eva and Tony only enjoyed wedded bliss for just three years and six months. The marriage came to an end after speculation that Parker was cheating on Longoria with Erin Barry, the wife of one of his teammates, Brent Barry. The divorce was finalized on January 28, 2011.