Celebrities Who Almost Got Married 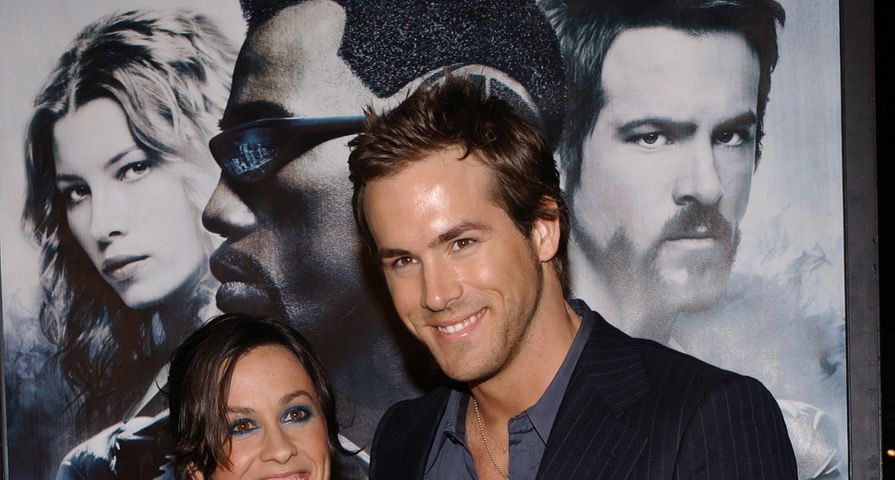 It can be hard to balance a career and a relationship, especially when both people involved are celebrities. People in Hollywood tend to fall in love at a faster rate, but when things aren’t working they fall out of love even faster! Since it’s such a small community, there’s a lot of intermingling and it’s not uncommon for two stars to get engaged after only several months of dating, but when things are rushed it’s usually quite clear these couples aren’t actually in it for the long haul. Here’s a list of 14 celebrities who came close to walking down the aisle!

This relationship is well known but only because Billy Bob Thorton famously left his fiance, Laura Dern, and ran off to marry Angelina Jolie. He was in a relationship with Dern from 1997 to 1999. Their relationship was quite serious as the two shared a dog and lived together when he abruptly called off their engagement and ran off with another actress only a few months later. If it hadn’t been for Jolie, these two might have been married!

Before she married Tom Cruise, Katie Holmes dated American Pie actor Chris Klein. They started dating in 2000 and three years later became engaged. Sadly, their romance fizzled quickly and they split in March 2005. According to Klein, “We found comfort in one another…We had a similar upbringing and we were going through the same experience (in Hollywood). As the teenage craze came to an end, we found that our relationship was changing as well.” Not long after Holmes jumped into a relationship with Cruise.

Admittedly there weren’t many people who thought this relationship would work, but reality stars Blac Chyna and Rob Kardashian definitely gave it a go! They enjoyed a whirlwind romance that seemed to get more and more serious by the day. They got engaged after only 10 weeks of dating and were pregnant a month later. Sadly, their relationship was plauged with drama right from the get-go because of all the bad-blood between Chyna and the Kardashian family. To sum it up, Rob is the older sister or Kylie Jenner, who was dating Tyga at the time. Tyga has a son with Chyna. Despite trying to make it work for a period of time after their daughter Dream was born, the two broke up before they could walk down the aisle.

One of the more recent breakups on this list is between pop diva Mariah Carey and billionaire James Packer. It was first reported that these two were dating in June 2015 after they met at a movie premiere in Aspen the year prior. They were engaged in January 2016 and she began planning their wedding. Things took a turn for the worse in September 2016 when the two flew to Greece and got in a heated argument. After being coy in the press about “working things out,” it became clear things were over for good between these two. Mariah sent a heated message to her ex in one of her new music videos where she’s seen dancing around her burning $250,000 wedding dress that she never got to wear!

It seems Julia Roberts had a personal experience to draw from when she starred in Runaway Bride. She and Sutherland were engaged when she was only 23 and he was 24. They were set to be married on Century Fox’s Soundstage 14 which was decorated like a garden; her bridesmaids dresses had been picked; and she had an $8,000 custom made wedding dress. Shockingly, three days before the big day she ran off to Ireland with his pal Jason Patric. In an interview with Sutherland many years later, he blamed Julia’s youth and the fact that “this wedding that was supposed to be something between the two of us became something so big.”

Former True Blood and Magic Mike star, Joe Manganiello is now married to Modern Family star Sofia Vergara, and the two have become one of Hollywood’s most beloved couples, but prior to this he almost married TV personality and model, Audra Marie! They dated for about a year and a half before Manganiello popped the question in October 2010 while on vacation in Italy. Luckily for Vergara, their engagement didn’t last. They broke up the following year.

Once again MTV was responsible for bringing another couple together when Carson Daly and Tara Reid became an item back in 2000. They started dating after they met on Total Request Live and were quickly engaged, but called off the wedding in June 2001. Looking back, Daly doesn’t seem to have any regrets when it comes to his relationship with Reid, especially their breakup! “To some extent, I dodged a bullet,” he said in an interview with Elle. “I was getting serious about my career, and she wanted to shoot movies and just party in her time off. That didn’t work for me.”

Orange is the New Black actress Ruby Rose announced her engagement to fashion designer, who also happens to be the granddaughter of famous children’s author Roald Dahl, Phoebe Dahl in 2014. Their relationship was short lived as they split in December 2015. Because the couple had become so popular as a result of her OITNB fame, Rose quickly took to social media to address the split and spoke kindly of her former fiance. “Phoebe remains very dear to my heart. I will forever treasure our time together. I’m a better person because of the time we shared.” Their split was reportedly very amicable and the result of distance in the relationship. Rose has since moved on and is now dating Jessica Origliasso of The Veronicas.

Ben Foster is currently engaged to and expecting a child with Orange is the New Black actress Laura Prepon, but back in the day he was set to marry another Netflix star — Robin Wright! The Hell or High Water actor met the House of Cards actress while filming the 2011 film Rampart. Rumors of their romance began in 2012 and by 2014 they were engaged! It seemed ever since they got engaged their relationship went from becoming more serious to being constantly on-and-off until they finally ended their engagement in 2015.

No one could forget about this couple who were nicknamed ‘Bennifer’ all throughout their relationship. They didn’t date for very long, only two years between 2002 and 2004, but in Hollywood that’s a substantial amount of time. Jennifer Lopez and Ben Affleck met on the set of Gigli while she was still married to her second husband, Cris Judd. She quickly divorced Judd and jumped into a relationship with Affleck. Together they were under a lot of pressure as they became a popular subject in the tabloids. Nonetheless, Ben proposed in November 2002, but their nuptials were continuously put on hold. They eventually settled on September 14, 2003 but four days before they were supposed to walk down the aisle, they called it off due to “excessive media attention.” A second wedding date was never scheduled and they broke things off for good in January 2004.

These two were the definition of young love! Before supermodel Gigi Hadid came along, and when Malik was still a member of One Direction, he dated Little Mix singer, Perrie Edwards. They met in 2011 and started dating in 2012. By 2013 they were engaged, but two years later he broke things off. Shortly after he continued to shake things up by announcing his surprise exit from One Direction in 2015.

Gwyneth Paltrow and Brad Pitt were the ‘it’ couple during the ’90s. They began dating in 1994 after meeting on the set of Seven, and popped the question two years later. The two Hollywood stars seemed very happy together as Pitt described the proposal as “one of the greatest moments” of his life and Paltrow said she takes marriage very seriously, so she did not make her acceptance lightly. They tried very hard to make their relationship work by never taking movie roles at the same time and traveling together for work. Sadly, in the end the two couldn’t make it work and broke off their engagement merely a year later in 1997.

Before she married and welcomed a child with Jamie Bell, Evan Rachel Wood began dating rock star Marilyn Manson in January 2007 when she was only 18-years-old. Their relationship became quite serious and she even starred in his video “Heart-Shaped Glasses.” They broke up in November 2008, but reunited in early 2010 with an engagement. They remained engaged for just under a year until they split for good in November 2010.

It’s hard to believe there was ever anyone before Blake Lively, but the Canadian actor was once tied to singer Alanis Morissette! They met at a party hosted by Drew Barrymore in 2002 and began dating shortly after. Reynolds and Morissette were engaged two years later, but never made it down the aisle because they broke things off in 2007.