12 Y&R Characters Who Went From Exciting To Boring 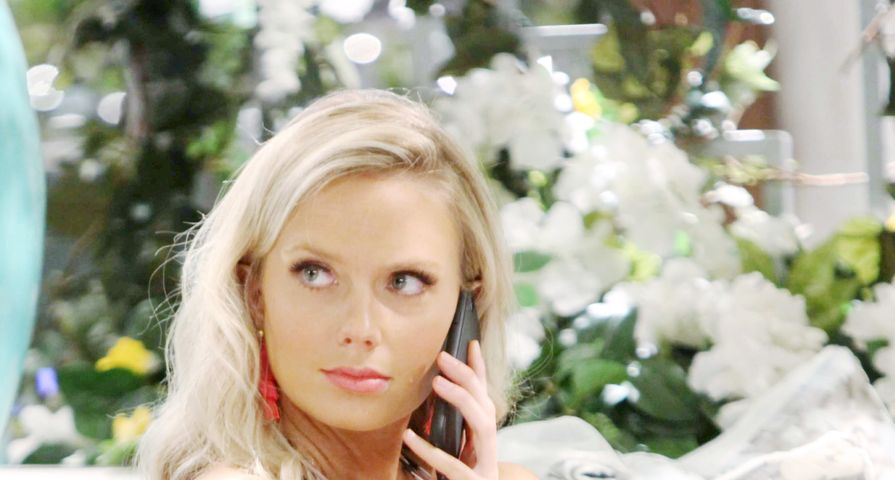 10 Best Young And The Restless Actors

Daytime dramas are a unique type of television programming. Unlike primetime, shows are put on five days a week, and it can be a constant challenge for writers to come up with creative content to keep viewers loyal and tuned in. More often than not, some characters can suffer this consequence, and the land of Genoa City is no exception to this rule. Below are 12 Young and the Restless (Y&R) characters that went from exciting to boring.

Gloria Bardwell had a splashing return during the 2016 holiday season, with an affair of comedic proportions with nemesis Jack Abbott at one point. Gloria is a diverse character, one which Y&R fans love to hate; however, as of late, lack of exciting storylines has made Gloria a little stale. Time for the writers to re-visit this character.

Tessa Porter dived into Genoa City and took Y&R by storm. She was once involved in a unique love triangle with Noah Newman and Mariah Copeland, and a human trafficking storyline with their mom Sharon. Sadly, something fizzled with Tessa and as fast as she entered the show, she exited.

Undeniably one of the most popular characters to grace the Y&R, Christine Blair was a staple within the show’s storylines in the 1980s, 1990s, and even 2000s. Sadly as of late, Christine (a.k.a. Cricket) has lost her sparkle and only shows up in scenes when her district attorney role garners an appearance.

Resident good guy Nick Newman always does the right thing and stands up for the underdog. This often means that he tends to get taken advantage by the women he romances. Nick has had huge storylines in recent years, moreover, the Christian/Sully baby switch and true paternity reveal, as well as steamy up screens with Chelsea Lawson. He seems to be giving a relationship with ex-Sharon at try and while Shick fans everywhere are excited, it’s hard not to see that this reunion might be short-lived. What makes Nick so boring? The fact that he’s been duped by so many women as of late and another one is on the horizon. #HesTooPredictable

Young And The Restless' 7 Most Ridiculous Deaths

Speaking of good guys, Neil fits this category (for the most part) to a ‘T.’ He just returned to Genoa City from a brief hiatus, and the only exciting thing about him as of late is the drama (and grief) his children cause him. Neil deserves more and better. Here’s hoping that writers can help him get his groove back.

Lily endured a tremendous amount of drama last year when husband Cane cheated on her via a one-night stand with his colleague. Then he lied about it, tried to cover it up, and ended up impregnating his mistress. Watching Lily process this all while trying to embark on a new romance was an interesting watch. Now that she’s reunited with Cane and all that drama is water under the bridge, Lily has lost her sparkle.

There is certainly something about happiness on a soap that makes characters boring. Lily’s better half Cane has lost some excitement now that the two are living their happily ever after. While many fans would agree that Cane and Lily together just makes sense, their constant gushiness can get annoying at times.

One of Genoa City’s top heroes certainly needs something in terms of a storyline to remind Y&R fans who the real Michael Baldwin is all about. It just seems that, as of late, Michael only shows up when it comes to someone needing legal defense. No drama is never good when it comes to a soap opera character and with a successful marriage to Lauren and his troubling brother out of town, Michael has lost some excitement.

Young And The Restless' 10 Most Iconic Moments

Speaking of Lauren, sometimes a long-time character can lag when it comes to excitement. Fenmore herself has literally been woven in Y&R storylines for decades now and been an integral part of the show for years. Therefore, it’s only natural for a character of this tenure to become a little boring, especially for someone who has seen it all and done it all like Lauren.

Has the corporate world stripped Abby Newman of her sparkle? Once an exciting character that paraded nude around Genoa City and created a ton of controversy, Abby has grown very stale. Maybe this new relationship with Arturo can help add some excitement to a character that seems way to focused on getting daddy’s approval than having a love life.

Mariah made a huge splash in Genoa City when she first entered the soap in 2014. Sadly, lack of a love life and storylines has turned this exciting character into someone that is boring to watch. Camryn Grimes is a tremendous actress who has played Mariah (and Cassie for that matter) flawlessly, so here’s hoping they can bring Mariah out of this slump.

Doug Davidson, the actor who plays Paul Williams, just celebrated forty incredible years on the Y&R, making him the longest-serving cast member in Genoa City. Much like Lauren, Paul is someone who has done and seen it all. Therefore, it is no wonder that the character has lacked a little luster as of late, really only showing up when his role as police chief serves a storyline.