Home » Trending News » We Weigh In: Are Too Many Y&R Scenes Happening Offscreen?

We Weigh In: Are Too Many Y&R Scenes Happening Offscreen? 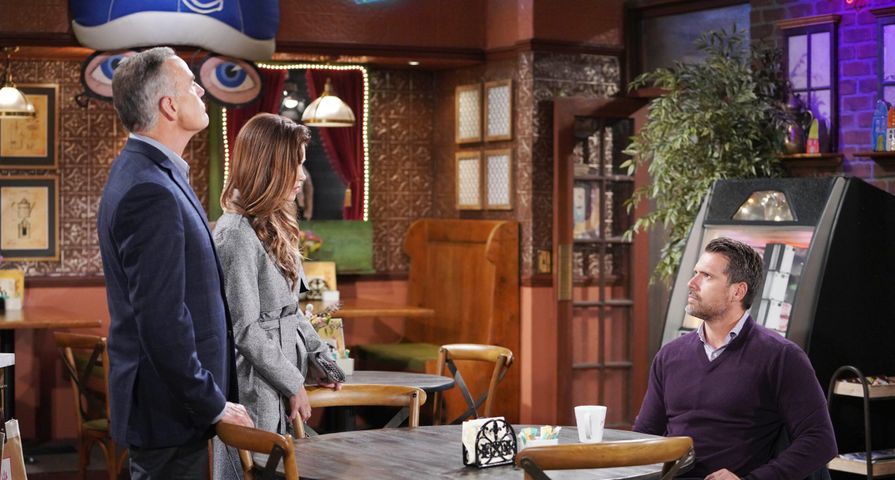 During the past year or so, many significant scenes on The Young And The Restless (Y&R) have occurred offscreen. Instead of providing viewers with heartbreaking or intense events like a funeral or a major health crisis, writers have chosen to have other characters talk about them, after the fact. Where’s the drama in that?

Last year, we found out Ashland Locke wasn’t who he claimed to be. In fact, his real name was Bobby DeFranco. He and his best friend, the real Ashland Locke, got into a fiery car accident. And not only did Bobby leave his friend to pass away in the car, but he also stole his identity.

However, instead of showing a dramatic flashback to the accident, with Bobby leaving his friend to his tragic fate, all we got to see was “Ashland” describing it to Nick and Victoria. Obviously, the show has some budget constraints. So perhaps the Y&R couldn’t afford to film an expensive flashback scene at the time. But in some cases, there’s no good excuse.

Take Rey’s memorial for example. After the cop’s untimely demise in a car accident, his widow Sharon made plans to honor her late husband with a service. However, instead of actually showing the celebration of his life, writers had the attendees return to Sharon’s cottage to discuss how touching it was. Sure, Sharon got some closure, but what about the fans?

Then there’s Chance, who had to duck out of the Chancellor-Winters launch party (and what a waste of potential that was, but that’s a whole other story) because he got a lead on one of Rey’s old cases.

Viewers were expecting to see a dramatic stake-out and some potential danger for Chance. Instead, we saw a scene where Chance and another cop talked about it beforehand. Then he returned to the party and told Abby he had closed the case. It was not only boring, but it was also a pointless waste of time.

Want more Y&R spoilers? Check out Young And The Restless Spoilers For The Week (June 27, 2022)

Most recently, Amanda and Imani found out their mother suffered a stroke. But, as has become the norm for Y&R, viewers didn’t see Naya suffer her health crisis. In its place, they saw a five-minute conversation in which Imani told her sister about it at Crimson Lights.

Y&R needs to discontinue this current trend of characters discussing an event that has already occurred. Viewers don’t want to learn about an outcome that has already transpired, they want to see it unfold for themselves onscreen.