12 Things You Didn’t Know About House of Cards 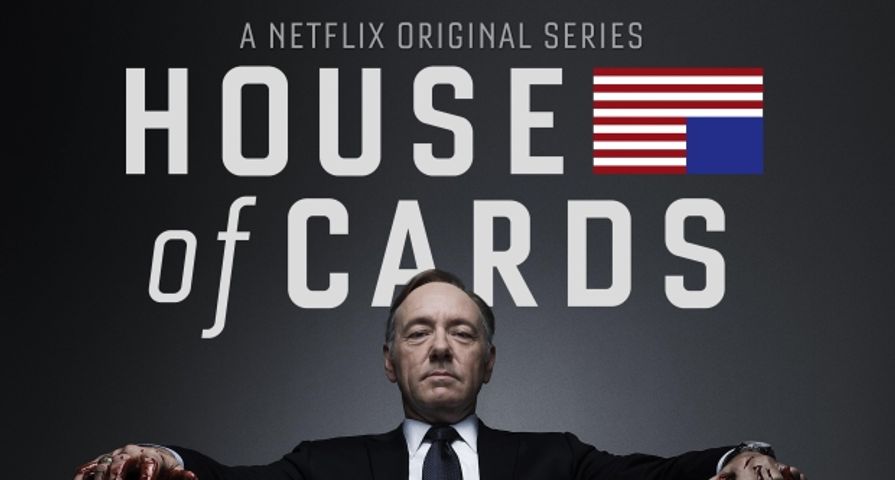 Netflix’s House of Cards aired its third season February 27, 2015.  Set in Washington, D.C., the series focuses on Democrat politician Frank Underwood’s struggles and challenges as he becomes President.  His wife Claire Underwood is equally ruthless in her quest for political power as she supports her husband’s presidency while furthering her own political agenda. It was announced before the release date of season three that the show has been renewed for a fourth season due its critical success and great reception from audiences. As House of Cards gains itself a dedicated and loyal fanbase, increase your fandom by finding out 12 Things You Didn’t Know About House of Cards.

In the episode where Frank meets with Peter Russo (Corey Stoll), he asks Russo if he would like a drink.  When asked if Frank will have one as well, he remarks that it’s too early for drinking.  Kevin Spacey said the same thing to Jason Bateman in Horrible Bosses.

11. When did you know you were going to die?

Kate Mara (Zoe Barnes) knew her character would be killed off of the show from the beginning.  During the filming of the second season, she had to lie to family and friends when they asked how the show was going.  Rachel Brosnahan (Rachel Posner) appeared regularly in the first two seasons of House of Cards, but in the third season, she was only featured in the last episode.  Two seconds before the reading for the season three finale, she was told her character would be killed off;  Brosnahan said “it’s devastating.”

Molly Parker who plays Jaqueline Sharp, the strong and unflappable Democratic House Majority Whip was born and raised on a hippie commune in Maple Ridge, British Columbia.  She started training as a ballerina at the age of three and began acting when she was sixteen-years old.

9. What do Frank Underwood and Kevin Spacey have in common?

They both went to military school.  Underwood went to The Sentinel, a military college based on Charleston’s The Citadel.  After burning his sister’s tree house, Spacey’s parents sent him to Northridge Military Academy in California.  He was expelled when he threw a tire at another student.  He then attended Chatsworth High School.

House of Cards season three reflects the current political climate in USA-Russian relations.  In the show, the Russian President is called Viktor Petrov and has the same initials as current Russian President Vladimir Putin.  The Russian rock group Pussy Riot also made an appearance on the show where they denounced Petrov at a formal Whitehouse.  In real life, the group’s members Nadezhda Tolokonnikova and Maria Alyokhina have served jail time in 2012 for publicly criticizing Putin’s policies and actions. Alyokhina is actually a fan of the show and watched the first season in Russia, but doubts any more episodes will air in her country.

Mahershala Ali who portrays Remy Danton in House of Cards, is also a professional rapper.  He has performed and worked with other artists such as Planet Asia, Talib Kweli and Keith Murray.

6. A Little Bit of History.

In 1899, the first Congressional Democratic Party Whip was named Oscar Underwood who represented Alabama.  Frank Underwood held the same post in season one and also comes from the South.  Coincidentally, the first Democratic Whip in the U.S. Senate was named John Worth Kern, and has the same last name as Senator Michael Kern who took the position of Secretary of State away from Underwood in House of Cards season one.

Netflix’s House of Cards was a remake of the BBC’s House of Cards (1990) starring Ian Richardson as Francis Urquhart, a British Conservative politician who mercilessly squashes all of his opponents.  It aired for one season consisting of only four episodes.  The British series was adapted from a novel by Michael Dobbs.

Another family connection appears in a season three episode when Doug Stamper (Michael Kelly)’s niece and nephew visit him for the first time.  The actors are actually Frankie and Clinton Kelly, Michael Kelly’s son and daughter.  Not a bad ‘take your kids to work day’.

In the first season of House of Cards, Frank Underwood (Kevin Spacey) is out maneuvered and losses the chance to be Secretary of State.  President Walker (Michael Gill) appoints Senator Michael Kern as Secretary of State.  In retaliation, Underwood has Kern replaced by Katherine Durant (Jayne Atkinson).  Interestingly enough Atkinson and Gill are actually married off screen.  While President Walker’s character was cut from the show in season two, Durant continues to be a part of the cast.  Does she miss going to work with her husband?

Things You Might Not Know About 'Everybody Loves Raymond'

Someone at Netflix made an error when season three was accidentally available on Netflix two weeks prior to its air date on February 27, 2014.  Unfortunately Netflix realized that a mistake had been made and pulled the season from Netflix and fans had another two weeks to wait.

1. What do Macy’s and House of Cards have in common?

House of Cards was filmed at an old Macy’s distribution center.  The 300,000 sq. ft. space was converted to look like the Underwood’s home, White House offices, House of Congress, and hotel suites that are featured in the TV series.  The show uses a former large refrigerator that stored fur coats to shoot the driving segments.