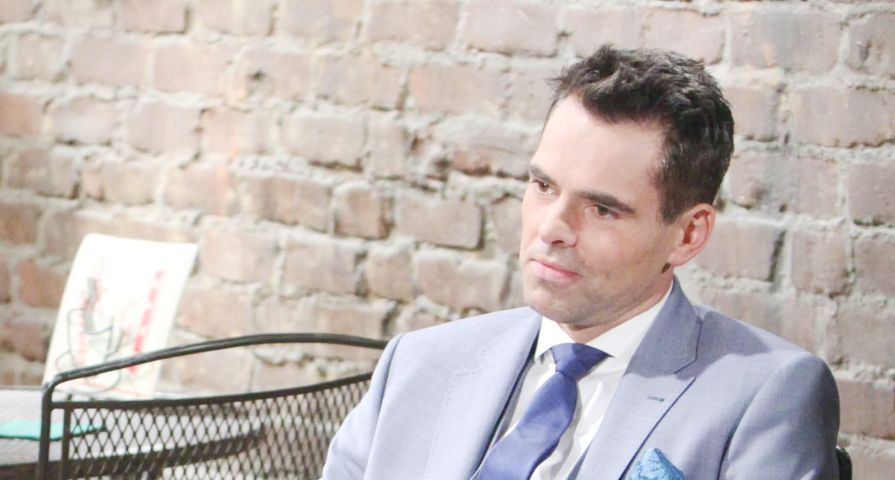 Soap opera fans can be fickle when it comes to the characters on their favorite shows, especially if there is a recast involved. There are fans that wish a character could be recast because they miss the old actor or actress who played them. Then there are times when an actor or actress simply annoys viewers in the role, and this might have more to do with the character they are portraying than the actor or actress themselves! Alas, below are 12 soap opera characters fans would like to see recast.

This may seem like an odd recast since actor Josh Taylor has been playing the staple Days of Our Lives (DOOL) character since 1997; however, long-time fans of the show simply cannot relate to Taylor’s portrayal of Roman Brady as they still connect to the actor who originated the role in 1981, Wayne Northrop.

The same ideology that plagues Roman Brady with fans over at DOOL seems to be occurring with the Young and the Restless’ (Y&R) Victoria Newman. While has been in the role for well over a decade, fans who have watched the show longer seem to still be so connected to Heather Tom, the actress who originated (grown-up) Vicky from 1990 to 2003. Despite the fact that Heinle has won two Daytime Emmy awards for her work on the Y&R, many viewers still don’t see her as Victoria Newman.

General Hospital’s (GH) Emme Rylan is another example of someone who was recast into a role that was once held by a fan-favorite actress. While there are those who adore Rylan, there are many GH fans out there that wish the character of Lulu Spencer be recast as they miss the original actress who played her, Julie Berman.

Accomplished soap opera actor Thorsten Kaye has been on a plethora of soaps including One Life to Life, All My Children, Port Charles, and of course, Bold and the Beautiful (B&B). Hopping into the well-established role of Ridge Forrester, there are B&B fans that simply cannot connect with the actor’s portrayal of this character.

The Oscar Nero role on GH may end up being one of those characters that are constantly recast. In the short time that Oscar has been in Port Charles the part has had two actors play it already. Rio Mangini was originally cast as the teenage friend to Josslyn Jax and, as their relationship was heating up, Garren Stitt took over. Stitt has done well with the part; however, as Nero continues to evolve, many GH fans believe this is a role that should go to an actor with a rougher edge.

Speaking of Port Charles, Kiki Jerome is another character many fans would love to see recast. While Haley Erin has done a great job with the role, a lot of viewers feel the actress is simply not a good fit when it comes to the feisty and strong Jerome character. Perhaps a recast is in order in the near future to really turn things around for Kiki.

Interestingly enough, Haley Erin once played a teenaged version of Abby Newman, the youngest daughter of the infamous Victor Newman. Abby has also been a character that has had many a recast in her day and each actress that has played her has had a different spin on the character. Abby is in a real funk as of late, with broken relationship after broken relationship, not to mention the drama she’s endured at work with her sister and dad. Many Y&R fans would love to see Abby recast, with a newer and stronger version of the character coming out.

Many DOOL fans find Claire annoying, but that might have more to do with the character than the actress who portrays her. Still, as Claire continues to evolve into a young adult, a recast may be in order. While actress Olivia Rose Keegan has done a stellar job in the role, Claire still seems like too much of a teenager to be living on her own.

For many long-time fans, the recast of Kassie DePaiva into the Eve Donovan role in 2014 was simply not a good fit and it felt like an entirely new DOOL character that entered Salem, versus the one played by Charlotte Ross many years ago. There’s no arguing that DePaiva is a huge talent, and while the newer fans of the soap may love her, die-hard Days’ fans are still working on this transition four years later.

There are some Y&R viewers that believe Phyllis is in a dire need of a recast. While actress Michelle Stafford turned Phyllis into a legendary Y&R character when she left the show in 2013, fans were devastated. Gina Tognoni has a pretty good job all considering; however, a lot of viewers still don’t see her a Phyllis. Many want to see that feistiness Phyllis had return.

When Marci Miller stepped into the role of Abigail DiMera in 2016, she had some pretty big shoes to fill. The previous Abby, actress Kate Mansi, was a fan favorite and many had grown accustomed to her portrayal of the character. DOOL fans are probably a 50-50 split when it comes to this new actress and approval. There are those that adore Miller, and others that wish the role of Abigail could be recast.

The Y&R has had quite a struggle over the years since Billy Miller left the coveted role of Billy Abbott in 2014. In fact, there have been three recasts since Miller departed in the form of David Tom, Burgess Jenkins, and Jason Thompson. Thompson has been the better of all three so far, but still doesn’t feel like Abbott to many fans. Perhaps the solution is either bringing Miller back or another recast.