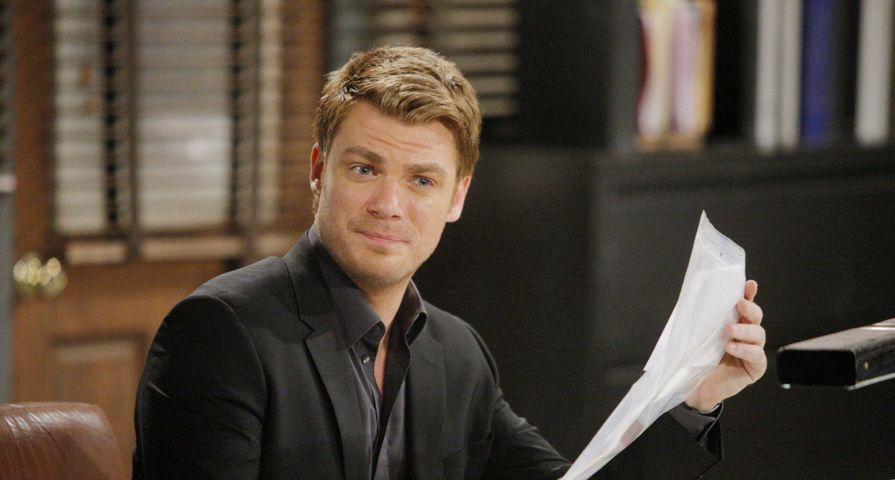 In this day and age, a character return isn’t as surprising as it used to be. With the internet and social media, things get leaked out pretty fast in the land of soap operas, and many times shows reveal the comeback news in an effort to win some viewers back to their soap. This doesn’t mean character returns can’t be incredible, and anyone can point to the real Jason returning on General Hospital (GH), as well as Will Horton’s return on Days of Our Lives (DOOL), as returns that truly rocked daytime drama fans. Sadly, as good as the two examples above are, there are times where character returns aren’t so great. Below are some soap opera character returns that totally underwhelmed fans!

The J.T. murder “cover-up” was a pretty interesting storyline from 2018 to 2019. Was he alive? Wasn’t he? Were the ladies going to come forward? Who was going to be the first to crack? Turned out, it was Phyllis, and then when Hellstrom ended up alive, returning to the little town in 2019, everyone (including fans) was taken aback. He kidnapped the ladies on their way to prison, was exposed for having mental health issues, and his domestic abuse turned out to be one big misunderstanding! Of course it was! It’s the land of soaps! But after a hiatus of about a year, J.T. came back (to finish off the storyline), and then skipped town again within a blink of an eye. Then the entire thing was simply swept under the rug. After what all these women went through, it just seems odd that they all moved on so quickly! Including J.T.!

Speaking of Eve, she too had a brief comeback this past summer, where some DOOL fans were expecting more. It’s a shame that a dynamic and complex character like Eve could get caught up in a plan to try and brainwash Ben into murdering his new bride. Seems a bit over-the-top, even for Days! Eve has always been a schemer, but this storyline crossed a line. As quickly as she returned, she was whisked off away to jail. It would have been nice to see Eve return, and truly settle back into Salem, but it is what it is.

Nikolas Cassadine’s comeback in 2019 has been stellar; however, back in 2016 when then-Nik (played by actor ) was going through contract negotiations, his return was confusing. GH axed Cassadine in May of that year, but later it would be revealed that Nikolas was very much alive (played by recast Nick Stabile). As contract negotiations grew stale some months later, Nik passed away … again. With that said, there was a silver lining and Cassadine would end up very much alive come 2019!

Taking maternity leave in 2018 to have her second baby, Melissa Ordway was off the Y&R for some time, thus Abby flew to Paris in a very dramatic way after the disastrous breakup she had with Scott Grainger. When she returned, she didn’t have much going on in terms of storyline, just the same old/same old in Abby vying for her daddy’s attention in the boardroom.

When Days’ fans caught wind that Stephen Nichols was returning to the soap in 2019, there was excitement in the air. Having said that, when the actor came back as Stefano DiMera in Steve Johnson’s body, there was a bit of backlash online by fans. Not only were viewers underwhelmed that Steve hadn’t returned, but many also didn’t like the idea of anyone playing Stefano other than the late and great Joe Mascolo.

While on the topic of 2019 returns that failed, fans can add Hayden Barnes to the list. She whirled back into town in the summer, Violet in tow, and many viewers held their breath for a Finn/Hayden reunion. Gladly, no one passed out, because audiences are still waiting to see these two reconnect. As quickly as she flew into town, she flew out. This was underwhelming on so many levels!

Tessa Porter exploded on the Genoa City scene in 2017, and had some incredible storylines that included an interesting love triangle between boyfriend at the time Noah Newman and BFF (his sister) Mariah, as well as a human trafficking story, and an interesting angle around stealing Mariah’s journal. Sadly, Tessa took some time off-screen, and when she returned, it took a very long while for her to get into the groove and finally embark on a romance with Mariah. Many fans wondered if the storyline had been dropped. Thankfully, it didn’t, but the fact that the writers sat on it for a while did leave many confused.

Super couple Carrie and Austin do everything together, so they might as well hit this list side by side, too! It’s always great to see the Reeds return to Salem, but in the last few years, it feels as if they aren’t really being brought back for a purpose or a storyline, just really for the hype of a “Carrie and Austin” return.

Speaking of Sutton, was anyone else hoping that Ethan was returning for good? That wasn’t exactly the case, which was more than underwhelming. Comeback soap spoilers are great to help fans gear up for a return, but they can turn ugly (and fast) when viewers realize that the characters are only back for a short stint. Such was the case with Ethan Lovett’s 2020 return.

When Phillip Chancellor III returned in 2009, exposing Cane and their plot to cover up his demise, Y&R fans were shocked. If the fact that he was alive wasn’t enough, exposing he had been homosexual all along was another shock for audiences as well. Despite all this, Phillip’s stay in Genoa City didn’t last too long, and it was clear that him coming back from the grave had more to do with Cane and Lily, as well as Jill and Kay, than really bringing Phillip back.

A little Vivian is way better than nothing, but as quickly as she returned in July 2020, she was gone again. Sure, she found out that Stefan had a twin and she got to meet Jake, but surely she could’ve stayed a tad longer, and there had to be a better way for her to exit than faking her passing (again)? The only silver lining around all this is that she could have another comeback.

Whenever there are spoilers that tease a Helena appearance on GH, fans have to wonder if it’ll be a dream sequence, a memory, or she’ll appear as a ghost. With that said, there’s always a chance that she could come back to life; after all, she is a Cassadine. While it’s amazing to see her back in the fold when she does return, it is a tad underwhelming that her scenes are far and few between. Maybe it’s time to bring Helena back for good?

Ronan Malloy was an interesting character on the Y&R, appearing onscreen from 2010 to 2012. Nina Webster placed the baby boy on the black market for adoption and when it was revealed who he really was, the storyline made for an interesting one. Ronan would take a brief hiatus in 2012, and return later on in the year, only placed in storylines that needed him because of his role as a cop. Ronan eventually disappeared from the Y&R, which was quite a letdown to fans.

When the prodigal son of the Brady family finally returned to Salem in 2015, fans everywhere were gearing up for a major Bope reunion. The two did come together, but soon after his arrival, everyone learned he had a brain tumor. While the storyline did add some closure for the couple and character, his passing was devastating to many viewers.

Since she left in 2014, Britt has been in-and-out of Port Charles multiple times. While some of her brief returns have brought forth some interesting storyline plot twists (like the time she lured her mom back to town for Anna), some haven’t been as exciting. Such was the case when she came back for the 2015 Nurse’s Ball. It seemed as if she only “caught” up with Brad, Liesl, and Spencer … so what was the point of Westbourne’s “return?”