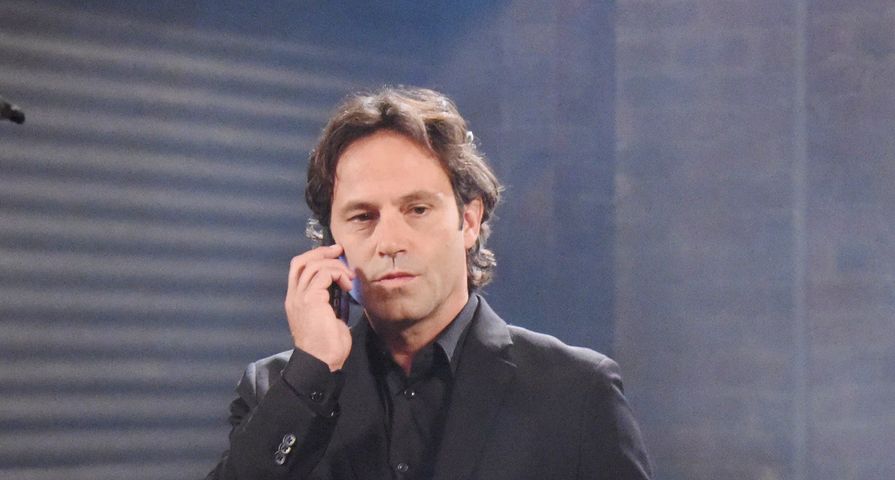 New characters are introduced into soap operas all the time. Sometimes they can make a huge splash, shake up storylines, add a fresh new personality into the mix, and at times, shock audiences. Then there are other instances where new characters flop, leaving audiences annoyed and frustrated. Below are 12 new soap opera characters who failed to impress fans.

Soap opera veteran Christopher Tyler has a slew of General Hospital (GH) fans who miss him on the soap and he made an explosive debut Days of Our Lives (DOOL) recently as the illegitimate son of iconic villain Stefano DiMera. The extremely talented Tyler has done a pretty decent job as Salem’s new public enemy number one; however, with the recent raping of Abigail DiMera, DOOL fans are less than impressed with this character as of late.

Greg Rikaart recently debuted on DOOL, playing the manipulative Leo Stark. With only some weeks under his belt, fans have been less enthused about the new character and his agenda. This may have more to do with Leo’s current storyline of manipulating fan favorite Sonny Kiriakis and potentially becoming his new love, then the actor or character itself. DOOL audiences feel that Sonny has been through enough, and many just want to see him settled with someone who won’t rip his heart in two.

Or should we say, Heinrich Faison? This GH character has an interesting storyline happening right now where he has some mommy issues and seems to be sorting out his feelings for Maxie Jones. There are many that love Peter, his character, and his story. Then, there are fans that are simply not impressed.

Much like her former Young and the Restless (Y&R) co-star Greg Rikaart (see above), Elizabeth Hendrickson has recently made the jump from Genoa City to another soap. Daytime drama fans can sometimes be fickle when it comes to new characters and warming up to them, so this may take time. New district attorney Margaux Dawson has received some mixed reviews in the past few weeks since she’s appeared in storylines, which isn’t a good sign.

Tessa returned to Y&R storylines recently when she had a confrontation with Kyle Abbott. While she did make quite a splash last year when she debuted on the soap, her character and storyline fizzled over months. Some fans welcomed Tessa’s onscreen return after a brief hiatus; others were annoyed and a bit disappointed that she was back in storylines and potentially being hooked up with Kyle.

She’s a newer character to the GH cast, considering the show is stacked with veterans. The entire idea around Amy’s character was to honor another nurse that was once at the center of everything and knew all the best hospital gossip, the late Amy Vining. Unfortunately, some fans don’t see the comparison between these two GH Amys and find Driscoll to be quite annoying.

He was good-looking, had a cool job as a photographer, some shady history, and tried to make his rounds through Genoa City, but failed to truly impress Hilary Curtis or Lily Ashby. He also failed to impress fans. Jordan seemed to have all the ‘it’ qualities when it came to staying power on the show, but the character fizzled fast in the romance and storylines department.

Speaking of handsome new characters in the Y&R that fizzled, Travis Crawford came into the show with a bang by wooing Victoria Newman in April 2016. Unfortunately, the two simply did not have the chemistry that she and Billy Abbott had, and Travis ended up turning into a deadbeat boyfriend, leaving the show months later.

Juliet certainly turned the land of Genoa City upside down last year when she was hired as an executive for Brass and Sassy. She ended up helping Cane score a huge account for the company. Then the two got drunk and had a one-night stand. She called sexual harassment and turned out to be pregnant with Cane’s child. She almost broke up a marriage and ruined a corporation all in one sweep. That’s quite a year, to say the least. Sadly, months later Juliet died while giving birth to her baby. What was with the sudden exit for? While Helton did make a splash, the character was very emotionless, considering the storyline she was in.

Played by the extremely talented James DePaiva, GH fans are very unimpressed with Dr. Bensch’s slimy and creepy attitude, versus the actor himself. In fact, many viewers love James and think he’s doing an incredible job, considering what he has to work with. While the beauty of this storyline is that it brings the issue of workplace sexual harassment to the forefront, it’s undeniable that GH audiences can’t wait for Bensch to be found out and gone (no offense to James, though).

While fans can appreciate that sexy accent, many can’t wait for Mateo to be a thing of the past. He’s one of those characters that makes audiences cringe when he’s onscreen, and every bit of his dialogue has DOOL viewers screaming at their televisions. No one is impressed by this character.

Nelle is a fairly new character, arriving on the GH scene in the summer of 2016. Her storyline was intriguing at first; however, after her revenge scam and true identity was exposed, it’s been all downhill since. Her constant need to get back at Carly, manipulate Michael, and this farce of a pregnancy has not impressed GH fans in the least. Many wish that Nelle would find a one-way ticket out of Port Charles and fast.