12 Most Ridiculous Soap Opera Storylines Of 2017 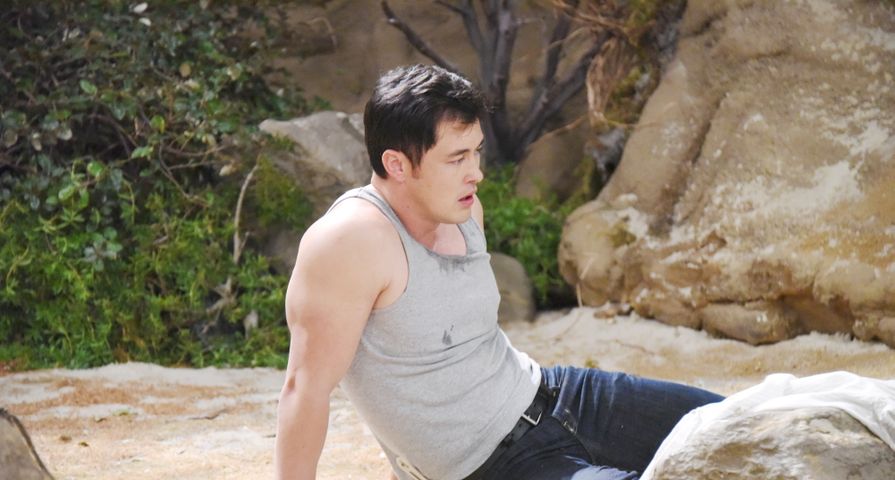 Soap operas are known for being entertaining, thought-provoking, and at times, their storylines can raise awareness around important social issues. Daytime dramas are also infamous for being over-the-top, outrageous, and downright crazy. Below are 12 ridiculous soap opera storylines that took place in 2017.

Phyllis Summers and Billy Abbott are currently a bonafide super couple on the Young and the Restless (Y&R) and have a ton of chemistry. Their undeniable attraction drew them together last year, and the twosome has been solid ever since. Which seems ridiculous, considering how Billy hijacked information from Phyllis around Jabot in 2017, all to gain a competitive advantage for his company, Brash and Sassy. Phyllis is a strong woman that doesn’t take crap from anyone. Considering she welcomed Billy back into her home after he lied to her and pulled that stunt is utter nonsense.

Sheila Carter is a villainess that has wreaked havoc on both the Y&R and Bold and the Beautiful (B&B) in the past. While her return last year on the B&B was shocking, how ridiculous is it that she’s alive and well when Y&R viewers saw her get shot all those years ago? Moreover, no one in Los Angeles has even thought to alert poor Lauren Fenmore about Sheila being alive? The very idea that no one would give her a heads up is just crazy!

10. GH’s Nelle and Michael Hook Up

After everything that General Hospital’s (GH) Nelle Benson did to Michael Corinthos’ parents and family, it’s absolutely ridiculous that the blonde vixen was able to weasel her way into his heart in 2017. Even better, now she is pregnant with his child. Holiday dinners at the Corinthos household with new grandbaby and Nelle are going to be interesting in the near future.

Sure, the Days of Our Lives (DOOL) storyline where Bonnie Lockhart and Hattie Adams paraded around Salem impersonating Adrienne Johnson and Marlena Evans had its entertaining moments, but the entire idea that both prominent Salem residents had criminal doppelgangers was insane. Especially when it came to Marlena, who is a character that also had an evil twin sister at one point in time. Evans clearly has the worst luck when it comes to bad people who look like her.

Rich, billion-dollar princess Abby Newman (who also happens to have an Abbott as a mother) is a bright, corporate powerhouse, and has the world at her feet. Which makes the idea that she would fall for slimeball Zack that much more ridiculous. Even crazier? Daddy Victor Newman approved of the guy!

Speaking of Zack, the entire sex trafficking ring storyline in Genoa City was lame. While it was great to see the return of Alice Johnson, her involvement in the entire plot was more than over-the-top. Just as quickly as Alice returned to town, she was gone once again. It’s great to pull on past history and characters for a storyline, but in this case, it would have been better to leave Alice out of the picture altogether. Her past involvement with Sharon added nothing to the story.

When Vernee Watson first stepped into the GH role of Aunt Stella, many viewers were excited to see the veteran actress on the daytime show. Sadly, Aunt Stella has been nothing short of annoying since her debut. Plus, why is it that she is obsessed with her nephew and his death? Time to let go Auntie Stella — time to move on.

Will Horton returning from the dead has been an incredible daytime comeback. Having Chandler Massey back on Days has had DOOL fans everywhere rejoicing. However, the actual storyline in which he returned was ridiculous. Crazy Susan Banks had Will revived so that she could replace him for her ‘dead’ son E.J. DiMera? Thankfully, DOOL has moved on from how Will returned and dived into having him back in Salem.

Juliet Helton caused a ton of drama last year on the Y&R and almost broke up super couple Lily and Cane. Not only did she end up having a one-night stand with Cane, the event resulted in a pregnancy. Lily simply could not get over the idea of another woman walking around with Cane’s illegitimate child. In an interesting turn of events, Juliet ended up dying last year during an emergency C-section as she and the baby were in distress. The infant lived, Juliet died. The entire storyline seemed like something that would come out of a soap in the 1960s, not in this day and age. Even crazier is that because Juliet is gone, Lily seems to have softened up to Cane, even remarrying him now that his mistress is no longer around.

A biological weapon lands in the hands of a child? This GH storyline was utterly ridiculous from the scarecrow images to Jake’s magic show being canceled at the Nurse’s Ball, only to have the big reveal of the Chimera show up for family only. It may have been a bit more interesting if all this happened at the Ball, but thankfully this silly storyline is long in the past now.

In this day and age of the Internet and social media, a storyline like ‘Ask Man Landers’ not only seems ridiculous but impossible. In GH’s defense, the show was struggling with Kristen Storms’ (Maxie Jones) hiatus and Nathan West needing something to keep him occupied with. But the entire concept that West was pretending to be Man Landers, when it was really Amy Driscoll, was over-the-top and not believable.

Days is just a tad obsessed with islands and jungles, with several storylines over the years revolving around this type of tropical adventure for Salemites. However, a bug bite that caused Paul Narita to go loopy? It was too ridiculous for words. Not to mention that the entire idea of a plane crashing into an island when this has happened so many other times in DOOL’s past was far-fetched as well.