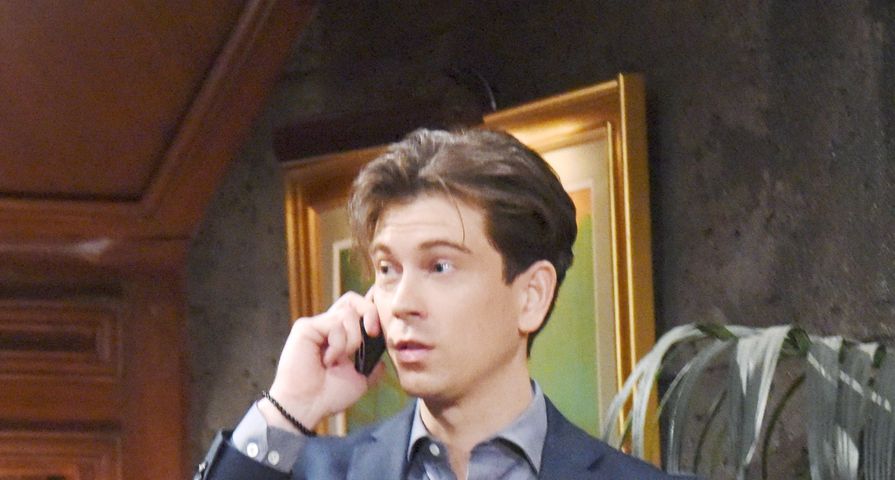 This soap opera year was all about comebacks and death resurrections! Days of Our Lives’ (DOOL) Will Horton returned from the dead and has seemingly been brainwashed all this time. While we are not sure if he’s Jason Morgan or Drew Quartermaine, Steve Burton returned to General Hospital (GH), diving into an interesting lost-identity storyline. While it is always incredible to have beloved daytime drama characters return, what about those you wished would just go away for good? Below is a list of eight soap opera characters who need to die in 2018.

This one might come with mixed reviews amongst GH fans as Franco has evolved into a stand-up Port Charles citizen since he first debuted on the show in 2009. However, with two Jasons in town right now, does GH really need this character anymore? He’s an integral part of the twin storyline right now, but who else thinks that once the full truth comes out, Franco may become irrelevant?

It’s great seeing soap opera legend Tristan Rogers portraying Colin on the Y&R now and again; however, this character has worn out his welcome in Genoa City. While he does offer some incredible comedic relief to the show, Colin hasn’t been a stellar father, grandfather, or even husband for that matter. Time for him to go and go for good.

Eileen Davidson’s portrayal of the quirky Susan Banks is an interesting watch. She’s crazy, funny, eccentric and can provide some entertainment when woven into Days’ storylines. However, one can’t forget that while she is a tad naïve, Susan has done some terrible things as of late. Saving Will from his deathbed was admirable, but stealing him from family and friends, then brainwashing him into believing that he was her son was downright horrible. Susan has had a solid run over the years, but it’s time for her to say goodbye to Salem.

Cassandra Pierce is a relatively new character that has entered the GH scene as of late and seems to be stirring the proverbial pot these days. She’s sure to make Anna Devane’s life rough in the next few months and doesn’t seem to be a friend to Valentin Cassadine. Villainesses serve a very solid purpose, which is to create chaos and make things dramatic. However, once the smoke clears, they tend to meet their demise at the hands of a hero or heroine. With Cassandra clearly up to no good and chalking up many enemies in Port Charles, it doesn’t take a rocket scientist to see that she may end up dead once this storyline comes to an end.

Dina made an explosive return to Genoa City in 2017, but her days are clearly numbered. She did make amends with her children and granddaughter Abby; however, she’s also caused a lot of chaos on the Y&R. She revealed that John Abbott wasn’t Ashley’s biological dad at a very public event and she even recently stabbed Nikki Newman. As one of soap opera’s worst moms out there, Dina needs to pass away to give her poor kids a break from all the drama she causes.

Maddox seemed like a good guy when he first entered Port Charles, but as of late he is showing his true colors. Embroiled in this current two-Jasons storyline, Maddox not only helped keep Patient Six hostage, but he also tried to hide the fact that there was a twin Quartermaine running around. Things don’t always end well for bad guys in the end and once either Jason figures out the role Andre played in this scam, 2018 may just mean the end for the doctor’s life in Port Charles.

He’s a slimeball that has somehow not only fooled Abby Newman, but her father Victor as well. Running a sex ring operation while still partying up with Genoa City’s elite takes talent. However, Y&R fans can see that Zach’s days are numbered. Especially when he kidnapped Abby and Scott. If Victor doesn’t seek revenge on Zach for what he’s done to his daughter and Newman Enterprises by the end of this year, he will for sure by early 2018.

One must wonder how Ben Rogers is still alive? As Salem’s Necktie Killer and Abigail DiMera’s stalker, Rogers is a danger to any character on DOOL. Yes, he seems to always slip through everyone’s hands. The crazy part is that despite being locked up for all his crazy antics, the dude just keeps escaping jail only to cause chaos for Abby, Chad, and other town residents. Want to know how you stop him from hurting anyone else? Death, that’s how! Ben Rogers is a soap opera character that needs to die in 2018.