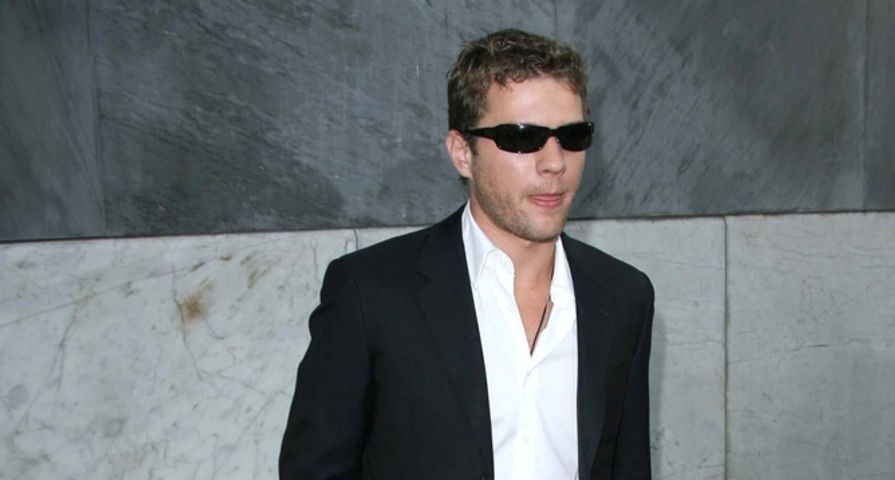 It seems like there are a lot of men in Hollywood who have illegitimate children! However, some have taken raising these children really seriously while others have tried to dodge responsibility, which is pretty heartbreaking for these children! We have a list of 12 men in Hollywood who have fathered love children. Some of them have done the right thing, while others seem to have evaded responsibility! Take a look:

After Reese Witherspoon, it looks as though Ryan Phillippe kept up his womanizing ways! In 2011, he welcomed a baby girl with ex-girlfriend Alexis Knapp. During this time, Phillippe had been dating Amanda Seyfried. Apparently Phillippe wasn’t even sure if he was the father and demanded a paternity test. We wonder how this affected Seyfried’s feelings for Phillippe – the couple has since broken up so we guess we have our answer!

Back in 2009, Jude Law had a fling with an aspiring model, Samantha Burke, and accidentally ended up impregnating her. After a paternity test, Law forked over some money, but he wasn’t there when baby Sophia was born and he only met her when she was five months old. Sources say that in recent years Law has been doing his best to build a relationship with his youngest child. We hope this is true!

After James Marsden and his wife Linda Linde split, Marsden was quick to move on! Shortly after the break up, he had a one-night stand with a Brazilian model named Rose Costa. Nine months later Costa gave birth to Marsden’s son, Luca. Marsden and Costa have no intention of getting back together, but Marsden is already playing an active role in his son’s life. Good for him!

Arnold Schwarzenegger, despite being married to Maria Shriver, had an affair with the family’s housekeeper about 14 years ago and ended up fathering an illegitimate son. The child ended up looking an awful lot like Schwarzenegger, but it was only in the past year that he came clean. Schwarzenegger’s marriage has since fallen apart, but at least he has acknowledged that this boy is his son!

In the ‘70s, Steven Tyler had a fling with model Bebe Buell, which produced Liv Tyler. Liv was raised as Todd Rungdren’s daughter – Buell’s on-again off-again boyfriend – and he was listed as her father on her birth certificate. Buell had tried to hide the fact that Tyler was Liv’s father because of his drug and alcohol problems. It wasn’t until Liv was nine years old that she learned the truth and developed a relationship with her biological dad.

Back in the late ‘90s when Sisqo was super famous, he hooked up with a 14-year-old fan in Sweden and ended up impregnating her! The woman now lives in Zurich and Swiss authorities have declared that Sisqo is the father in his absence because he keeps refusing to take a paternity test. The whole story borders on disturbing, especially knowing that the fan was only 14 at the time!

Oscar De La Hoya has three illegitimate children with three different women, one of the women being Shanna Moakler, the ex wife of Travis Barker from Blink 182. Back in 2000, Moakler hit de la Hoya with a $62.5 million palimony suit claiming that he was abusive to both her and to their daughter, Atiana. After the couple’s split, de la Hoya had little to do with Atiana, but has still provided her with financial support.

Lil Wayne has three love children with two different women and he has another child with his ex-wife. Lil Wayne is committed to helping to raise all of his children and considers fatherhood the most important thing in his life. Lil Wayne’s own father had abandoned him, which is why he takes his parenting so seriously.

Matthew Knowles – Beyonce’s father – had an affair with Alexsandra Wright, a one time actress, and ended up fathering a son, Nixon, with her back in 2009. This ruined his marriage with Beyonce’s mother, Tina, and Matthew has since moved on and married another woman. According to Wright’s brother, despite a paternity test, Knowles has no relationship with little Nixon.

Eddie Murphy and Mel B (also known as Scary Spice) had a fling for a hot minute, which resulted in a baby girl, Angel. Murphy has been anything but a gentleman about the situation. He has denied that he is the father, demanded a paternity test and, once the paternity test confirmed that he is Angel’s father, he continued to refuse to have anything to do with this child; however, as time has passed, Murphy has become a part of Angel’s life. Thank goodness!

Emile Hirsch became a father this year! It turns out that he was having a fling with an unidentified woman, which produced a son – Valor. Hirsch has confessed that he is pretty excited about being a father. “I have always wanted a kid,” he said. “So I am thrilled. Overjoyed!” Sounds like Hirsch will be a good father, unlike some of the other celebrities on this list!

Back in the ‘80s, Gavin Rossdale had a one-night stand with Pearl Lowe, which produced a daughter, Daisy. Lowe had a boyfriend at the time, so she assumed that he was Daisy’s father but, as the years went by, Daisy began to look more and more like Rossdale. In 2004, Rossdale took a paternity test, which confirmed that he was in fact Daisy’s father! We wonder how Gwen Stefani felt about all of this…