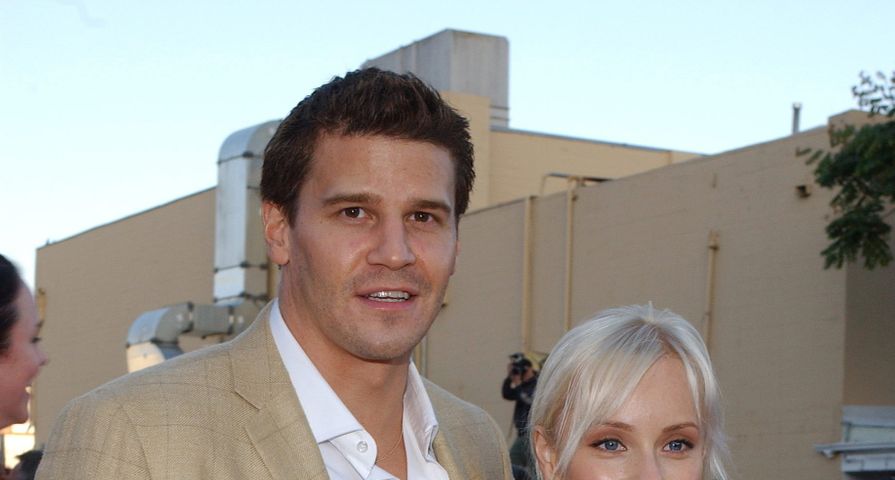 Dating and marriage are hard enough in the regular world — we can’t imagine how celebrities do it. (Okay, the fancy mansions, assistants, personal trainers and private chefs probably help!) But even though we hear about celebs breaking up all the time — Ben Affleck and Jennifer Garner are currently breaking our hearts, not to mention Jon Hamm and Jennifer Westfelt — some of them stick it out despite major scandals, including infidelity and drug addiction. Here are 9 celeb couples who have stayed together despite some rocky situations:

Football star David Beckham and model/fashion designer/pop star Victoria Beckham have been married since 1999 and have four children together — but it hasn’t all been sunshine and rainbows in their relationship. David has been accused of cheating on Victoria with multiple women, including model Sarah Marbeck, personal assistant Rebecca Loos, singer Katherine Jenkins, and even an escort named Nirma Nici (to be fair, Katherine denied the rumors, but Rebecca has publicly discussed her “affair” with David). Whether or not all these rumors are true, they’re hurtful — but Victoria has stuck by her man and the pair has worked through it.

Matthew and SJ certainly seem to be in it for the long haul. They’ve been married since 1997 and have a son and twin daughters. But in 1998, a source told Star magazine that Matthew was having an affair with a woman, sneaking off to his friend’s townhouse in New York to do the deed. The infidelity supposedly continued while Sarah Jessica went to Los Angeles to shoot the Sex and the City movie. The couple hasn’t publicly confirmed that any affair took place, and they’re still together.

Country star Keith Urban and actress Nicole Kidman got hitched in 2006 and have two daughters together, but it’s been a rocky ride. Only four months after their wedding, Keith checked into a rehab facility for help with his cocaine addiction. At the time, he released the following statement: “I deeply regret the hurt this has caused Nicole and the ones who love and support me. One can never let one’s guard down on recovery, and I’m afraid that I have.” Sources also claimed that Keith had an affair with a 23 year-old model, Amanda Wyatt (but Keith has denied that he was unfaithful). Nicole has stuck by his side throughout the various ordeals, and he was her rock when her father died. “I have to say—I love saying this because he should be, you know, just adored—and he has been so good to me, you know, for nine years, but for the last sort of month, which has been a really tough time for me, when you have your partner who just literally carries you through a tough time…and he’s been amazing to me,” Nicole said in an interview on Ellen Degeneres’ TV show.

Actress Gabrielle Union and NBA player Dwyane Wade began dating in 2009. They took a break because of their careers in 2013, and at that point, Dwyane hooked up with an friend and they had a son together, who was born in November 2013. Then Dwyane and Gabrielle got engaged just a month later, in December 2013 — talk about water under the bridge! The couple got married in August 2014 and have stuck together since. Gabrielle was open about the fact that a pre-nup was part of their marriage. “Now that it’s time to get married to a man who happens to play basketball and has done well for himself, I want to make it clear that I have in no way hitched my wagon to his star,” Gabrielle told Yahoo Style. “I have my own wagon and star.”

Actor Josh Duhamel was accused of having an affair with Atlanta stripper Nicole Forrester in 2009, the same year he got married to pop star Fergie. Nicole even passed a lie detector test and had text messages to prove it — but Fergie stayed with Josh anyway, and the couple gave birth to a son in 2013. In 2012, Fergie opened up to Oprah about Josh’s affair, admitting that “it was difficult.” She continued: “When you go through difficult times, it really makes you stronger as a unit, as a partnership. It does for us, anyways. Our love today is a deeper love, definitely. We’re stronger today definitely because of anything difficult that’s happened with us. We deal with it, we communicate; communicating’s the most important thing.”

They’re not pop stars or actors, but you might argue that their governmental careers in the spotlight put even more pressure on Bill and Hillary as they became political royalty. Bill has always been known as a womanizer, and rumor has it that he had affairs with various women when he was the governor of Arkansas. But we know for sure that he had a relationship with then-White House intern Monica Lewinsky when he was President of the United States. In fact, it’s hard to imagine an affair that got as much publicity as the one between Bill and Monica, who essentially went into hiding for years before finally talking about her affair to Vanity Fair in 2014. Bill once joked that he slept on the couch for a year, but the truth is that Hillary must have gone through a lot during that public scandal. In leaked documents that came out in 2014, Hillary said that when she found out about Bill’s infidelity, she was “dumbfounded, heartbroken and outraged” — but she stayed married to Bill anyway. Maybe it’s all political strategy, since she’s now running for the Presidency herself, but these two seemed to have figured out how to be happy together.

The marriage between Kobe and Vanessa Bryant was put to the test in 2003, when Kobe was formally charged with sexually assaulting a 19 year-old hotel employee in Colorado. As a result, he lost endorsement deals with McDonalds and Nutella. He admitted to infidelity but claimed that the affair was consensual. When the accuser decided not to testify in court proceedings, the case was eventually dropped. “Although I truly believe this encounter between us was consensual, I recognize now that she did not and does not view this incident the same way I did,” Kobe said in a statement. “After months of reviewing discovery, listening to her attorney, and even her testimony in person, I now understand how she feels that she did not consent to this encounter.” The woman also brought a civil suit against him, and they reached a settlement agreement. At first, Vanessa began to go through the process of getting a divorce, but then decided to stay with Kobe for the good of their two children and their charitable foundation.

It’s one thing to hear rumors about your husband cheating on you — but it’s another to hear him announce the affair on his late night talk show. That’s exactly what David Letterman did in 2009 after someone tried to extort him for $2 million, threatening to write a book and a screenplay about David’s life that included his infidelity. “This morning, I did something I’ve never done in my life,” Letterman told his audience. “I had to go downtown and testify before a grand jury.” He explained that he had gotten a letter and a package with the threats a couple of weeks before. He explained that the letter read, “I know that you do some terrible terrible things and I can prove that you do these terrible things … and sure enough what was contained in the package was proof that I do terrible, terrible things.” Letterman admitted that he had sexual relationships with some female staffers on his show, but his wife Regina Lasko (who he’s been with since the 1980s, and with whom he has a son) stayed with him anyway.

Remember all of Tiger Woods’ mistresses? Okay, we don’t either, but one of the more famous ones was Rachel Uchitel — and back in 2010, she actually got her paws on actor David Boreanaz, too. (David accused her of trying to blackmail him to keep the affair a secret.) But unlike Tiger’s wife Elin Nordegren, Jaime Bergman ended up staying with her husband despite his infidelity when the news came out. David even claims that his affair ended up being a “bonding experience” for him and his wife “in the long run.” Say what? He told TV Week, “In a sacred ground like marriage, you find yourself out of it at certain times for reasons unknown that can be destructive. There could be a demon that kind of comes out and overtakes you.” A demon? Sounds like someone has been acting on TV dramas for a bit too long.