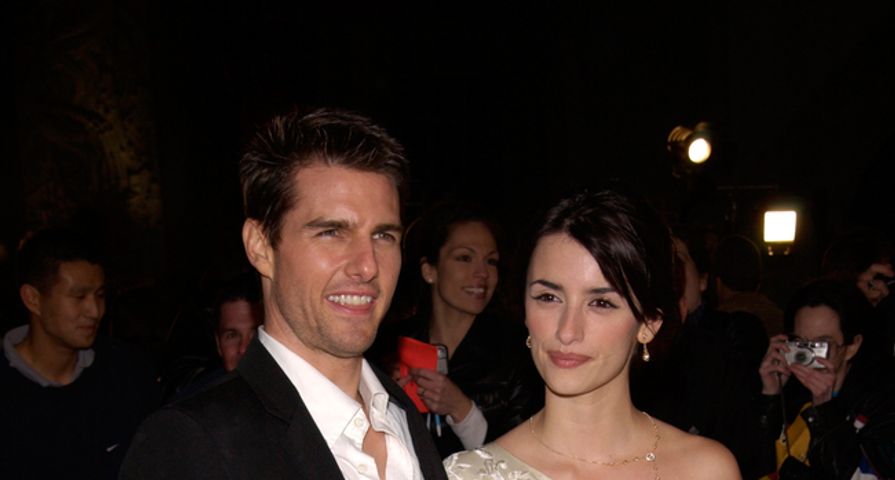 We don’t know what it is, but guys tend to like younger women – sometimes even when they’re married to women who are closer in age to them! It’s totally inappropriate and uncool, as Jennifer Aniston would say, but it happens. Here are 8 celebrities who left their more age appropriate wives (and in a couple of cases, girlfriends) for younger women.

Kelsey Grammer left his wife of 13-years, 41-year-old Camille Grammer, for a 29-year-old flight attendant by the name of Kayte Walsh. Kelsey was 55 years old at the time, which made him a whopping 26 years older Kayte. Before he was even divorced from Camille, the Frasier star was already engaged to his British girlfriend and, two weeks after the divorce was finalized, they were married.

Jason Aldean cheated on his wife of 11-years, 33-year-old Jessica Ussery, with 24-year-old Brittany Kerr. Although the 35-year-old country singer initially apologized for his behavior, he eventually left his wife for the American Idol alum and the two are now married.

Forty-two-year-old Brad Pitt left 35-year-old Jennifer Aniston for a 29-year-old Angelina Jolie. Rumor has it that Jennifer wasn’t crazy about the idea of having kids, which is one of the reasons he decided to go off with Angelina. Together, they now have six kids, three of which are adopted.

Johnny Depp and Vanessa Paradis were together for 14-years; however, rumor has it that the 49-year-old actor grew bored with the relationship to 39-year French model turned actress. It was also reported around this time that the relationship ended because Johnny had met 25-year-old Amber Heard. It took close to a year for Johnny and Amber to take their relationship public and yet another year and a half for them to make it down the aisle.

It is well know that Eddie Cibrian left his 36-year-old wife Brandi Glanville for 26-year-old LeAnn Rimes. Since their breakup, Brandi has sparred with LeAnn and Eddie semi-regularly and has had to endure the couple’s endless PDA.

A 35-year-old Robin Williams left his 36-year-old wife Valerie Velardi for his secretary-assistant Marsha Garces, who was in her late 20s at the time. Before she was Robin secretary-assistant, she was a nanny to his and Valerie’s son, Zachary. This didn’t sit well with Valerie, but Robin couldn’t help himself. According to him, Marsha was “the one who makes [his] heart sing.”

Tom Cruise was married to Nicole Kidman when he met Penelope Cruz on the set of Vanilla Sky and it didn’t take long for him to end things with 33-year-old Nicole and start shacking up with 28-year-old Penelope. According to Nicole, the 38-year-old actor left her without warning, refusing to discuss the problems in their marriage or get counseling, which left her heartbroken.

Billy Crudup and Mary Louise Parker were never married, but they dated for several years before he left the 39-year-old actress, who was seven months pregnant with his son for his 24-year-old co-star, Claire Danes. Mary Louise has never really commented on what happened back in 2003; however, Claire has. According to her, she was in love with 35-year-old actor at the time and needed to explore that.