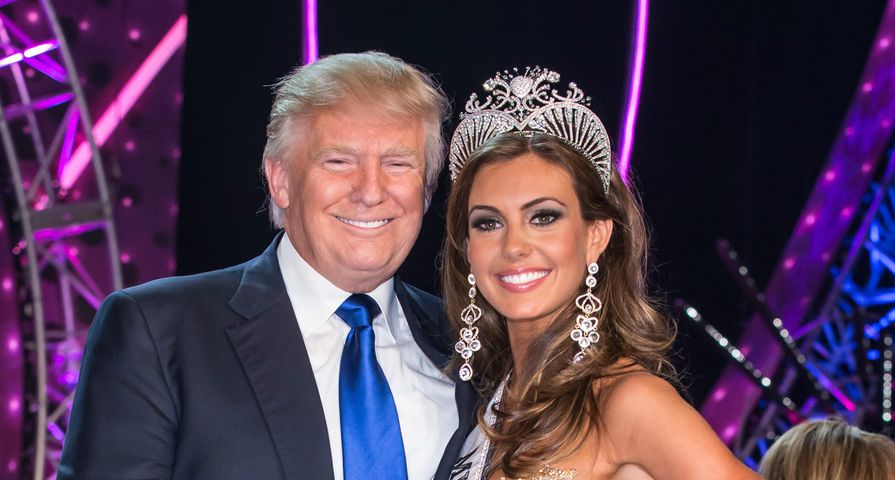 “There she is…” If there’s anything that says we’re progressing as a society, it’s a dog and pony show starring young females vying for a crown that means nothing. Pageant supporters, feel free to leave your comments below, and educate us on all the wonders, and various scholarships offered by the pageant world. In the meantime, we’ll focus on some of the strangest, “say, what?” scandals of the modern, pageant era, all examples taken from the Miss America and Miss USA family of pageants.

To get this list started right, let’s jump back in time. All the way back to 1957, when a sweet and innocent from Texas, Leona Gage, entered the Miss Maryland pageant as a Maryland resident, and won. Representing Maryland in the Miss America Pageant, everyone fell in love with the fresh-faced Leona, and she was crowned Miss America to culminate the festivity. A day later, it was revealed that Leona was a little too fresh faced to serve as Miss America. At 18, she was already a mother of two children, and had been married twice. Three violations of the pageant rules. The kicker? Her mother-in-law sold her out, when reporters came asking. Leona was stripped of her crown. Consequently, she was booted from Miss Universe, which she had qualified for the Top 15. She drew the ire of many fans, but still enjoyed success as a celebrity.

The reigning Miss America, Kira Kazantsey, was another pageant queen who endured a few dancing skeletons, when someone opened her closet door from Hofstra University. The blonde beauty, who was an outstanding student in college, also got into some trouble while enrolled. In September of 2014, Jezebel published a piece that stated Kira was expelled from her college sorority for “cruel hazing.” Hazing is a no-no these days. Kira openly admitted to participating in “hazing,” yet suggested that there was nothing cruel about her intentions — the hazing involved menial tasks. In an age where everything is offensive, and political correctness reigns supreme, it’s not likely that any contestant will measure up to the high standards of Miss America as we progress as a nation.

Tara Conner. She’s one letter from being the phonetic ire of Terminators everywhere. Alas, Tara Conner drew the ire of loyal subjects to the Miss USA crown for partying too hard when she moved to New York City for her one year reign. This went down in 2006. When Donald Trump caught wind of the situation, he summoned Tara to his New York City office. As imagined, she was terrified that she would be stripped of her crown. She could only shamefully admit to the allegations. She was a gal from Kentucky, trying to make good in the city, but a little naive for city livin’. As it turned out, Donald smiled up on Tara, and offered her a second chance to get things right as the crowned Miss USA. Side note: this second chance is what led to the Donald Trump, Rosie O’Donnell feud.

It’s never a good idea to offer opinions on morality, when you yourself are devoid of a standard. Such was the case for Miss California USA, Carrie Prejean, when she was asked a question about gay marriage in the finals for the 2009 Miss USA pageant. The question was offered by Perez Hilton, aka Mario Armando Lavandeira, Jr., and he didn’t get the answer he was hoping for. Carrie Prejean suggested that she believed in “opposite marriage,” which is tough to figure, but everyone knew what she meant. After taking what some would label as a conservative stance, Carrie went on from pageant life to pose for a few photos in which one might say she were quite liberal with her skin. Eventually, things got ugly between Prejean and pageant central, both sides suing the other for breach of contract and other issues.

Rima Fakih was the first woman of Arab descent to win Miss USA. When the pageant bosses got their new queen for a year, they also got someone who didn’t know when to say when. Fortunately, Rima was squeaky clean during her year as Miss USA, but as she grew a little older, she found her way into more adult themed situations. Unlike some of the other contestants who breached contracts, and broke rules, Rima had a run in with the law. In 2012, two years after her Miss USA win, Rima was arrested for going double the speed limit, and having twice the legal limit of alcohol in her system. She maintained that she had not been drinking that night, but there’s really no arguing the breathalyzer results. Ultimately, she was able to avoid jail time, and was sentenced to community service.

Oh. Precious Lauren Caitlin Upton. Talk about a character building experience. We’re gonna bend our own rules, and allow a Miss Teen USA contestant onto this list. This poor girl failed to ask one simple question: “Could you please repeat the question?” And it likely cost her the crown. If she had, she’d possibly know a different life now. What came after was a viral video sensation. It is still hilarious, and still hard to watch. Ultimately, there was nothing so scandalous other than the fact that she was completely betrayed by her senses, and offered utter nonsense in reply. Where is she now? She’s living in Los Angeles, just as she suggested she would the following morning on Today, and likely pursuing a life in VFX for film and TV. As it stands, she goes by Caite Upton, which probably isn’t very smart for the sake of differentiation.

It was 1983. A mere 13 years since pageant rules were changed to include women of color. An incredibly talented singer named Vanessa Williams became the first black woman to win the coveted crown of Miss America, only to have it stripped away a year later, because she stripped for a camera. So. Here’s the official deal. Vanessa long maintained that she was working as a photography assistant in 1983, before the pageant, and took the photos for the sake of posterity, and remembering what the bod looked like down the line. The photos were never supposed to be seen, sold, released… but they were. As soon as she gained some notoriety, someone saw an opportunity for a payday. Sadly, the pageant officials didn’t buy this story, and she returned her crown. As most are well aware, Vanessa was invited back this year to judge the competition.

There has been no bigger scandal surrounding Miss USA/Miss America than the man in charge of the whole shebang… Donald Trump. 2015 has been a fascinating year for the man known as “The Donald.” A campaign for POTUS has pretty much offended everyone with a brain in their skull, and particularly, Mexican-Americans, or possibly any first generation immigrant. Because of his loud mouth, and conjecture-based arguments, Donald lost The Miss America pageant a lot of its sponsors, as well as some of the individuals slated to co-host and judge the show. What does this mean? Nothing really. Donald Trump is a billionaire, and losing a few advertisers won’t hurt him or the pageant in the short term. If he continues pushing for this presidency, however…? Who knows!