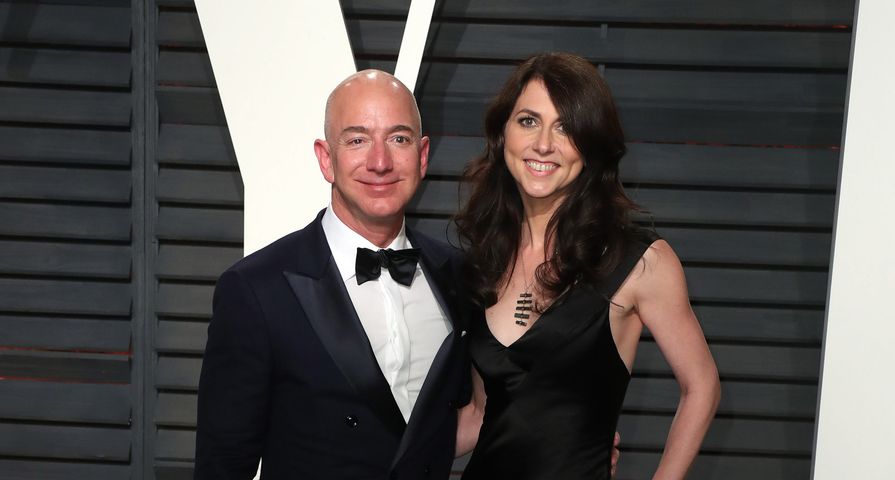 Amazon CEO Jeff Bezos has been making the news for the past week and not because of his savvy business skills. Instead, he’s been outed for having an affair with Lauren Sanchez, a news anchor, television host and actress. Here are 12 things to know about the cheating scandal:

12. The Affair Has Been Going On for about Eight Months

According to The National Enquirer, Bezos and Sanchez’s affair has been going on for about eight months and there is a photo of the two of them from last April dining together at a restaurant in Seattle that corroborates this timeline. 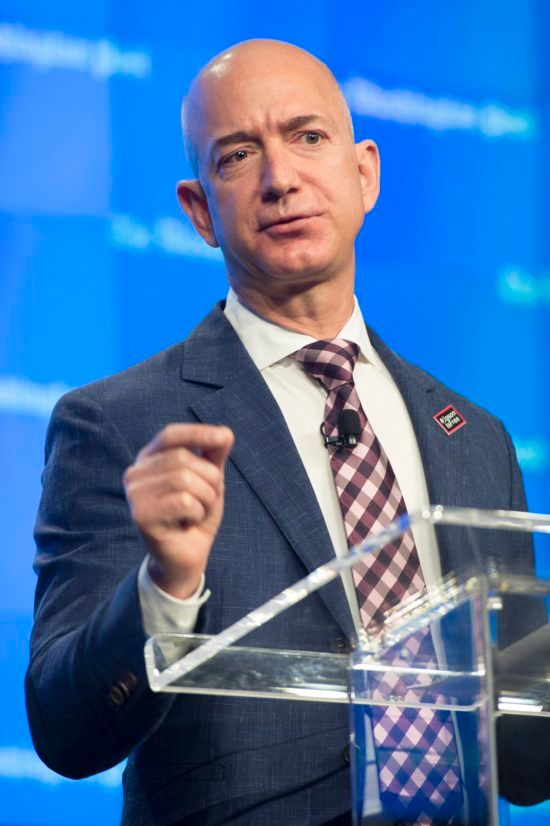 11. Spotted Together Across Five States

The National Enquirer has followed Bezos and Sanchez across five different states together, where they have traveled in private jets, limos and helicopters, and have been spotted in various hotels, restaurants and private estates. 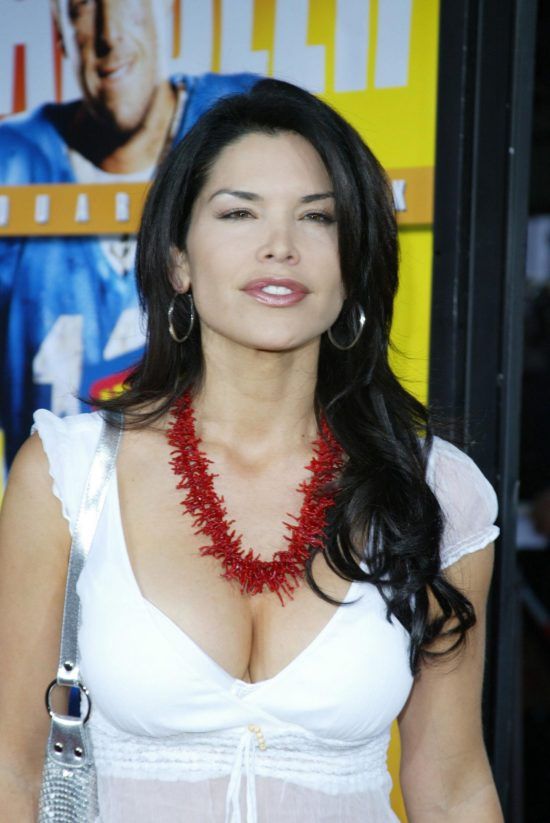 10. He and Mackenzie Were Married for 25 Years

Bezos and Mackenzie have been married for 25 years. They met back in the early 1990s when they were both working at the hedge fund firm D.E. Shaw in New York; she was a research associate and he was a vice president. They were married in 1993 and in 1994 they moved together to Seattle to found Amazon. 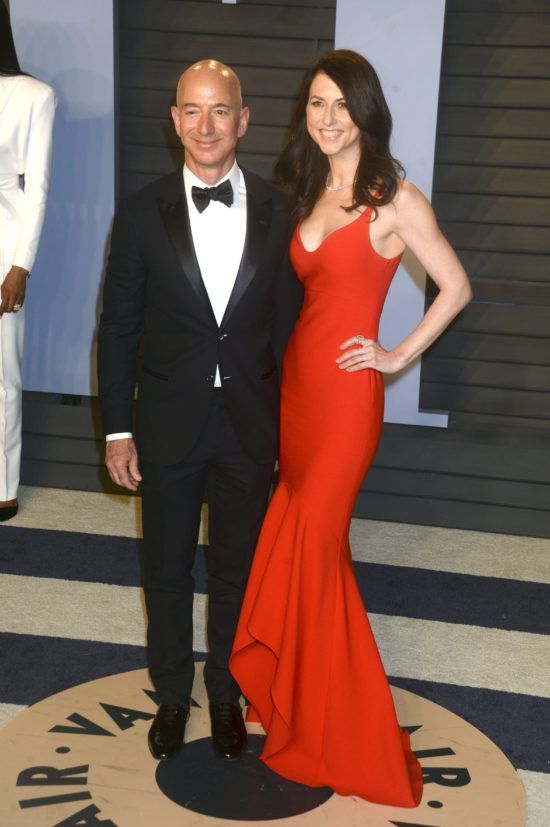 9. He and Mackenzie Don’t Have a Prenuptial Agreement

The Amazon CEO and his wife are worth about $137 billion and they reportedly don’t have a prenuptial agreement, which means that they will most likely have to split their fortune in half. Community property rules in Washington state, which is where they reside, are split 50/50. 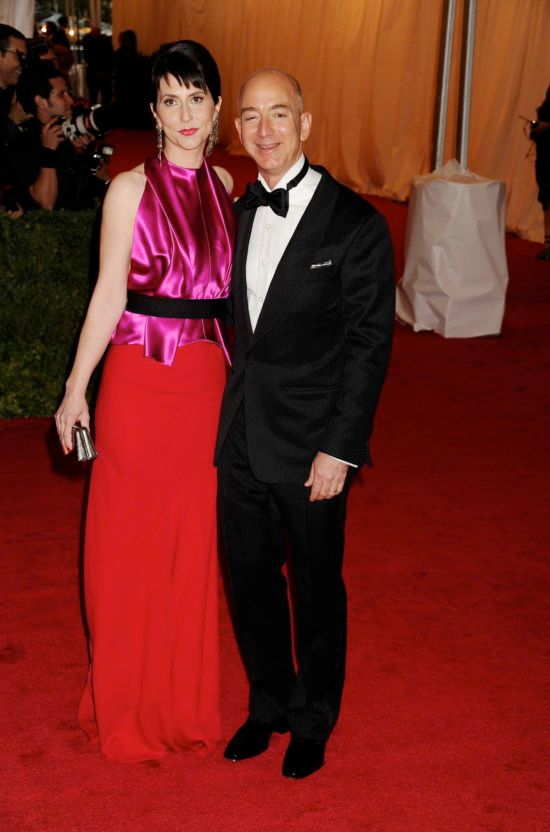 8. He Announced that His Marriage Was Ending on Twitter

Bezos announced that he was splitting from his wife of 25 years on Twitter. “We want to make people aware of a ­development in our lives,” part his tweet read. “As our family and close friends know, after a long period of loving exploration and trial separation, we have decided to divorce and continue our shared lives as friends.” 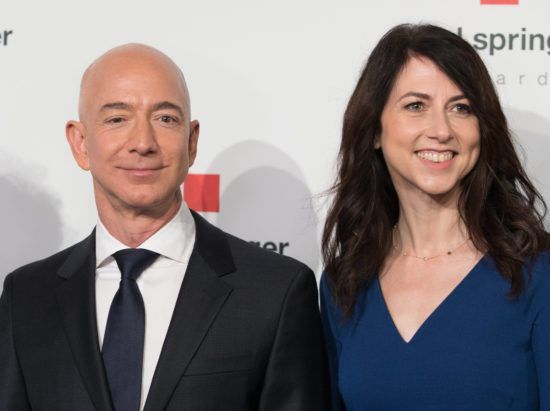 Bezos wasn’t the only married party in this affair. Lauren is also married – to Patrick Whitesell, a talent agent and co-CEO of WME. They wed in 2005 in a star-studded event that included Ben Affleck and Matt Damon. The couple have been in the process of divorcing since last fall and are using celebrity divorce attorney Laura Wasser. 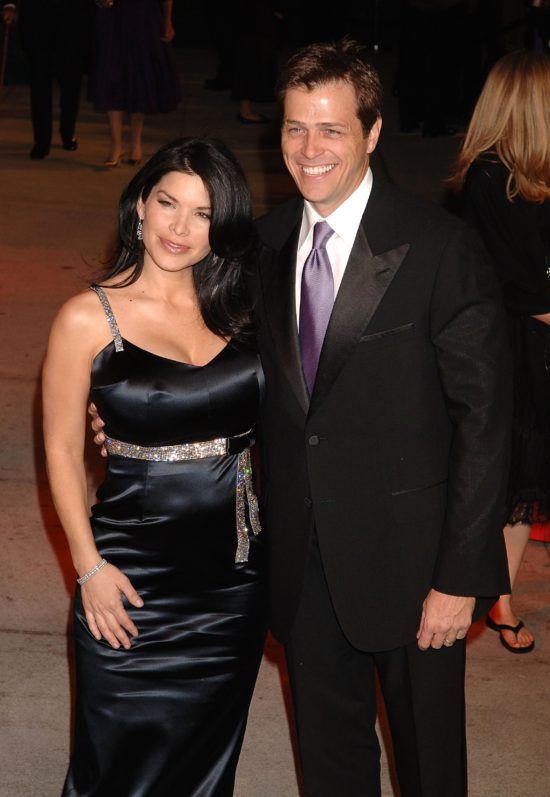 6. There Are Children Involved

The Amazon CEO and Mackenzie have four children together, three sons and one adopted daughter from China, while Lauren Sanchez and Patrick Whitesell have two children, two sons together, as well as a daughter, Nikko, from her relationship former NFL tight end Tony Gonzalez. 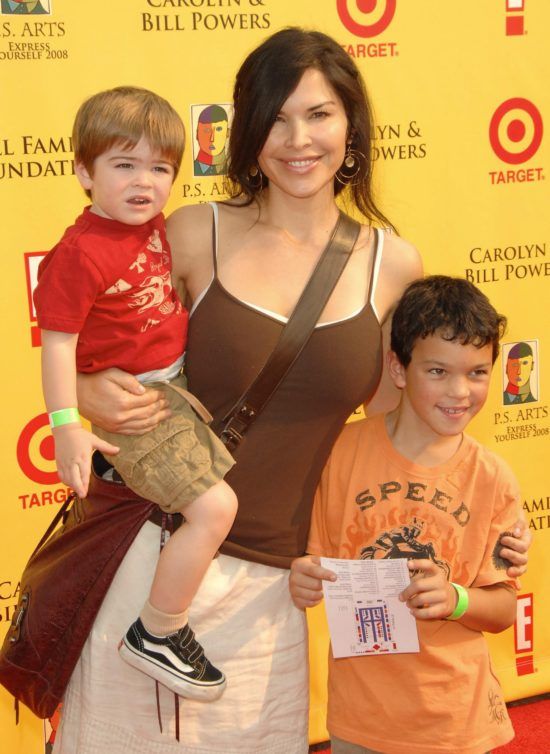 5. Their Spouses Knew About the Affair Last Fall

According to People, Bezos and Sanchez’s respective spouses have been aware of their affair since last fall. “Their families dealt with this in the fall,” the source told People. “The world is catching up to it, but it has had zero impact on their relationship. They’ve never been stronger.” 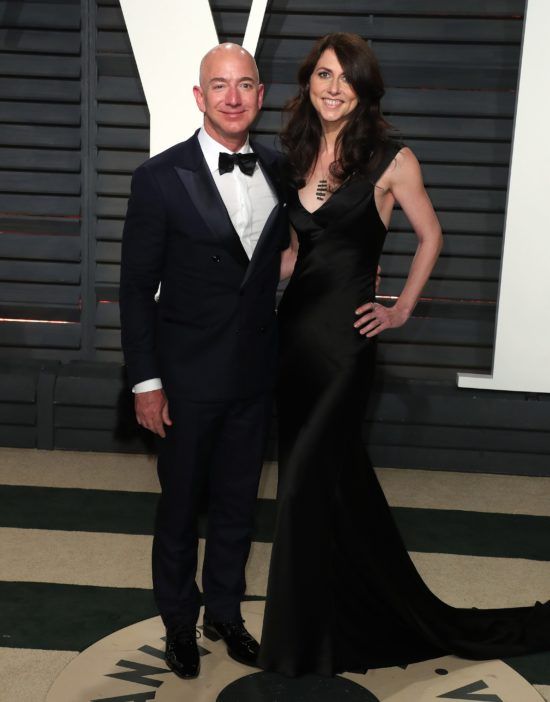 4. Sanchez and Her Husband Were Friends with Bezos and His Wife

Both Sanchez and Whitesell and Bezos and his wife have socialized for the past few years because they have both have houses in Seattle, and then Lauren started working for one of the Amazon CEO’s projects, Blue Origin, which is a space launch company. 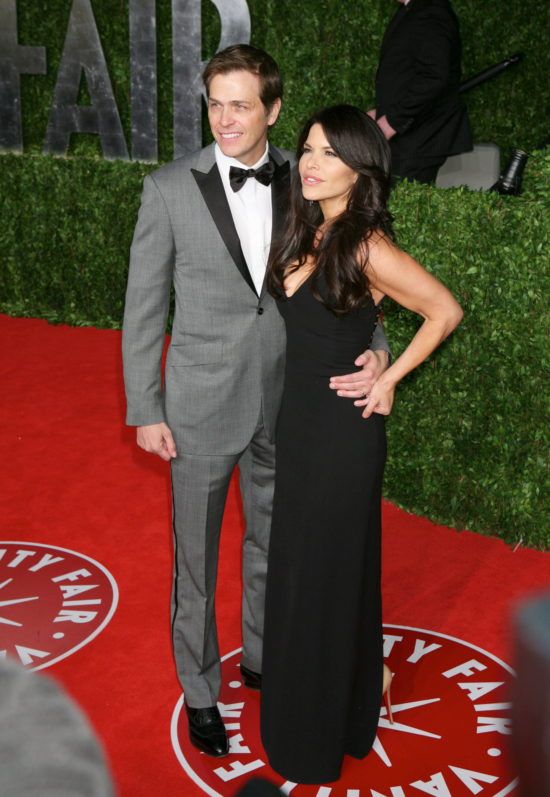 3. Sanchez Bragged to Friends That She Was Dating the Billionaire

Sanchez bragged to her friends about her affair with Bezos and showed her friends the sexy texts and pictures he would send her. Apparently, he’s not happy that she was “so careless” and shared the details of their affair and private conversations with friends. 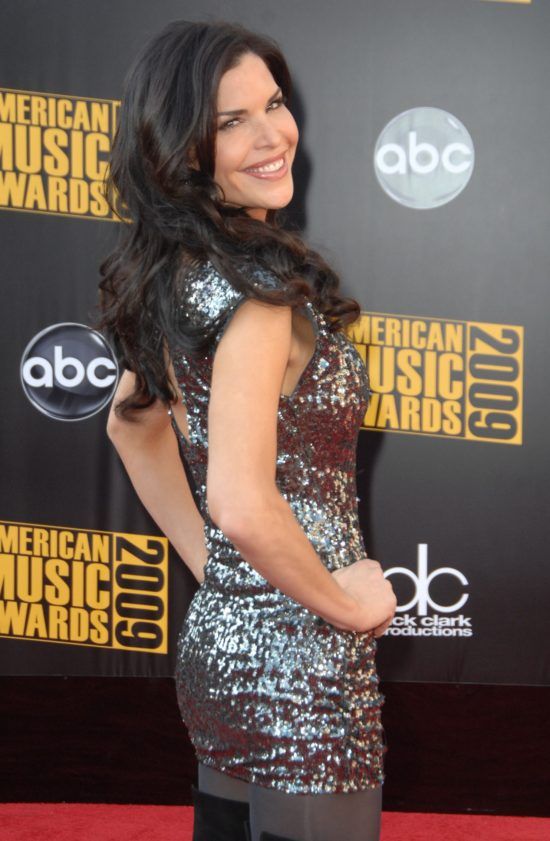 2. The National Enquirer Released the Texts

After Sanchez shared the texts and pictures that the Amazon CEO sent Sanchez, one of her friends shared the material with The National Enquirer and that is what triggered their four-month-long investigation into the affair. 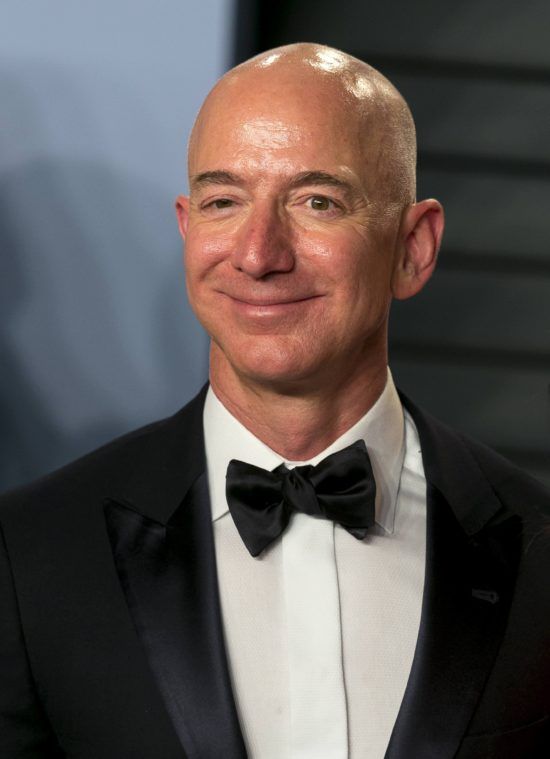 1. She Reportedly Has a History of Cheating

The former So You Think You Can Dance host’s ex Anthony Miller told The Daily Mail that she’s not especially trustworthy and cheated on him when they were together for four years and engaged for more than two. “She was a good person to have around – when she was with you. If you needed a massage or something to eat or anything, she’d be there for you. But if she was away from you – no. I didn’t trust her,” he said. 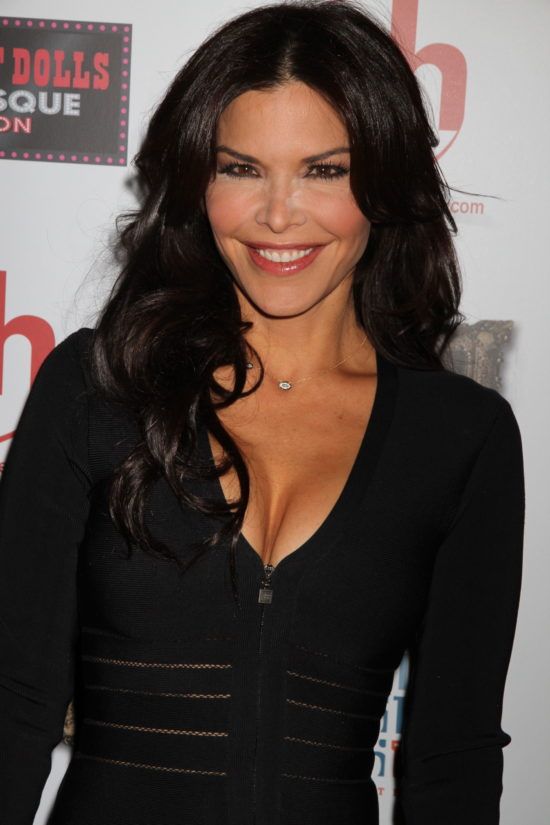