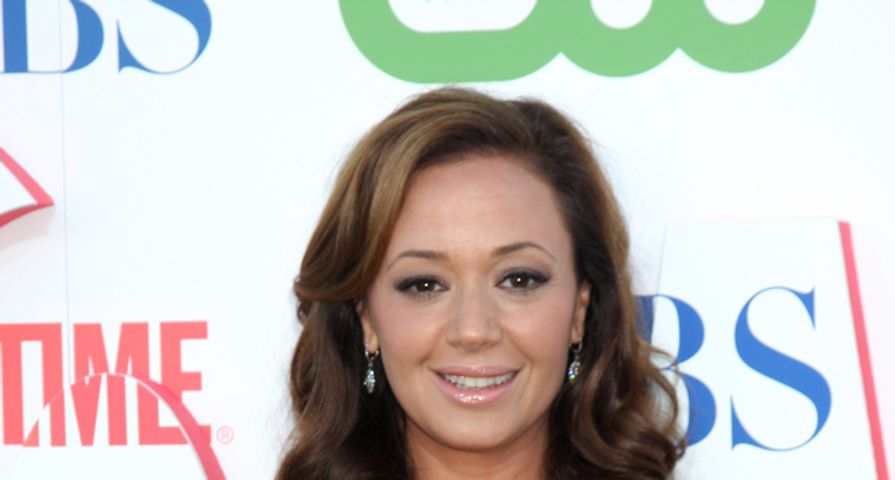 Two years after leaving the Church of Scientology, Leah Remini is telling all in her new book, Troublemaker: Surviving Hollywood and Scientology. She doesn’t just dish the dirt on the church – she goes after some pretty big Hollywood stars, like Tom Cruise and Katie Holmes. Here at Fame10, we’re looking at Leah’s most shocking claims from her new book so far – check it out!

7. Punished for Criticizing Tom and Katie for Their PDA

When a church official asked Leah to go over to Tom Cruise’s house and teach him and his new girlfriend Katie Holmes salsa dancing lessons, she acquiesced; however, she was really put off when Tom proceeded to forcibly kiss Katie in front of her. She told them to “get a freakin’ room” and was written up for it and had to be audited.

6. Tom and Katie’s Lack of Concern over Suri

Leah became concerned over Suri’s well being at Tom and Katie’s pre-wedding dinner. The seven-month-old infant could be heard wailing throughout the dinner, but neither Tom nor Katie seemed particularly concerned. Leah followed the sound of the crying baby to a bathroom where Suri was laying on the floor as Cruise’s sister and his assistant stood there gaping at the hungry baby like she was the incarnate of L. Ron Hubbard. It took some time, but Leah was able to convince them to pick her up and give her a warm bottle of milk.

Scientology officials reportedly asked Leah to invite Jennifer Lopez and her husband at the time Marc Anthony to Tom and Katie’s wedding on Tom’s behalf. According to Leah, they were interested in recruiting Lopez, whose father was a Scientologist. When Leah didn’t cooperate, Tom and Katie snubbed her at the reception.

According to Leah, she caught a ride to the airport with Tom Cruise’s kids, Bella and Connor, after his and Katie’s wedding. When she asked them if they had seen their mother, Nicole Kidman, lately, Bella replied, “Not if I have a choice. Our mom is a f—ing SP.” In the Church of Scientology, a SP is a suppressed person and designated enemy.

At their “fairytale wedding,” Katie reportedly kept Tom waiting at the altar for about 20 minutes. At one point, Jennifer Lopez, whispered to Leah, “Do you think Katie is coming?”

After Tom and Katie’s wedding, Leah was summoned to appear at Scientology headquarters in Clearwater, Florida, to face multiple accusations about her behavior at the event. One of these reports was written by Katie and contended that Leah’s behavior had “disturbed” her “greatly.” As a result, the “King of Queens” star had to undergo months of interrogation and $300,000 worth of auditing sessions and was forced to launch an apology campaign.

As time went on, Leah noticed that Tom had taken over as the church’s new figurehead. “Tom Cruise seems to be running our church,” she said.