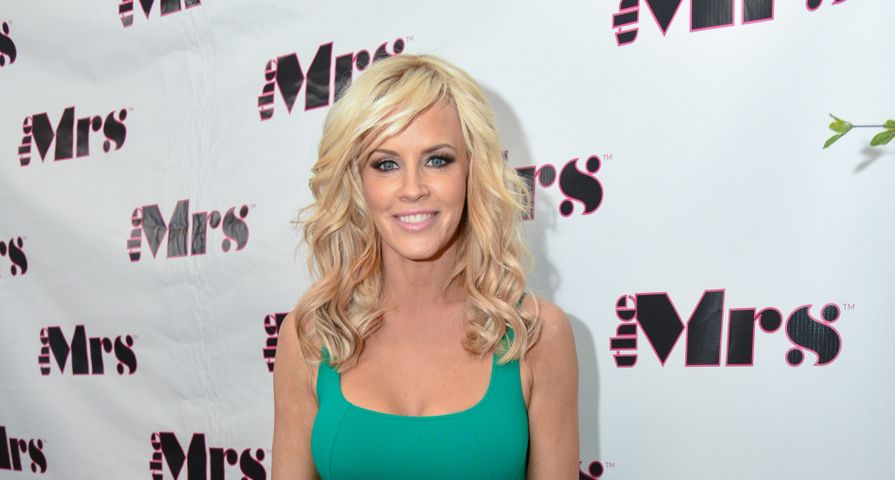 Celebrities say the darnedest things. For some reason, we give an international megaphone to people who might have some kind of talent but may not have any expertise, education or reasoning behind their statements. We understand why some celebrities stay away from Twitter and social media completely! Here are nine controversial comments that got celebrities into major hot water:

Last week, rapper T.I. shocked and offended many people with some comments he made about U.S. Secretary of State and Democratic Presidential hopeful Hillary Clinton. In an interview with DJ Whoo Kid, T.I. said, “Not to be sexist but, I can’t vote for the leader of the free world to be a woman. Just because, every other position that exists, I think a woman could do well. But, the president? It’s kinda like, I just know that women make rash decisions emotionally – they make very permanent, cemented decisions – and then later, it’s kind of like it didn’t happen, or they didn’t mean for it to happen. And I sure would hate to just set off a nuke. […] [Other leaders] will not be able to negotiate the right kinds of foreign policy; the world ain’t ready yet. I think you might be able to get the Lochness Monster elected before [a woman]. It’s not right, but I’m just saying…” When the obvious backlash ensued, he issued an apology, he wrote on Twitter, “My comments about women running for president were unequivocally insensitive and wrong. I sincerely apologize to everyone I offended.”

In 2013, rapper Kanye West released an album titled “I am Yeezus,” which included a song called “I am a God.” Some people were offended that he held himself in such a divine esteem — and it didn’t help when he commented that he’s actually more like a prophet than a God himself. “Don’t worry about how I’m saying what I’m saying. Look at what I’m saying and how I feel my intent is,” he said. “You do not want to go against the power. I’m working on one mission, and that’s a mission from God.” He continued, “I’m gonna make it very clear exactly what I’m here to do. I’m here to help. I’m going to apply all the blessings I’ve got. We’re moving to the future. I’m going to be the anchor.” Then again, these comments probably aren’t as controversial as when he jumped up on the MTV VMAs stage, took the mic from Taylor Swift and announced that Beyonce deserved the award more than Tay did. When it comes to Kanye West, a new controversy is always just right around the corner.

Unfortunately, many female celebrities refuse to call themselves feminists, because of a perceived negative connotation associated with the word or a complete lack of understanding of what the term means (hint: feminism simply means political, social and economic equality for women — it’s not about tearing men down). When asked if she was a feminist Lady Gaga infamously replied, “I’m not a feminist – I, I hail men, I love men. I celebrate American male culture, and beer, and bars and muscle cars.” Since Lady Gaga is such an accepting and progressive figure, many fans were dismayed to hear her misunderstand feminism. The pop star and actress later amended her thoughts on feminism, labeling herself as one. She certainly wasn’t alone in her rejection of feminism; Beyonce, Katy Perry, Taylor Swift, Carrie Underwood and Kelly Clarkson all made similar comments. But we’ve been able to see a shift, with people Emma Watson speaking out in support of feminism and pop stars like Taylor getting schooled by Girls creator Lena Dunham.

Last year, actress and  lifestyle expert Gwyneth Paltrow ruffled a lot of women’s feathers when she said that her schedule made her life harder than it is for people who work regular jobs. She told E! News that having a 9-5 job is “not like being on set” of a Hollywood film, and that “it’s much harder for me.” That’s right, it’s harder for her, even though she’s super rich and has nannies and drivers and personal assistants. She later said her words were taken out of context — but she hasn’t seemed to learn any lessons about perspective. She also once compared online criticism to war. “You come across (online comments) about yourself and about your friends, and it’s a very dehumanizing thing,” Gwyneth said. “It’s almost like how, in war, you go through this bloody, dehumanizing thing, and then something is defined out of it.” Facepalm.

Last year, The Voice judge and musician CeeLo Green came under fire after he wrote some very controversial thoughts about rape and consent on Twitter: “When someone brakes on a home there is broken glass. Where is your plausible proof anyone was raped?”He continued, “Women who have really been raped REMEMBER!!! If someone is passed out they’re not even WITH you consciously! so WITH implies consent.” You won’t be shocked to learn that he was accused of drugging a woman in 2012. He was dropped from two concerts because of the comments, and later apologized with another tweet, writing “I truly and deeply apologize for the comments attributed to me on Twitter. Those comments were idiotic, untrue and not what I believe.”

Last week, Raven-Symone stirred up a controversy when she said on talk show The View that she would never hire someone named Watermelondrea.  The actual person in question — a YouTube star named Melvin who goes by the alter-ego Watermelondrea, responded to Raven-Symone with a video, saying, “You have the audacity to sit there on The View in front of millions of people…and say you will decline a career opportunity because their name isn’t proper enough for their liking? People don’t exactly have control of the names they are given at birth. Raven-Symone later took to Facebook to publicly apologize, admitted that her comment was in “poor taste.” She wrote, “I have been denied many jobs because of my skin color, body size, and age. Each time I was rejected, my self esteem was negatively effected (sic), so I empathize with those who feel victimized by what I said. I should not be part of the problem, I should be part of the solution.” She also pointed out that she never actually “discriminated against a name” — it was a hypothetical conversation.

It’s fairly shocking that someone like Donald Trump can be considered a serious candidate for President of the United States, since he’s said many offensive and controversial things in his life. The comment that earned him the most backlash was his depiction of Mexicans earlier this year. “When Mexico sends its people, they’re not sending their best. They’re not sending you,” he said in a length rant. “They’re sending people that have lots of problems, and they’re bringing those problems with us. They’re bringing drugs. They’re bringing crime. They’re rapists. And some, I assume, are good people.” When CNN’s Don Lemon called him out on his comments, he doubled down on his claims. “Well, somebody’s doing the raping, Don. I mean somebody’s doing it,” Trump said. “Who’s doing the raping? Who’s doing the raping?” As you can imagine, late night hosts had a field day with Trump’s remarks.

2. Paula Deen and the N-Word

Celebrity chef Paula Deen dug herself into quite a racist hole in 2013. She was caught on video using the N-word several times to refer to African Americans, and expressed interest in planning a wedding reception at which all the wait staff would be black and look like slaves, recreating a Civil War-era atmosphere that she had seen at another event. A former Paula Deen Enterprises employee, Lisa Jackson, accused Deen of creating a hostile work environment that included sexism and racial discrimination. In her deposition, Deen also admitted to telling jokes at the expense of various discriminated-against groups. “Most — most jokes are about Jewish people, rednecks, black folks. Most jokes target — I don’t know. I didn’t make up the jokes,” she said. In a pair of awkward videos, Deen apologized for her “inappropriate, hurtful language.”

Somehow, former Singled Out co-host Jenny McCarthy ended up becoming a leading voice in the anti-vaccination movement. In 2008, she published a book called Louder Than Words: A Mother’s Journey in Healing Autism and claimed in an interview with Time magazine that her son Evan was “cured” of autism, which she believes was caused by the MMR (measles, mumps, rubella) vaccine. It didn’t help that the highly influential Oprah said of her, “She knows what she’s talking about” and praised her “mommy instincts.” As the anti-vaccination movement grew, with Jenny as its vocal leader, so did cases of measles, whooping couch and other illnesses we thought we’d eradicated (vaccines work). Now that she’s been attacked by scientists, doctors and the media, Jenny has backtracked from her stance. “I am not ‘anti-vaccine,'” Jenny wrote in an op-ed in the Chicago Sun-Times in 2014. “This is not a change in my stance nor is it a new position that I have recently adopted. For years, I have repeatedly stated that I am, in fact, ‘pro-vaccine’ and for years I have been wrongly branded as ‘anti-vaccine.'” She continued, “I believe in the importance of a vaccine program and I believe parents have the right to choose one (shot) per visit. I’ve never told anyone to not vaccinate.”