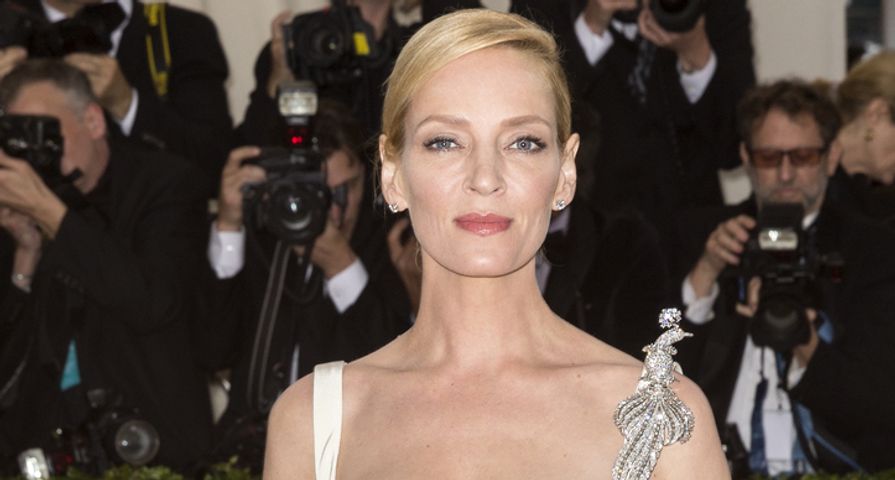 Being an actor or an actress or a singer is a lucrative profession, so lucrative that many celebrities need to hire accountants and managers to help them manage their money. While many celebrities find honest people do this, there are some who don’t and these unlucky celebrities tend to lose a lot of money as a result. Here are 9 celebrities who took their managers to court for mismanaging their finances:

In January 2017, Johnny Depp filed a $25 million lawsuit against his former managers at The Management Group and two of its attorneys for negligence, fraud and breach of fiduciary duty. According to the complaint, Depp claims that from 1999 to 2016 TMG collected $28 million in contingent fees that Depp says he never agreed to. The lawsuit also claims that they failed to pay his taxes on time, which costed him $5.7 million in penalties. TMG has since filed a countersuit, alleging that the actor lived an “ultra-extravagant lifestyle that often knowingly cost Depp in excess of $2 million per month to maintain, which he simply could not afford.” TMG has also released emails between Depp and his ex-managers where they warned him about his spending. The case is ongoing, but it’s not looking too good for the actor.

Alanis Morissette sued her former business manager for breach of fiduciary duty, conversion, fraud and negligence in January 2017 after she was swindled out of $4.7 million. Jonathan Schwartz and GSO Business Management were responsible for the singer’s finances from 2009 to 2016 and were responsible for collecting her income, managing investments and paying her bills. When she hired a new business manager, Howard Grossman, he found at least 116 cash transfers to Schwartz from Morissette’s accounts during a four-year period, totaling more than $4.7 million. In June 2017, they settled out of court, but the details of that settlement have not been disclosed.

Elton John brought a lawsuit against the accounting firm Pricewaterhousecoopers and his former manager, Andrew Haydon, in the early 2000s. According to court documents, he sued Haydon for negligence, claiming that he was negligent and allowed John’s accountants to unfairly charge the singer for overseas tour expenses that should have been covered by the firm. Unfortunately for John, he lost the lawsuit, with the judge claiming that the singer’s “case fails on the facts.”

The former Mistresses star filed a $10 million lawsuit against her former manager in June 2017. In the lawsuit, Alyssa Milano accused accountant Kenneth Hellie and his firm, Hellie, Hoffer & Co., of forging her signature on financial documents, failing to pay overdue bills and taxes, and persuading her to make bad investments in businesses in which he was also an investor, without making her aware of the conflict, all of which left her millions of dollars in debt. In the only statement Hellie released, he claimed that the situation was a lot like Johnny Depp’s situation with his manager, but only time will tell.

Back in 2014, Rihanna sued her accountant, Peter Gounis of Berdon LLP, for advising her to make a string of really bad financial decisions that resulted in her being effectively bankrupt in 2009. In the lawsuit, she claimed she had $11 million in cash in January 2009, but just $2 million left at the end of the year. She blamed this on Gounis, who she claims advised her to buy a Beverly Hills mansion for $7.5 million, which she could not actually afford. To add insult to injury, the house was filled with mold and had water issues. She sued Gounis for $35 million, but settled for $10 million out of court.

Billy Joel filed a $90 million against his former manager, Frank Weber, back in 1989, accusing him of fraud, breach of contract, breach of fiduciary duty and federal racketeering statute violations. In the lawsuit, Joel was asking for $30 million in compensatory damages and $60 million in punitive damages and also sought the repayment of $15 million to $20 million in commissions that Weber received from 1980 until 1989 when the singer fired him. Weber filed a $30 million countersuit; however, the court dismissed his lawsuit, but awarded Joel $2 million in a partial judgement against Weber.

Nicolas Cage hit his ex-business manager, Samuel J. Levin, with a $20 million lawsuit in 2009, claiming that he was given bad advice and that his money was mismanaged, which led the actor to financial ruin. Levin denied the claims and countersued, alleging that the actor caused his own financial ruin. According to court documents, by the time Levin was hired in 2001, Cage was already outspending his large Hollywood paychecks and was already millions of dollars in debt. Levin claims that he advised Cage that he needed $30 million a year to maintain just his lavish lifestyle, but his advice went unheeded. The following year, Cage and Levin settled, but the terms of the settlement are confidential.

In January 2017, Uma Thurman sued her financial advisor Kenneth Starr for $2.485 million, accusing him of fraud and blaming him for the millions she lost in risky investments. According to court documents, she is accusing him of not informing her of the risk of investing $1 million into the security and technology company, GlobalOptions, and she claims that she invested another million in a company called Martini Park without being made aware of the risks. The remaining $485,000 is for professional fees that she paid Starr between 2006 and 2008, which is the period when he began defrauding his clients. In response to her lawsuit, Starr demanded that Thurman not be awarded any money, claiming that she was aware of the investment risks and that the fees she was paid were entirely legitimate. In February 2017, the two managed to reach an agreement for just $485,000 in order to avoid a lengthy and expensive court battle.

Back in 2015, Shannen Doherty launched a lawsuit against her business manager, Tanner, Mainstain, Glynn & Johnson, for failing to properly secure her health insurance. According to court documents, the actress’ breast cancer spread because she didn’t have health care coverage and therefore could not see a doctor. She alleged that Mainstain was supposed to be paying her insurance premium to the Screen Actors Guild, but he failed to pay and then terminated their working relationship in 2014. The following year, when she re-enrolled, she learned that she had invasive breast cancer, which would likely require mastectomy and chemotherapy. The doctor informed her that had she been able to see a doctor, the cancer would have been stopped. In August 2016, Doherty and Tanner Mainstain Glynn & Johnson reached a settlement, but the amount was never revealed.