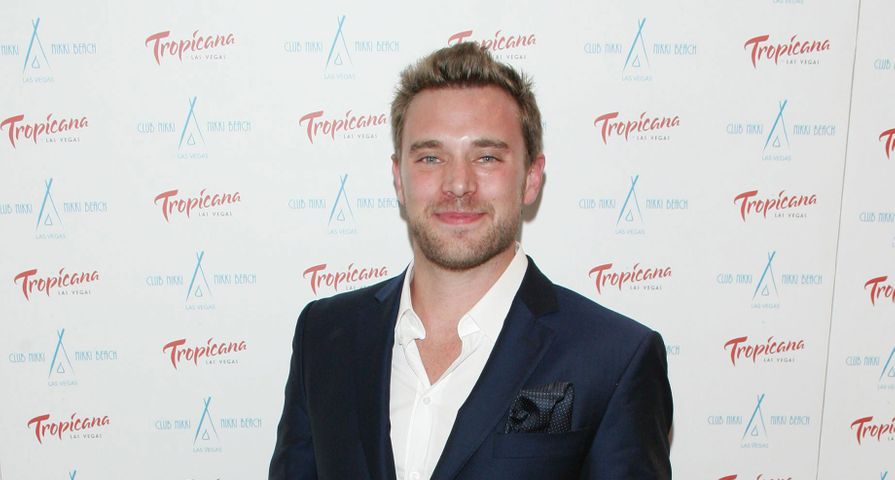 Soap opera fans tune in weekly for drama, intrigue, and of course, those hot leading men. They steam up television screens daily with their fiery antics, romance, and sizzling love scenes. While there is a plethora of good looking men on soap operas these days, the below list highlights the best of the best when it comes to hunky and hot. Below is the top twelve hottest men on daytime soap operas.

Scott Clifton is no stranger to daytime drama, getting his start on soaps as the spoiled little rich kid Dillon Quartermaine on General Hospital, from 2003 to 2007. He then made his way to One Life to Live for a short stint as Schuyler Joplin from 2009 to 2010. Since 2010, Clifton has played Liam Spencer on the Bold and the Beautiful (B&B) and has been acknowledged for his portrayal of this character by winning two Daytime Emmys (in 2011 and 2013). The talents of this good-looking actor do not end there, as Clifton is also a singer/songwriter, and has released an album entitled, Girl Go Home.

The very handsome Eric Martsolf can be considered somewhat of a veteran of daytime television. Before entering Salem in 2008, he began his acting career playing Ethan Winthrop on the short-lived soap, Passions, from 2002 to 2008. Alas, he has won the hearts of many leading ladies during his seven-year stint on Days of Our Lives (DOOL), not to mention many fans, as the brilliant, charming, and good-looking Brady Black. He’s also been recognized by his peers in this role, earning a 2014 Daytime Emmy for Outstanding Supporting Actor.

We have seen General Hospital’s (GH) Nikolas Cassadine grow from a handsome teenager, looking to pull away from his evil family – into a leading man who sometimes does good, and other times, dabbles in evil-doings. Tyler Christopher entered in the role in 1996, and while he’s been on and off the show over the years, when he is on-screen fans are treated to some steamy love scenes from this irresistible actor. Nikolas is literally a prince, ever-so-charming, and makes being bad, look good.

9. Justin Hartley – Adam Newman – The Young and the Restless

It wasn’t easy stepping into the shoes of Adam Newman in late 2014; however, Justin Hartley knocked the ball right out of the park from day one. In fact, not only has he been able to meet audience expectations, as the previous actor who played the role (Michael Muhney) was a fan-favorite, in a lot of ways, he’s exceeded them. Many die-hard Y&R fans claim that Hartley’s portrayal of Adam is the best one yet. Hartley is no stranger to daytime television, as many fans might remember him as Fox Crane in the NBC soap, Passions, from 2003 to 2006. He also dabbled in primetime television, as a regular on Smallville, where he played Oliver Queen from 2008 to 2011.

Certainly no stranger to a list like this one, in 1990 Don Diamnot made history as the first soap actor to be listed in People magazine’s coveted 50 Most Beautiful People list. He also made People’s 2009 Sexiest Man Alive edition. While he’s been heating up the B&B screens since 2009 as Bill Spencer, prior to that, fans fell in love with Diamont as Brad Carlton on Y&R. It’s clear, this talented and handsome actor enjoys his work, he also believes in making a difference. Inspired after his niece Alyssa developed multiple sclerosis (MS), he is also the founder of the Don Diamont/Alyssa Mazur Foundation, where proceeds are raised for MS research. He was awarded the Ambassador of the Year by the National Multiple Sclerosis Society for his hard work and dedication to MS research.

Yet another DOOL alumni who started off on the soap Passions, Galen Gering played Officer Luis Lopez-Fitzgerald from 2000 to 2008. Shortly after Passions got taken off the air, Gering joined the residents of Salem as FBI agent Rafe Hernandez and played bodyguard to Sami Brady while she was in the witness protection program. Hernadez not only won Sami’s love and affection, he has grown to become one of the most popular characters on DOOL as time has worn on. Who knows what’s in store for this hunky lead actor? A love affair soon with legendary soap queen, Hope Williams?

6. Steve Burton – Dylan McAvoy – The Young and the Restless

Steve Burton is probably best known for his ever-popular role on GH, playing bad boy Jason Morgan. A role he grew into when he joined the cast in 1991, he ended up leaving the show in 2012. Many were surprised when he joined the Y&R in early 2013 playing Dylan McAvoy, a war veteran with a heart of gold, who’s Nikki Newman’s long lost son, but he’s been able to etch a significant role within this soap by creating a unique character that is worlds apart from GH’s Jason. He’s also enjoyed many leading ladies over his three-year tenure with the show, having steamy love affairs with Avery Clark, Chelsea Lawson, and now Sharon Newman.

So he may be Lulu’s bad books right now, but that probably won’t last too long. Dominic Zamprogna entered the GH role of Dante Falconeri, police detective and illegitimate son of mobster Sonny Corinthos, in 2009 and has had audiences reeling ever since. This handsome Canadian-born actor is not only extremely sexy, but also quite talented, earning a Daytime Emmy nod in 2014, for the category of Outstanding Supporting Actor. He’s also married with three daughters, aged five, three, and eight months.

At 49 years of age, Kanan is still able to make audiences swoon as Deacon Sharpe on B&B, a character that has flipped flopped between this show, and its sister show, the Y&R. Many fans may also be familiar with Kanan’s portrayal as AJ Quartermine on GH. However interestingly enough, Kanan’s big break into show biz was his role as Mike Barnes, in the Hollywood flick, The Karate Kid III.

Handsome Aussie Actor Alexander Bruszt burst onto the DOOL scene in late 2015, and has not only been swooning the ladies in Salem, but also Days fans watching at home. Bruszt won his opportunity to play the DOOL Flynn Thompson character in a contest. Over 300 people entered Foxtel Arena’s online competition, but when all was said and done, the coveted role was handed to Bruszt. Here’s hoping we see more of the ruggedly handsome Australian doctor, in 2016.

2. Daniel Goddard – Cane Ashby – The Young and the Restless

Speaking of handsome Australians, many fans will agree, Lily Winters is one lucky lady to have Cane all to herself (for the most part) since the Aussie flew into Genoa City approximately nine years ago. While Ashby has brought his fair share of baggage into the relationship, as he was once thought to be Phillip Chancellor (but then wasn’t), and was also believed to be dead (but then wasn’t). What he’s also brought is a tremendous amount of sex appeal, romance, and incredible love scenes. Daniel Goddard started in the Y&R in 2007, and fans can undoubtedly agree, he remains one of the most popular (and sexiest) characters on the daytime soap to this day.

Billy Miller tops this list for his charm, sex appeal, and that irresistible smile! Fans fell in love with as Billy Abbott on the Y&R, when he entered the role in 2008. Evolving the spoiled brat character into a charmer with a true heart of gold, when it was announced that Miller was leaving the role in early 2014, Y&R fans were outraged. Alas, the Y&R’s loss, was GH’s gain, and Miller continues to heat up daytime television sets everywhere in the coveted role (that Steve Burton made famous), as Jason Morgan. So far Jason has been able to win back Liz’s heart, and has Sam hot on his trails, not only because of his good looks, but also because of the incredible strengthen, loyalty, and kind heart that Jason has.