12 Celebrity Relationships No One Supported 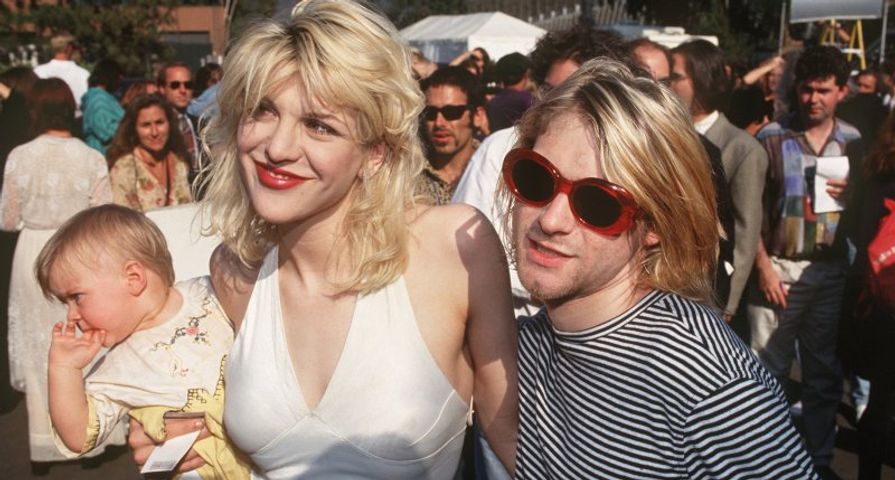 There are certain celebrity couples that you can’t help but root for and any sense of romance drama is cause for concern and social media panic. There are also those other types of celebrity relationships that have the power to take over our tabloids and become the bane of our existence. This list takes a look at those annoying relationships that we’re hoping will crash and burn.

So these two may have had some supporters who were proud to finally see a bit of a Hollywood reversal in gender and age difference, but this relationship flabbergasted most fans. With a 15-year age difference between the two, Ashton was actually closer in age to Demi’s daughter Rumer Willis than to her. Their marriage lasted from 2005-2013, but came to a crashing tabloid end when Kutcher was revealed to be cheating on Moore. There weren’t too many tears shed by fans over the split, and Kutcher has since wed his That ‘70s Show co-star Mila Kunis to most peoples’ great delight as the couple seems like a much better fit! The dissolution of the Moore-Kutcher relationship in no way undermines the power of the cougar! Grrr!

Alright, so we can admit that we were happy to keep the “Bennifer” name tag past its original inauguration, but right from the get-go, this couple seemed mismatched. From their Razzie Award winning beginning on Gigli to the $2.5-million-dollar pink diamond engagement ring, this couple had us wanting to upchuck over their facade of lovey-dovey bliss. If it seems too good to be true, it probably is. With Affleck’s recent split from Jennifer part-two Garner, rumors have been flying about a potential rekindling of romance for Bennifer the first. If at first you don’t succeed…

Get off the couch Tom! Tom was so stoked about his relationship with Katie Holmes back in 2005, he made Oprah’s couch a trampoline. But he was the only one that was excited about the union. With increasingly erratic behavior and involvement with the Church of Scientology, fans were worried about what would be in store for Katie. Rumors began to fly almost immediately about Katie’s growing isolation and pressures to conform to Tom’s controlling ways. The couple split in 2012 and Holmes was upfront about her fears of Cruise abducting their daughter Suri and intimidation from the Church of Scientology. Since their divorce, Holmes has returned to the Catholic Church and has custody of their daughter. You go girl!

Selena Gomez and Justin Bieber ended up being a popular young couple…but when rumors of their relationship first began to surface it was an entirely different story. Justin Bieber has a lot of crazed female fans and when they heard their favorite pop singer was off the market it didn’t sit well with them. It was reported that Selena was getting death threats and nasty messages over social media from beliebers all over. It took a while for fans to warm up to the idea of Justin’s heart belonging to another young woman, but now that fans know it was true love — they think the relationship was adorable. The two have parted ways since all of this, but remain extremely cordial with one another (Justin has even been teasing rumors that the two will get back together with throwback photos on social media), but a lot of people are rooting to see Jelena back together again!

These two are vile fame chasers that may have finally left our tabloid cover pages. Speidi graced pop culture with their fabricated melodrama after their relationship became a focal point on the teen series The Hills. Since then, they’ve continued their obnoxious shoving of their egos down our throats on the reality TV circuit, in books about how to be famous, and most recently, in their filing for a fake divorce, which was later withdrawn. The bronzer and bleach this couple must go through is unfathomable, and their incessant need to be in the limelight, may have finally burst the bulbs. Here’s to hoping!

These two are so insanely annoying on their own, but together, they are an epic force of awfulness. While Kanye may actually have some talent to garner him the attention he receives, his god complex combined with Kim’s ego are an unprecedented force of tabloid melodrama. From Grammy rants, to matching outfits, to obscurely naming their children North and Saint, these two have no shame. If Hollywood has taught us anything however, it is that nothing lasts forever, and with these two, that’s a good thing!

These two were the Sid and Nancy of a new generation. Amy Winehouse and Blake Fielder-Civil had a drug dependent relationship that ultimately led to Amy’s untimely death. The two were toxic for one another. It’s been said that Blake was simply using Amy for her fame and cash flow, but their on and off again relationship was fueled by their addiction and fractured lifestyles. Amy admitted to becoming violent towards him while she was intoxicated and Amy’s parents and in-laws publicly raised concerns that the couple would commit suicide together. The two ultimately divorced because of infidelity, but Amy’s battle with addiction continued. She joined the “27 Club” when she passed away of alcohol poisoning in 2011.

Nancy Spungen was known by the press in the 1970s as “Nauseating Nancy” for her outlandish behavior and drug fueled abusive relationship with Sex Pistols bass player Sid Vicious. This relationship was so toxic it ended with Sid being charged with Nancy’s murder after she was found stabbed to death in their hotel room. He died of a drug overdose prior to any court proceedings, but the court of public opinion largely agrees with his culpability.

Brangelina; enough said. These two are operating a baby factory that is forever permeating our consciousness. The two seemed to have set out on some kind of goodwill mission, and that’s great…but we get it! Now go away! The two even star alongside one another in By the Sea, a film written and directed by Angelina. Yeah, we get it. You guys are beautiful, have a wonderfully large family, big hearts full of social awareness, and the ability to write, direct, and act in your own movies…so what?!

This relationship raised a lot of eyebrows for a lot of different reasons. Don’t get us wrong, we want to see Gwen after hearing the heartbreaking story about how her marriage fell apart, but Gwen and Blake were rumored to be dating before the dust even settled from their divorces, and people began to speculate the timing of it all. Blake and his ex-wife Miranda Lambert were a popular duo, so when the two split it disappointed a lot of fans. Seeing him move on so quickly with his co-star on The Voice didn’t sit well. There was also some speculation as to whether the relationship was real or not! Their strange flirtation and over-the-top PDA had a staged feel and there were rumors floating around that it was set up by NBC to increase ratings for the show. However, the show is over and the couple is still together now, but a lot of people are hoping they call it quits and go away!

Even though these two were the masters of their grunge band domain, fans were horrified by the relationship between Hole singer Courtney Love and Nirvana frontman Kurt Cobain. They’re basically the Yoko and Lennon of the 90s generation. Courtney was widely accused to be the fuel behind Cobain’s drug addiction and manic behavior. After Cobain’s suicide in 1994, many fans even went so far to as accuse Love of murder, having taken away the most influential voice of the X-generation. Due to Love’s continued struggles with drugs and alcohol, her career has tanked and fans have continued to shun her.

Why’d you gotta go and break up the band, Yoko? John Lennon went from singing with the most successful band of all time, to dropping out of the pop circuit and pursuing peace and love from the bed he shared with Yoko. Obviously, peace and love are noble pursuits but it was the Beatles, man! Plus, his iconic status as an international symbol of peace left him particularly vulnerable to political persecution. Yoko is largely believed by fans to be responsible for our beloved rock band’s dissolution, and it’s well-known that the other band members did not like the avant-garde artist. The couple’s move to NYC to be closer to the peace movement is where Lennon was tragically shot, and resultantly, Yoko’s even been blamed by some fans for his death! Forty years after Lennon’s death, Paul McCartney has come forward to defend Yoko, saying that she wasn’t responsible for the split of the famous four…but it may be too little too late!